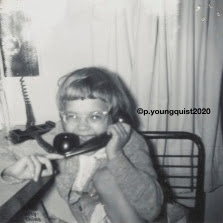 An engaging phone conversation is something yours truly has always appreciated, as evidenced by this photo of yours truly taken in bygone (way bygone years).

In a recent FB post on my personal FB Page,  I mentioned how grateful I was that Jenny from Santa Barbara had phoned me to see how I was faring in the lockdowns brought on by the coronavirus pandemic while still dealing with the aftermath of my broken greater tuberosity.

As I stated in that entry, it was such a blessing to speak with someone who didn't set their phone down and walk away from it while still talking to me, making it so difficult for me to hear.

I am mortified at myself for wasting precious moments of life struggling to hear someone who is doing so many things while talking to me.

I guess that's the point. People who do this are talking TO me NOT talking WITH me and I've gotten so used to it I hadn't realized how it made me feel...

Until I had A REAL conversation with Jenny last week.

AND MUCH TO MY DELIGHT, IT HAPPENED AGAIN!

This past Friday, I had a real and wonderful conversation with an out of NY state a woman named MH, who I only know through Facebook and she phoned me for the same reason that Jenny had: To see how I was faring in the lockdowns brought on by the pandemic while still dealing with the aftermath of my broken greater tuberosity.

I have often phoned people who I know are alone to see how they are doing and I hope it means as much to them as it does to me.

In any event, in the aftermath of my loving with conversation MH, I felt a sense of mourning for all the time lost straining to hear those who are talking away from afar while I hang on their every word and I could not even sleep.

Rather than fight the tossing and turning, I got up, and for the first time since living in my place, I went into my garden when it was still dark and uttered my own types of prayers while birds waking from their slumber chirped away, engaging with each other in their lyric conversation.

Eventually I went back inside to work on my column submission and heard a bird singing at the top of his/her beak and was thrilled (understatement) to see an American robin had stopped by!


I was not the only one to enjoy the red-breasted songster.

A male house sparrow looked down on this sighting from the vantage point of an Ailanthus tree in the courtyard.


It wasn't long before a blue jay stopped by for some breakfast followed by a Mourning dove with smiling eyes.


Not to be outdone by a robin songster, a European starling had his own song to sing and even did so with a beak full of breakfast.


Many more Mourning doves flew in for breakfast as did pigeons.


Not all of the pigeons came to nosh. One came to sip water from one of the many puddles that I had as a result of such heavy rainfall.


Other pigeons bonded in such a loving manner that even a Northern mockingbird took notice.

I realized how much time had passed while I observed their antics and I went back to work and it was while sitting at my desk, that I heard in the distance, beautiful familiar songs that are clear down-slurred or two-parted whistles, speeding up and ending in a slow trill. Each one lasted 2 to 3 seconds. The syllables sounding like the bird was singing cheer, cheer, cheer or birdie, birdie, birdie.

As the songs got louder I was very careful to approach my window as not to frighten my guest whom I knew from the songs was a Northern cardinal...


...and sure enough, much to my wondering eyes a cardinal was enjoying my garden, but not nearly as much as I enjoyed him.


By the way, all of these bird types are included in my book series, Words In Our Beak.


Soon after my guest-filled day I got a phone call from someone (Adam B) I know who worked at my local greenmarket (I've written about him and his wife in one of my blog posts).

Most grateful for so many blessings during this pandemic and for an inner healing re certain interactions with others. I have not been out of my apartment (except to go down for my mail and be in my garden) for one week in keeping with our mayor and governor's request to shelter at home, especially if a risk factor is involved as is the case with me.

Therefore, I am most grateful for so many blessings during this pandemic (including a major one from TT and my sister) and I'm also grateful for an inner healing re certain interactions with others.

The evening after I published this post, it was bought to my attention that the third night of the 7PM clapping /cheering session (that has been dubbed #ClapBecauseWeCare) for these often unsung and underpaid heroes, just took place.

Many people participated but I only took a couple of pictures as I can't clap and take pictures at the same time.


As I've mentioned here on Blogger, my dearly departed grandmother was a nurse. 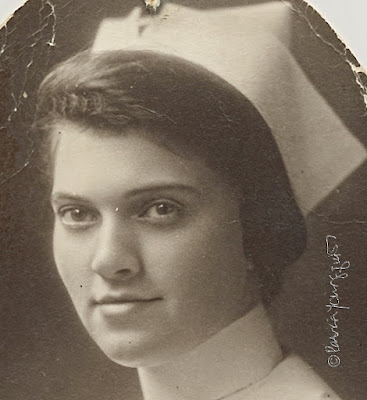 She met my grandfather when he was her patient and years later, they welcomed their first child who just happens to be yours truly. 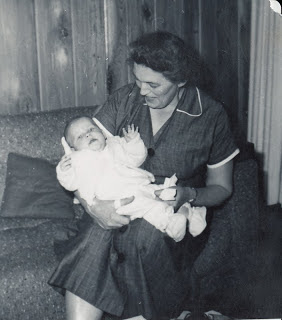