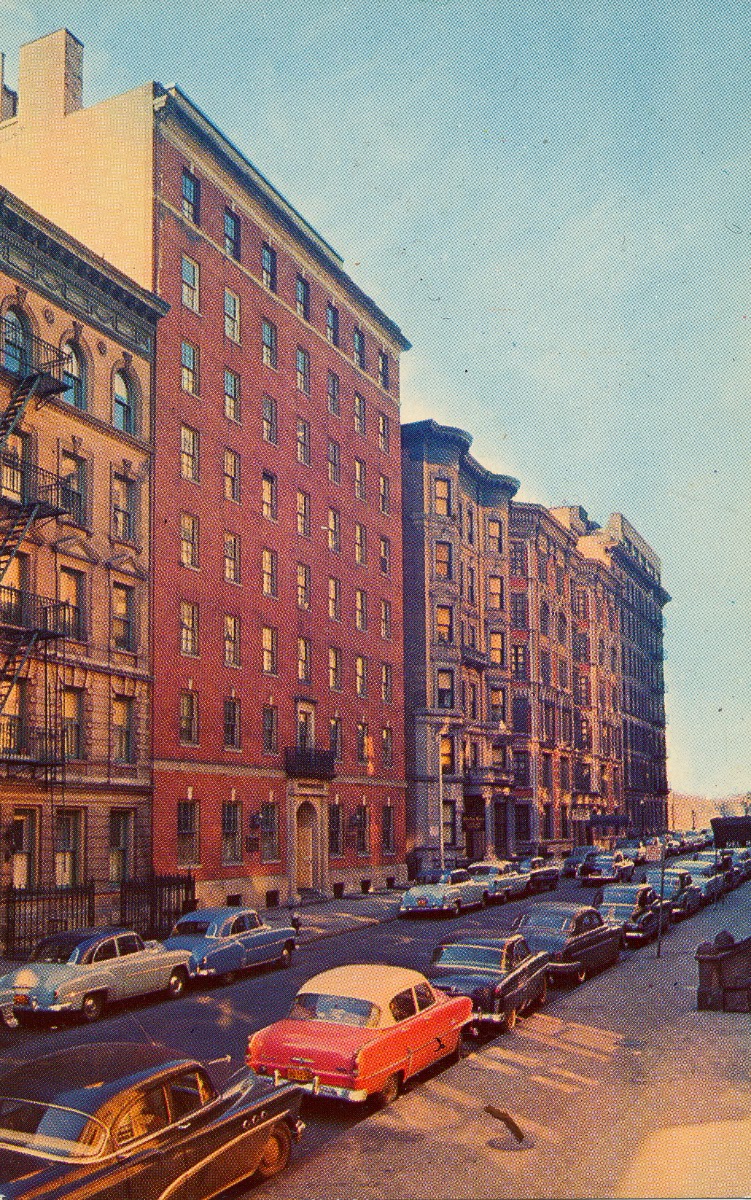 I didn’t have a place to live when I moved from Illinois to Manhattan, but I had read about a rooming house in an issue of Cosmopolitan magazine, saying it was “a good place to start in Manhattan,” and it also said there was a stage in the back of the lobby, indicating it was used for theatrical productions.

This made me think of The Footlights Club from Stage Door, a 1937 film chronicling a number of hopeful artists living in a rooming house in Manhattan.

When I arrived at the rooming house at 9:00 PM, an old man with thick white eye-brows growled at me from behind a reception desk, telling me no one was allowed to move in at night; I’d have to come back another day.

I returned the following morning, and an administrator—without even taking the pencil out of her mouth—informed me, “We’re in the process of painting several rooms. Go toThe Y!”

“It’s full there,” I lied, having never considered YWCA. I kept thinking about the article in Cosmo and said, “I’ll paint a room, if I can stay.”

She put down her pencil, glaring at me. “Here’s the keys to 501,” she said, then pointing to the camera that was slung over my shoulder, she grimaced, “What’s that?”

I told her I’d come to Manhattan to write, do photography, and possibly acting. She warned me that I better find a “real” job first.

Before I headed to 501, I stopped to peek at the stage that Cosmo had written about, and found it to be full of torn cartons containing worn out clothing and chipped dishes. It looked as if it had been a long time since that stage had been used for anything besides storage; and I began wondering how old the issue of Cosmo that I’d read might’ve been.

I was glad to find 501 was at the end of the hall; not squeezed between two rooms. A cot was shoved against a wall. There was a thickly painted white dresser with a matching desk opposite it.

I pulled down the shade, thinking how claustrophobic 501 already seemed.