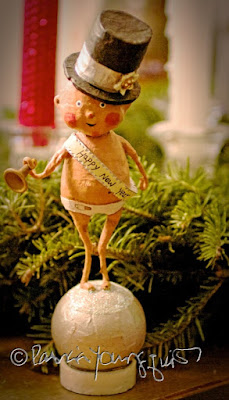 Happy New Year, dear reader. Hope you had a joy-filled New Year's Eve! As for me, I spent part of mine watching the fireworks in Central Park. It was quite a rainy Eve but that did not deter people from enjoying the display, and at least we could have umbrellas!

I'm told umbrellas aren't allowed in the areas where people go to view the ball drop in Time Square, but as I said in an FB post, that event has never interested me.

Bringing in a New Year by being in nearby Central Park with mostly 'hood people who are viewing the display of fireworks (some pictures of this year's"show" can be seen directly below) has been my standard for many years; and in fact, I wrote about this event a number of times here on Blogger, including a 2011 entry. 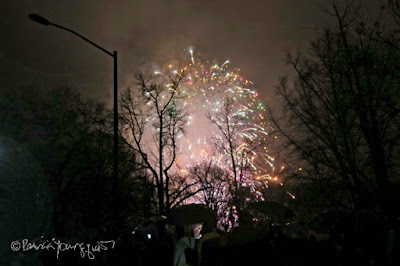 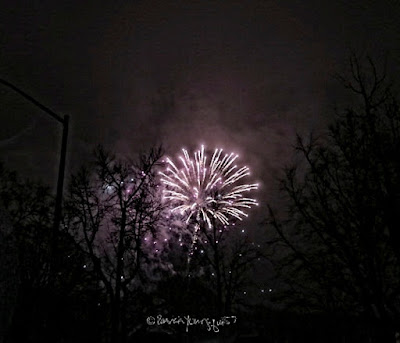 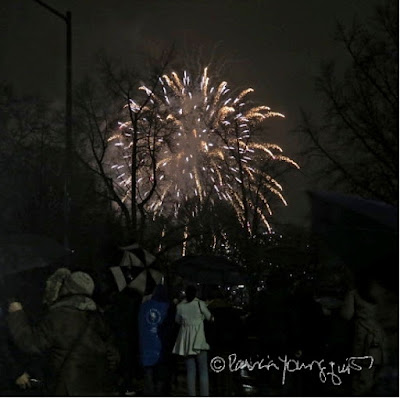 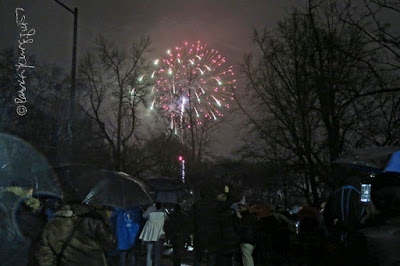 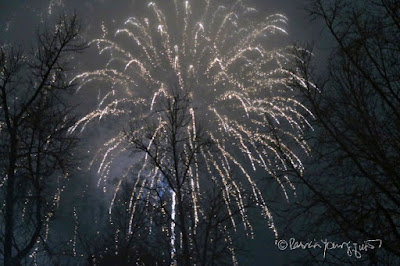 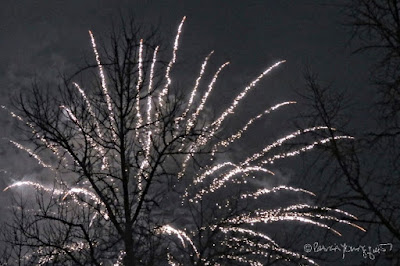 On another note, not only is today the first day of 2019, it's also The Eighth Day of Christmas, the day when someones's true love (according to a song) gave to them eight maids a milking, seven swans a swimming, six geese a laying, five golden rings, four calling birds, three French hens, two turtle doves and a partridge in a pear tree.

A web-page (The 12 Birds of Christmas) has this to say re The Eighth Day of Christmas: "... on this day, here be eight Magpies. Magpies are black birds with milky white patches. Magpies are birds full of power and are portents used in fortune-telling. Eight has many different meanings symbolically, but one very important one is a new beginning. Different numbers of magpies can mean different things, 'five for silver, six for gold, seven for a secret never told,' but eight magpies remind us to put the old behind us as we start afresh. A strong argument could be made for doves or pigeons as alternative maids a-milking, because of their crop milk – a secretion that parent birds regurgitate into the gaping gullets of baby birds. Doves are symbolic of peace and purity, but pigeons are not."

Now, in honor of Christmas's Eighth Day, I've posted my three photos (below) of a figurine based on today's occasion. It depicts eight maids a milking I especially like this decoration because of my love of cows. 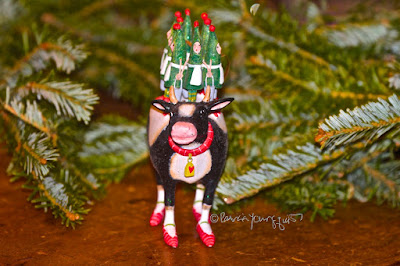 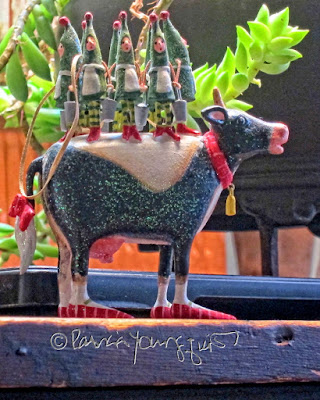 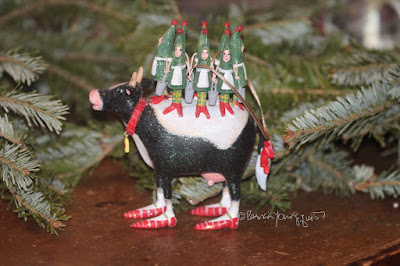 Cows have been one of my favorite animals since I was a young child. Moreover, a photo colleague of a of a cow with children that I created years ago (and can be seen directly below) is featured in the Black and White Gallery of my web-site, patriciayoungquist.com

The site was designed by Chris Deatherage, who edited and formatted the hard cover versions of my Words In Our Beak book series.

These make a great gift during these remaining Twelve Days of Christmas and beyond. Here is the purchase info for the series: