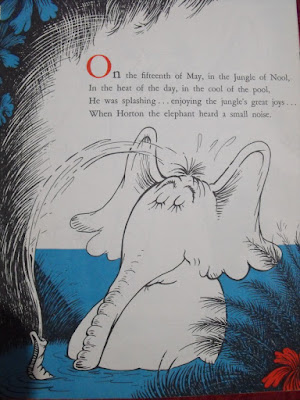 Today is May 15th, a date that evidently has significant implications to Dr. Seuss, for he mentions it at the beginning of Horton Hears a Who (featured in the image atop this entry) The Seven Lady Godivas and in If I Ran the Zoo.
This past March, the latter of the aforementioned books along with five others (featured in an uncredited web-image below) were pulled from any re-publication in the future, due to accusations that they contain racist's  undertones.

But getting back to the date of May 15th, acccording to multiple sources, it was also the day that Seuss was elected as editor-in-chief of the Dartmouth school newspaper, The Jack-O'-Lantern.
As for me and May 15th, I have referenced it's connection with Horton hearing a who while being in the Jungle of Nool in a number of posts within this blog.
Today, I'd like to reiterate Horton's main message: "A person's a person, no matter how small," for I've spoken about this on other occasions, including the time (5-15-2017) when I put on spin on Seuss's wisdom and proclaimed, "a flower is a flower no matter how small."
I've been told by a number of people that I am "lucky" to find pleasure in little things no matter how small, such as details on flower who've I seen (a couple of examples can be found in the following photo-ops) when walking in Central Park. 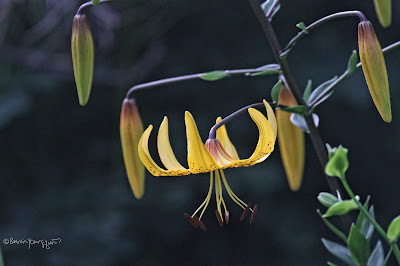 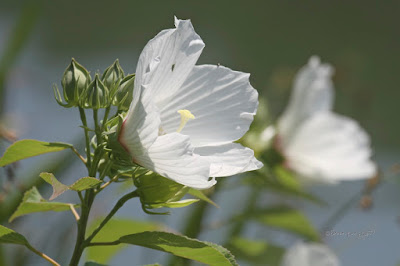 Moreover, it seems birds, such as the female cardinal featured in the next image... 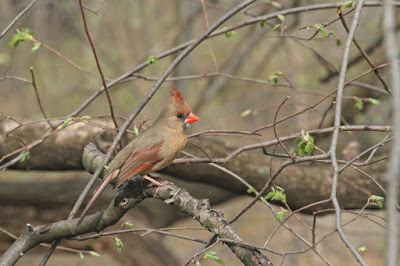 ... appreciate things, "no matter how small."
Even though over the years I've referenced Horton and his message, I still come across various takes on the importance and today is no exception for I came across an interpetation expressed by Leroy Seat, a blogger, who states,"...we must, like Horton, hear the cries of other people, no matter how small or insignificant they may be in the world’s eyes. If anything,  Scripture instructs us to take special care of those people—especially widows, orphans, and prisoners—who are downtrodden and have been marginalized from the spheres of influence in our society... And that is something worth considering on this fifteenth of May, even if you are not in the Jungle of Nool!"
However, if you do decide to make a trip to The Jungle of Nool, you might want to consider taking copies of my book series (Words In Our Beak) to read as you travel to Nool (it's a long trip).

These books are directed to children and adults who are curious about birds (as well as gardening) and who want to learn about these topics from a unique perspective. The narrator of the stories in my books is a female cardinal named Cam.

And images from my books (as well as from other venues) can be rendered by FAA (AKA Fine Art America) on to an array of surfaces for wall-art as well as on to items for personal use (including totes, face-masks, note-cards and jigsaw puzzles).

All of the "merchandise" mention here make great gifts for any occasion, include Father's Day which will be here next month!