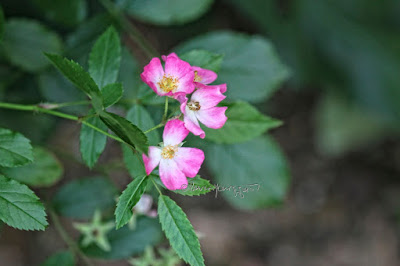 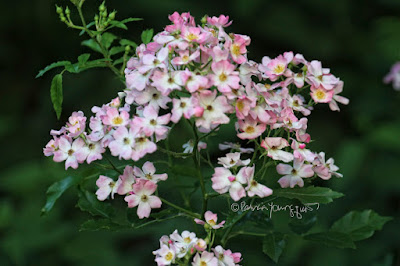 Today is an unofficial holiday known as National Pink Day!

This year, I'm honoring the holiday by sharing some photos (atop this entry) that I took of various pink flowers during my "Saturday in the park" (yesterday). [Those of you who regularly read this blog know that often when I spent time in Riverside Park or Central Park on a Saturday I refer to the golden oldie by the band Chicago.]

I confess that I do not know the names of the flowers featured in the first two pictures, but the flowers in the third photograph (as well as in the ones directly below) are a Hydrangea macrophylla variety. 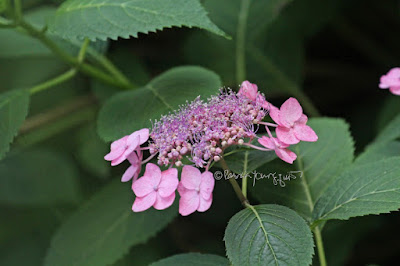 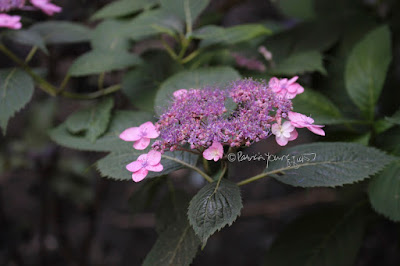 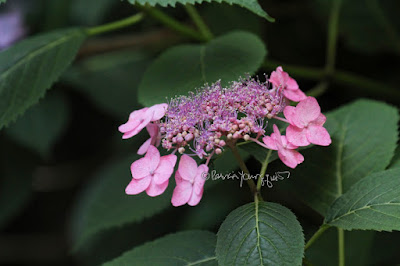 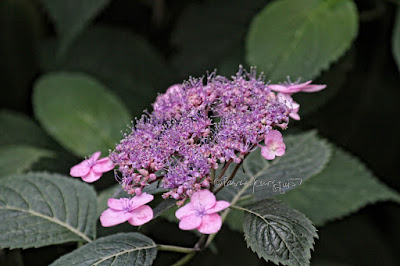 I learned their identity through the courtesy of a passerby who identified herself as Samantha.

She saw me photographing these flowers and she also admired their awesome pink hues as well as the periwinkle variety (seen in the next set of pictures). 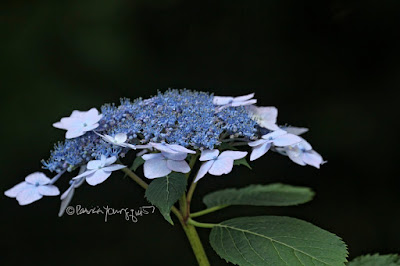 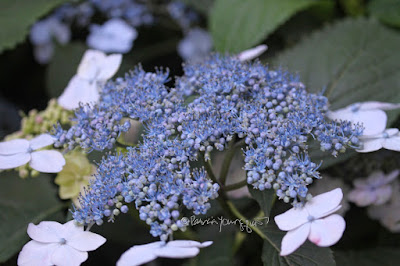 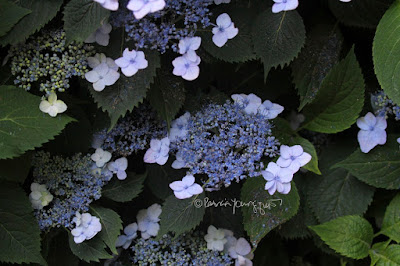 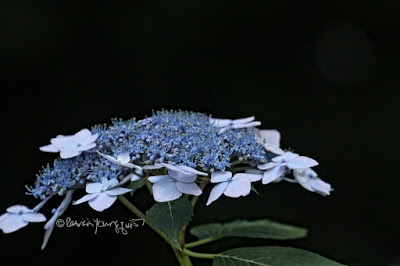 Samantha was peeved that she could not think of the name of the flower to which I casually referenced those who use their phones to identify songs playing in various places of business simply by aiming their phone toward the sound. "There ought to be an AP to ID the flora in Central Park," I quipped.

As soon as I uttered those words, she pulled out her smart phone, and found an AP that ID-ed the flowers we so admired. 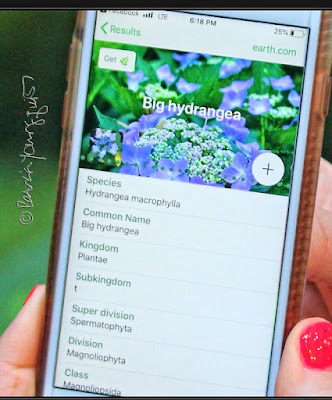 Samantha and I were not the only ones enjoying the Hydrangea Macrophylla, a number of bees were taking nourishment from these flowers.

But it did seem that the bees were not tickled pink by that color of hydrangea, nor did they seem interested in being "in the pink." With that thought dear reader, I'll leave you with this info on the in-the-pink-idiom for National Pink Day:

According to Grammarist, "In the pink is an idiom that dates back at least the 1600s, but has a very unexpected origin... (and) In the pink is an English idiom that means to be at the peak of health, to be in perfect condition. The expression in the pink to mean to be at the peak of health goes back to the 1500s when the word pink did not refer to a color. At that time, the word pink referred to a certain type of flower called dianthus, still referred to as pinks in the English vernacular, today. Pinks, the flowers, were considered the pinnacle of floral design and so the word pink came to mean anything that was the pinnacle of excellence. The word pink is derived from the Danish term pinck oogen, which translates as half-closed eyes or small eyes, a clear reference to the appearance of the dianthus flower. Unbelievably, the word pink to mean a color was not used until the end of the 1700s, and not in general use until the 1800s."
Posted by The Last Leaf Gardener