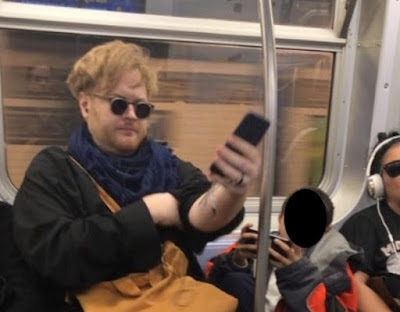 The photo atop this entry is from a story that went viral after a young boy sprawled across a few subway seats, refusing to move so others could sit down, and one passenger retaliated by sitting on top of him. Comments from those siding with the passenger to those who took the judge-ye-lest-ye-be-not-judged approach with the little boy were all over the Internet.

I thought of this breaking news story when I came across a few turtles sitting on a log that was within the lake in Central Park as seen in the next photo. 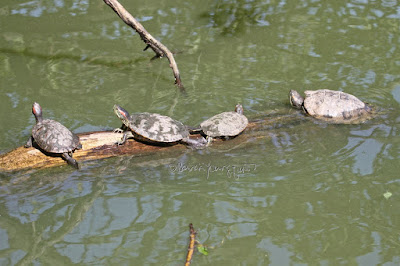 As you can see three of them were resting upon the log, while another (far right) swam towards it.

Evidently he /she soon noticed the small space between the two turtles at the left... 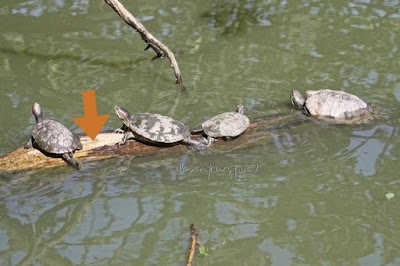 ... for he/she began swimming towards it in order to grab a seat on the log, much like public  transit passengers make their way to get an available seat. 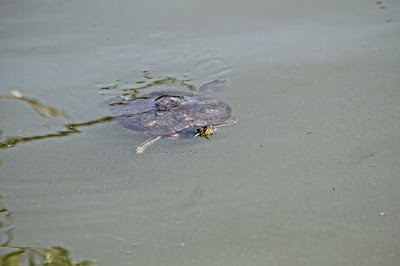 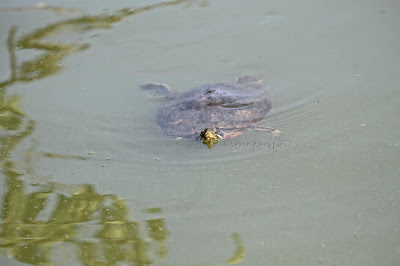 But unlike people on a crowded train, turtles left space in the event that another one need to join them on the crowded log. 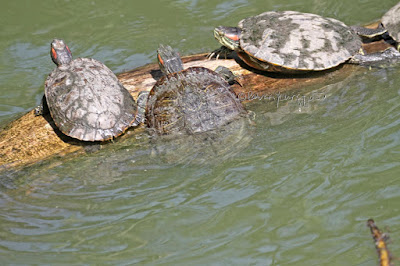 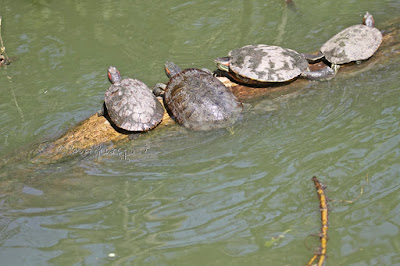 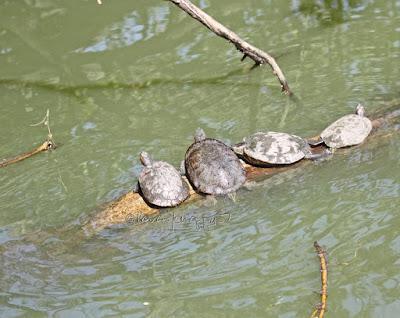 Seeing these turtles getting along did cause me to think of a song ("So Happy Together") by a band called The Turtles. However, as you may recall from my prior entries here on Blogger, turtles will do as this irate passenger did: pop atop another being;

as evidenced in the folowing set of pictures. 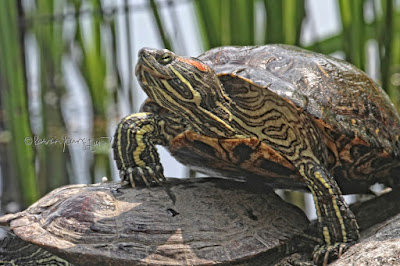 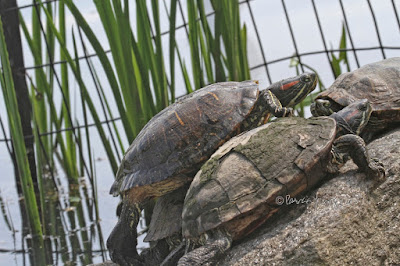 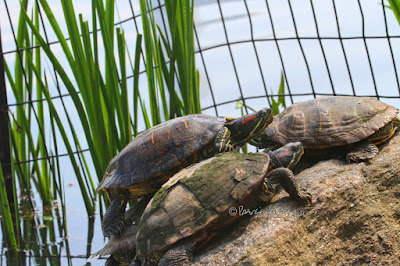 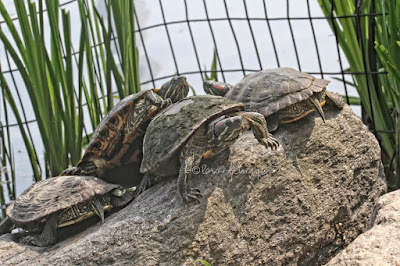 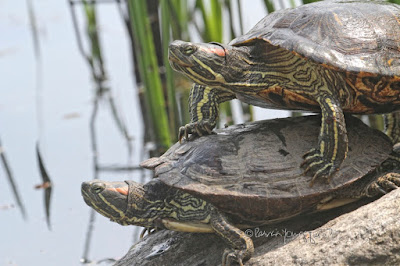 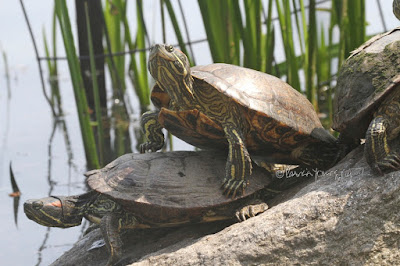 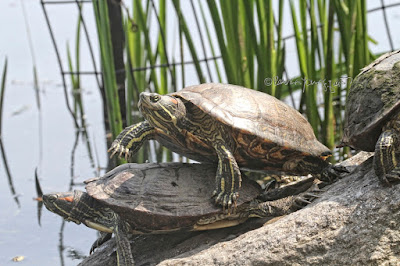 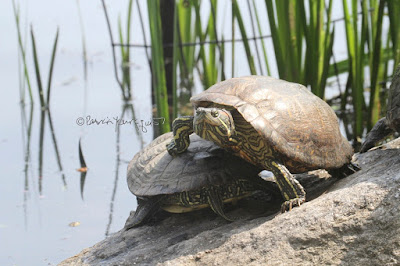 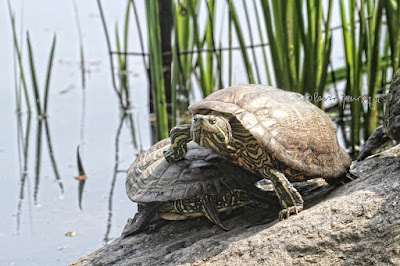 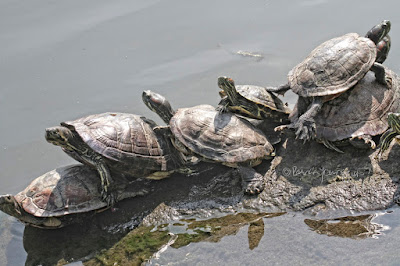 Rather turtles make room for one another or "invade" each other's personal space, I find them to be very inspiring. And, as you may know, dear reader, the shells of turtles are the inspiration for my kaleidoscopic photographic print titled Turtle Pond, which is pictured below...


... and is available in many sizes via Fine Art America (or FAA) who can print wall art on an array of surfaces (wood, canvas, acrylic, metal and more) as well as on a number of items for the home (including pillows and duvet covers). Additionally FAA can reproduce my images on items for personal use (such as tote bags and greeting cards).
Posted by The Last Leaf Gardener