This Friday's Facts are about COSMOS! 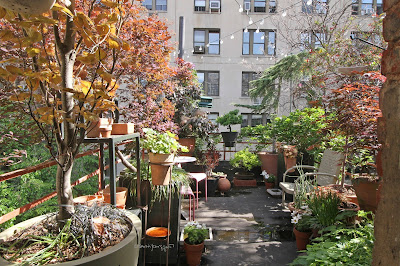 The lyric lines, "what a differnce a day makes," often come to my mind, especially in terms of my roof extension garden, which is featured in the photo atop this entry. I took the photograph this morning. As you can surmise the sun is shining brightly and the flora which I grow here is thriving. I am always grateful for this, especially when weather conditions have threatened the growing process, for a couple of days ago we had such heavy rains (as seen in the image directly below), I had reason to believe (based on what has happened in bygone years with severe showers) that a number of just-now-coming-up flowers as well as buds might drop. 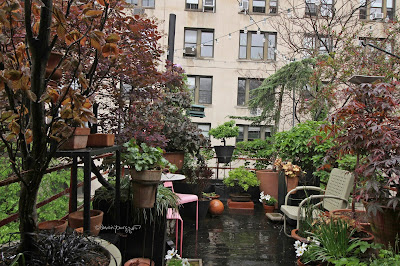 Naturally I was concerned about all the flora who are in their early 2021 blooming phase but I was especially concerned about my Cosmos.
I have three containers of them that were given to me this past Monday, and since, unlike my other flora which have been here for years (with the exception of my 'Ancot' GOLDEN SPIRIT which also arrived on that day), they were vulnerable to such heavy rain. It might be hard to distinguish them in the images so I've taken the liberty of making copies of the two images and adding diagrams to point out (see below) where my cosmos are in relation to other flora in my garden. 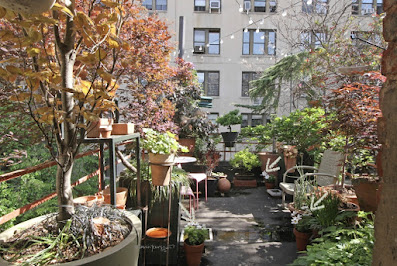 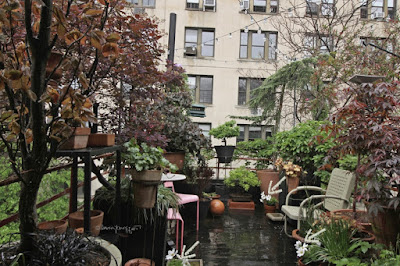 Aditionally, the next photo-op features what the Cosmos looked like before they were put into containers this past Monday.

In her article about these flowers ("Cosmos Flower Meaning and Symbolism"), the writer (who goes by Rebekah P) states, "The word 'cosmos' is a name given to the flower by Spanish priests who originally grew the flowers during their missions abroad. They were blown away by the flower’s petals, which are quite stately and evenly placed. As a result, they gave the flower the name “cosmos” to symbolize its order and harmony with the rest of the universe.
This is a direct derivative of the Greek word “kosmos,” which means world order. Greeks thought that the natural world existed in perfect harmony.
There are more than 20 known species of the cosmos flower, but all belong to the Compositae genus. These species are members of the Asteraceae family, which also includes daisies, sunflowers, and asters. "
She goes on to say, "Cosmos flowers are often used to symbolize order and harmony, due largely to the flower’s harmonious petals. However, the flower can also be viewed as symbolizing tranquility, peace, innocence, and love. "
This witer talks about all te diffent coora that Cosmos flowers can be and in terms of white ones, she explains, "White cosmos flowers usually symbolize purity and faithfulness in romantic love. "
For me, this white variety a welcome accent to my garden as their white coloring makes the various shades of burgundy and green, that my other flora types have, pop).
As you may know my place is the setting for my three volume hardcover book series Words In Our Beak.

The goal of these books is to open readers to a simple understanding of the winged world and their environment (including flora). Set in a rooftop urban garden (mine) in New York City, my story is told in the voice of Cam, a female cardinal, who visits it.

These books are directed to children and adults who are curious about birds (as well as gardening) and who want to learn about these topics from a unique perspective.