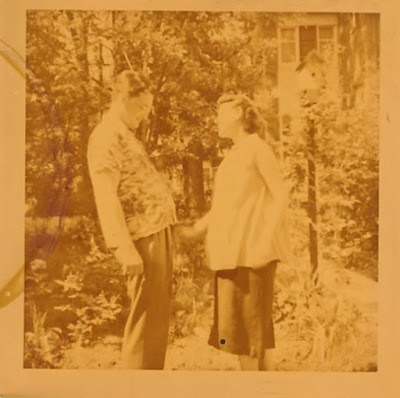 My mother, when she was pregnant with me, can be seen in the color snapshot featured atop this post. She can also be seen (pregnant with me) in the picture directly below. 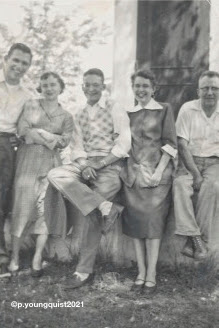 My mother looks radiant and dad seems happy too, but even after having two more daughters, their marriage fell apart when I was in grade school. He moved out of the house and she was inconsolable.
Perhaps because I'm the eldest child, she turned to me with her heavy heart and everything that was on her mind. For much of the time I felt like I was her mother on many levels.

Years, upon years, later I had an assignment to create an existing book and turn it into something else. I chose the book, "Are You My Mother?'" by P.D. Eastman. 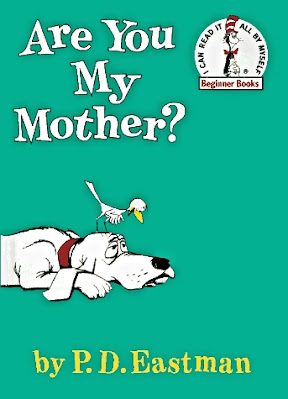 My endeavor re this is featured in the next image. 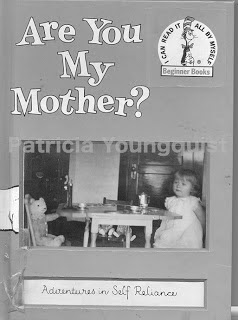 Having a dad move out physically and a mom move out emotionally prompted me to choose those words.
I'm certainly thinking of her on Mother's Day (although I don't need a holiday to do this) and of how my father's moving out robbed her of certain opportunities to focus on being a mom and me of opportunities to just be her daughter.
All of this perhaps sounds silly to you, dear reader, given how prevalent divorce is these days, but back during those times, it was not so prevalent, adding to the emotional noise.
Posted by The Last Leaf Gardener