A Recent Visit By Cardinals 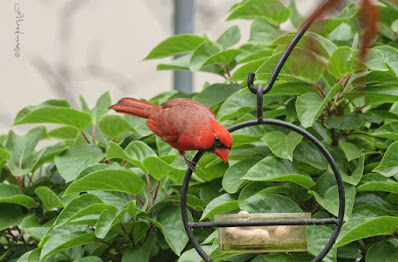 Last Monday, shortly after Juan V left from working with me in my garden, I had a visitor who happened to be a male Northern cardinal. He is featured in the imagr atop this entry which is very aimilar to the ones included in this past Tuesday's (5-4-2021) blog post.
As I stated in thse entry, "This incident was most welcome after having made my place more beautiful with yesterday's plantings. In any event the handsome creature is featured in the sequence of images atop this entry which serve as a play-by play to his discovering peanuts I had placed in a small petri-dish-style bird feeder, that hangs in close proximity to my lush pair of kiwi vines."
In any event this male cardinal's visit was followed by a visit from an array of other avian creatures including a very young female cardinal.
She may be his daughter as you might also surmise from looking at thr next sequence of photographs which were taken later that same afternoon. 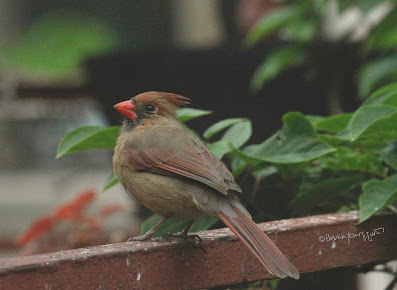 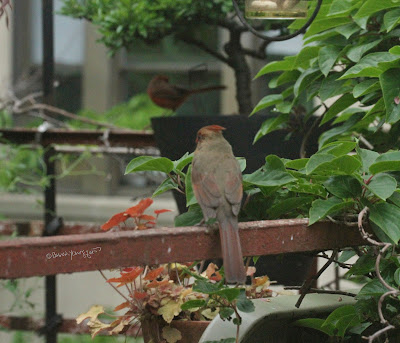 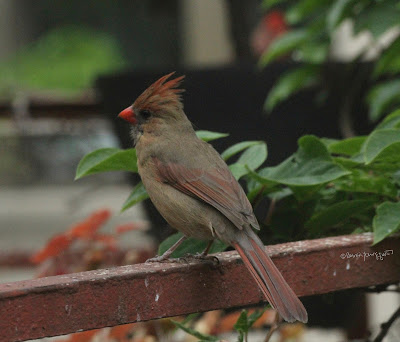 The reason I am guessing this little girl cardinal may be the daughter of the male who had visited me earlier is this: After I loaded my camera's memory card into my computer   and was able to see the images on a large monitor, I noticed a glimpse of red coloring towards the upper  right portion of the image and I'm thinking that might've ben him, watching over her.
At one point she turned her head to look towards that area (which is featured in the following photo-ops). 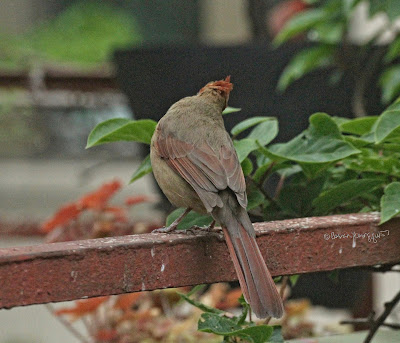 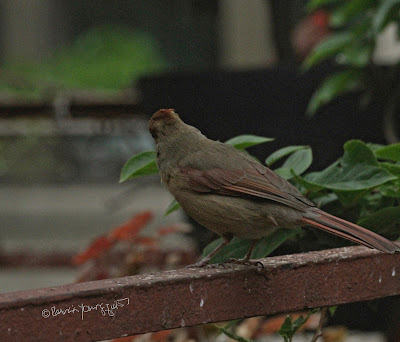 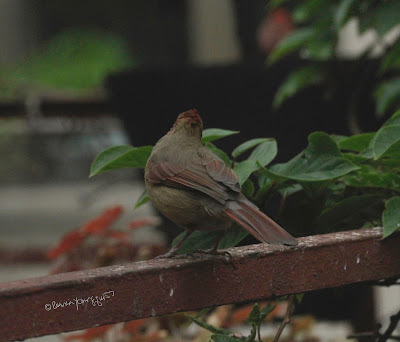 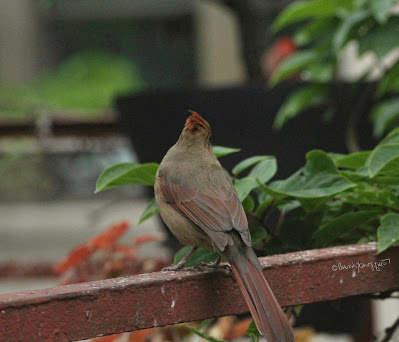 When she finally realized the male bird was there watching over her, confidence seemed  to be instilled in her and she went to the feeder he had been visiting. 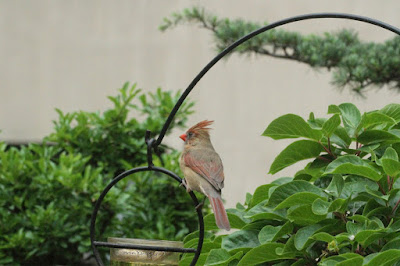 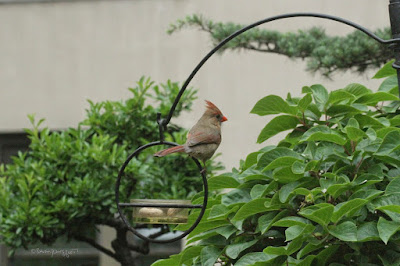 I never tire of observing the antics of the cardinals (or any other bird for that matter) and am so grateful I have been able to share my observations with others through my three volume hard-cover book series, Words In Our Beak.
All of the cardinal-themed "merchandise" mentioned here makes for a perfect gift on any occasion, but perhaps might be especially nice for an upcoming holiday next month, June 20th, 2021, which is Father's Day.
Posted by The Last Leaf Gardener