Patrick McDonnell has got this! "A little bird seed or a source of water goes a long way for wildlife!" (Wednesday's Wisdom) 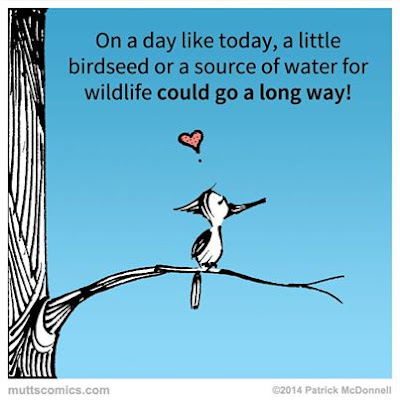 I completely agree with this bird featured the Mutts's drawing atop this entry (as anyone who reads this blog I'm a huge fan of Patrick McDonnell (the creator of the Mutts strip and related cartoons). Be that as it may,  it has been beyond bitter cold the past few days (and continues to be). I spent much of this last Saturday pouring hot water over the frozen water in my bird baths (that are in my garden) in order for the ice to melt and allow my visiting wildlife to take a drink or two.My "watering hole" had a lot of takers as evidenced in the next sequence of photo-ops, which include a lone squirrel... 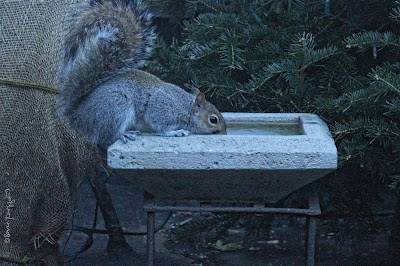 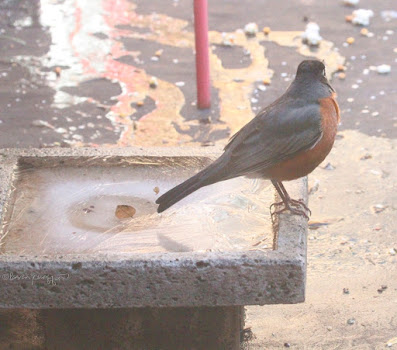 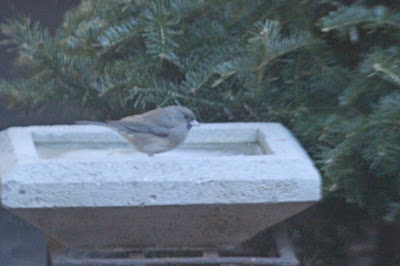 .... a lone Mourning dove and a couple of European starlings... 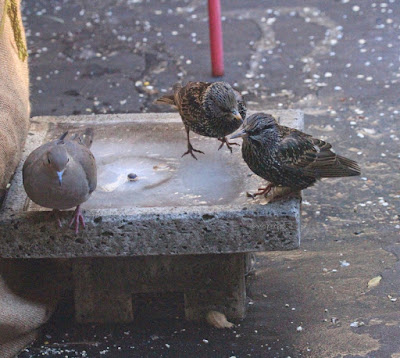 .... a lone Mourning dove and a couple of House sparrows... 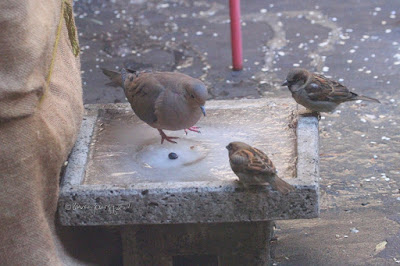 .... a couple of Mourning doves who were also joined by many more later in the day)... 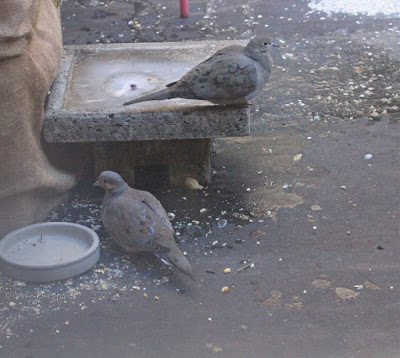 ... a couple of House sparrows who were also joined by many more later in the day)... 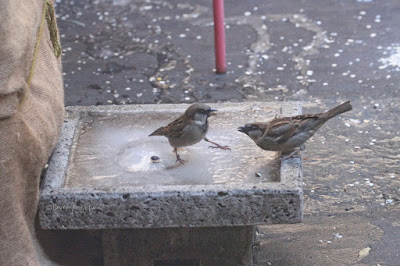 For your information, my garden is the setting for my three volume hardcoverbook series,  Words In Our Beak (WIOB).

These make a great gift to give to love birds who love birds on Valentine's Day, a holiday that will be here in less than two weeks!