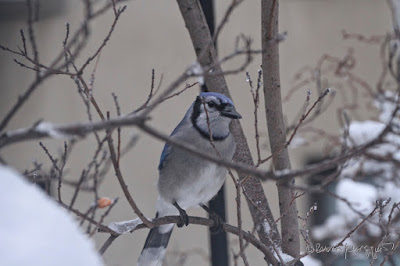 Results are in! A couple of hours prior to this seemingly pensive Blue jay (seen in the picture directly above) alighting on the branches of the smoke bush that I have in my garden, NYC's spokes-groundhog predicted an early spring. However, Phil, the spokes-groundhog for nearby Pennsylvania predicts six more weeks of winter. Either way, when it comes to groundhogs, Bill Vaughn has got this: "The groundhog is like most other prophets; it delivers its prediction and then disappears."

As for this jay perhaps he did not get the memo that spring may be early in the city where he is spending time (hence the somewhat serious look in his eyes), or  he may be thinking that he should've gotten out of Dodge before up to twenty-four inches of snow fell yesterday during our nor'easter.

A number of birds came here to dine during the storm, including a lone an American robin... 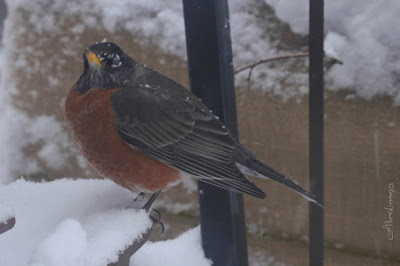 ...several Dark-eyed juncoes (one of which can be seen here)... 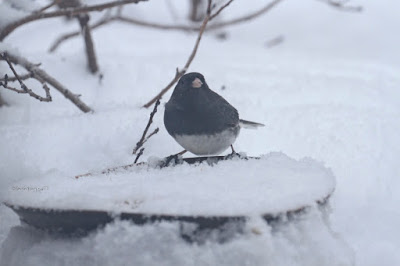 ...a number of European starlings (is featured in the next image)... 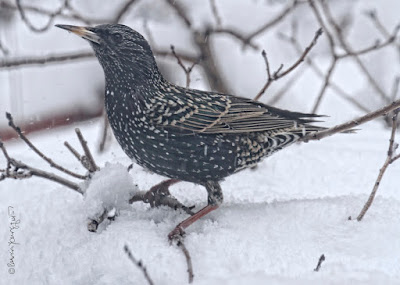 ... several House sparrows (just a mere fraction of them are included in the following picture)... 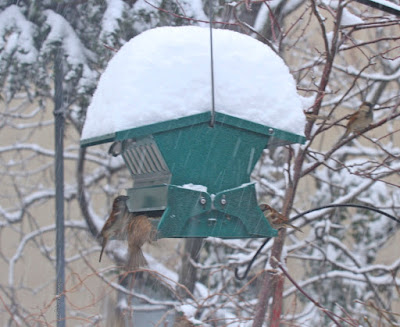 ... many Mourning doves (one of whom can be found in the photo-op directly below)... 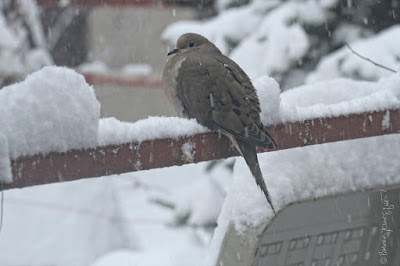 ... and a lone Northern mockingbird (who is the focus of the next photograph, alighting on the branches of the smoke bush )... 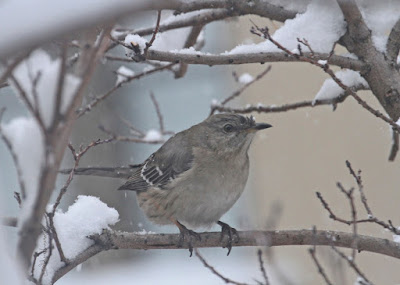 ... but jays were not among them. All the bird types seen here are featured in my three volume book series, Words In Our Beak (WIOB).

These books are nice to give to someone who may be in quarantine or lockdown (due to the coronavirus safety restrictions) as the stories in them can bring the outdoors into the homes of those who cannot go out and about.

And for your information, dear reader, even though Blue jays may not have made an apperance in during yesterday's nor'easter, they have visited me on countless occasions over the years and two images featuring those visits have been rendred on to note-cards by Fine Art America (AKA FAA).

They can be seen in the images below and either one makes a perfect Valentine's Day card for the one near and dear to you.

By the way, FAA can also render the images on to an array of surfaces; including acrylic...

Moreover they also offer framed images of my collection.

I hope the fact that jays are included in my collections on FAA brings today's lone visitor some consolation, for indeed his eyes seem to be sad... 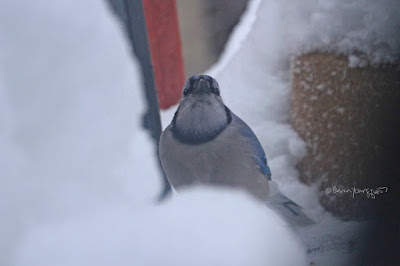 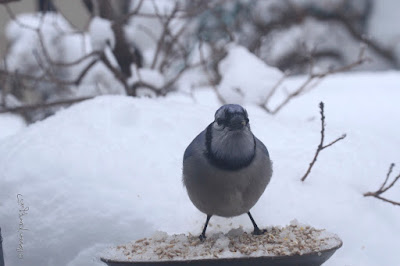 ...but having something to nosh on does seem to help his mood. 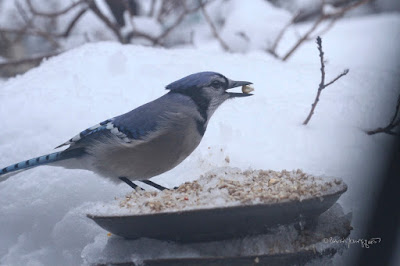 I wish him a safe winter and I wish you the same, dear reader, and that's my Tuesday's Truth for this 203rd episode of my series.
Posted by The Last Leaf Gardener