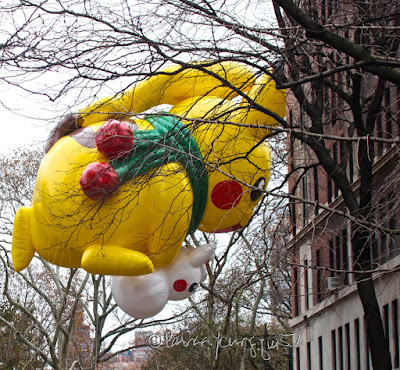 The creation of Pokémon took place on this day of February 27th in 1996. I confess that I don't know anything about Pokémon or the character Pikachu, but I recognize the fact that there is a huge community out there who apppreciate this phenomenon, and so I'm sharing what I know about it, which is limited to my seeing Pikachu in a few Macy's Parades.

I first saw the character in this venue when I attended the 2014 Macy's Parade and took note of how he could be considered a voyeurs. This is something as you might also surmise from the photo-op atop this entry, but Pikachu is certainly not the only one to be a Peeping Tom when participatingin the parade.
As you can see in the images directly below, other characters paratake in voyerism too. 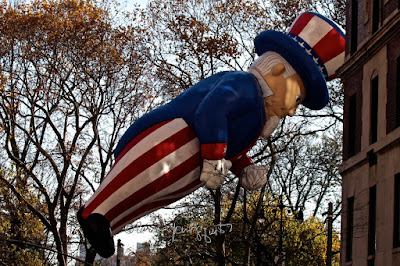 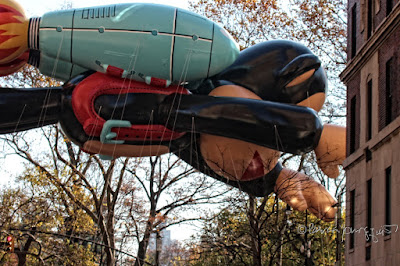 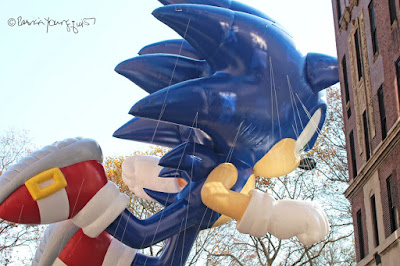 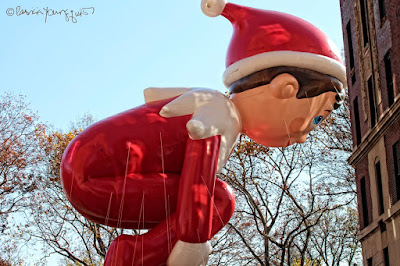 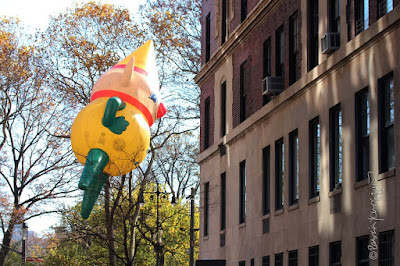 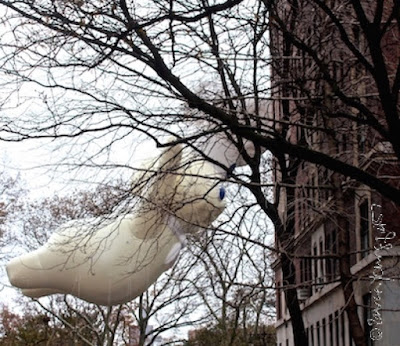 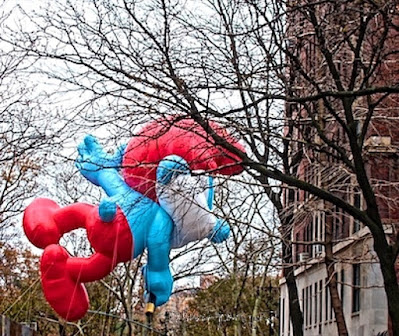 In any event, rather  he is a voyeur or not, the next time I saw Pikachu was in the 2017 Parade. Three different copies of my pictures featuring him in that event are directly below. 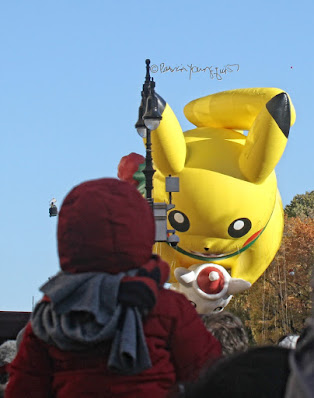 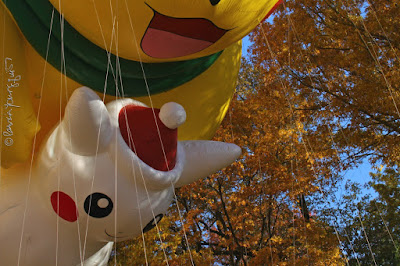 Two years later on the eve of Macy's Thanksgiving Parade, I had the opportunity to see Pikachu alongside The American Museum of Natural History AKA AMNH (where the balloons are inflated annually) for the extravaganza.

The inflation is almost as exciting as the parade as you might guess from this next photo featuring Pikachu at that event. 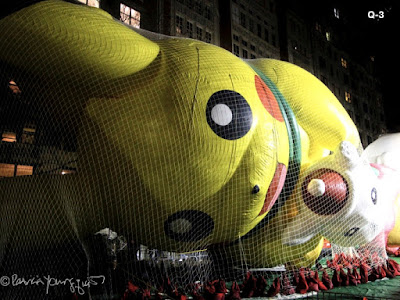 On the day of the 2019 parade the winds were so robust that they were nearly grounded, but alas they were allowed to fly on that day, albeit very low. 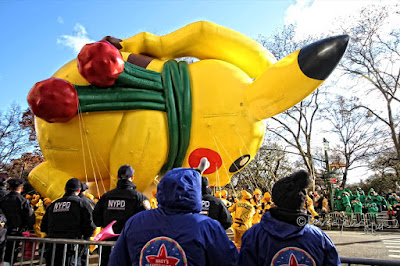 But the following year, 2020, the route for the Macy's Parade was greatly altered due to the consequences of the coronavirus pandemic and precautions put in place to prevent the spread.

The fate of the parade in forthcoming years may never be the same as pre-COVID-19 pandemic times but, Pikachu, and the other characters who have participted in parades will find ways to carry on, as will parade goers and fans of Pikachu.