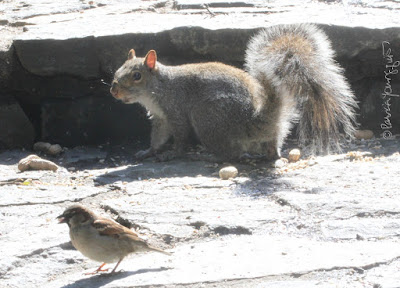 A little birdie, specifically a house sparrow is tweeting about the fact that today, January 21st is Squirrel Appreciation Day! Although I've written about this holiday in bygone years, had I not heard his tweet, I would've forgotten and missed a chance to give out a shout to the Black Squirrel who spends a lot of time (during all kinds of weather ) on the grounds alongside the Delacorte Theatre.

He /she can be seen as seen in the next set of images. 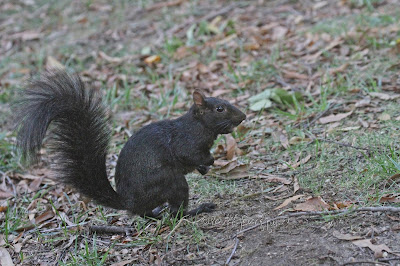 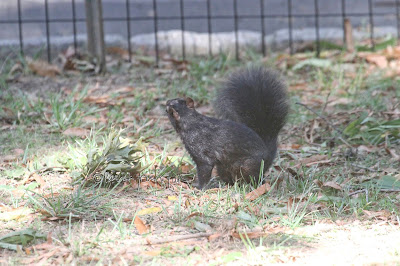 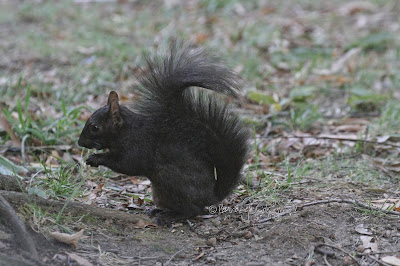 House sparrows have been known to spend time near — very near — the Delacorte, where they warm themselves inside light-fixtures that are attached to the building's wall. 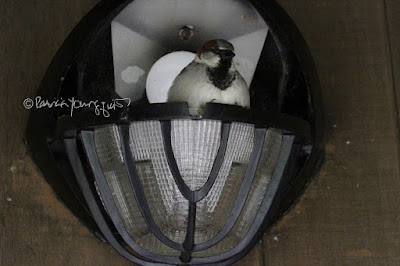 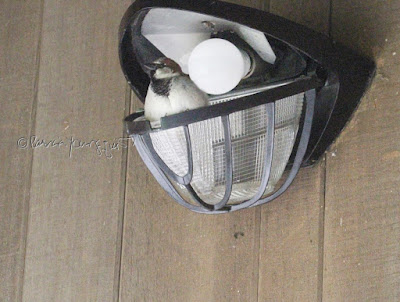 These little birds are seem to be ubiquitous and for a few months now, quite a number of them have been spending time in my rooftop garden, taking shelter under my 2019 Christmas Tree which I am delayed in taking down as a number of songbirds seek shelter within that tree as well as below it. The latter fact is evidenced by a lone mourning dove who took shelter under it (as seen in the next photograph) when NYC experienced her first snowfall of the decade. 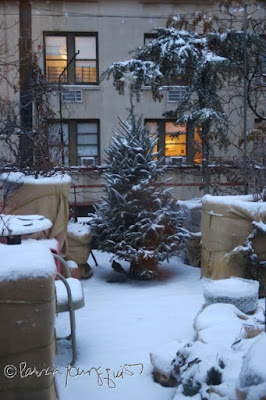 My rooftop garden is the setting for my three volume book series, Words In Our Beak; which makes for a great Valentine's gift.


That holiday will be here in twenty-four days, so just a quick reminder, if you would like to get these books for your true love, please act quickly to avoid delays caused by shipping.
Posted by The Last Leaf Gardener