New York Botanical Gardens's ((NYGB) annual train show opened on November 23rd 2019 and it will be closing before the end of the month on January 26th 2020, which is four weeks from tomorrow.

NYGB's video of the event (posted above) is good but it does not — in my humble opinion — give justice to just how phenomenal their 2019-2020 show truly is.

In describing the exhibit in a narrative format, their web-page states: "More than 175 scaled iconic buildings and structures such as the Brooklyn Bridge, Yankee Stadium, and the Statue of Liberty are displayed under thousands of twinkling lights. Step into a miniature city where famed New York architecture is recreated using bark, leaves, and other natural materials."

I saw the exhibition this past November and two of the replicas (Yankee Stadium and the Statue of Liberty) mentioned in their narrative can be seen in the following pictures respectively. 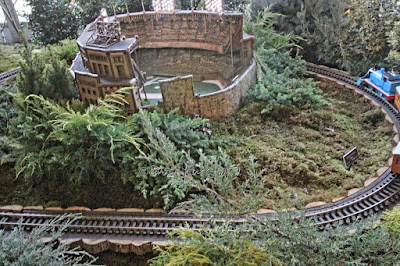 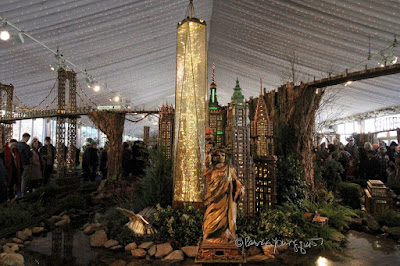 The Statue of Liberty is a monument which is the inspiration for a driftwood sculpture (seen in the next picture) found in close proximity to the shoreline in Long Beach on Long Island. 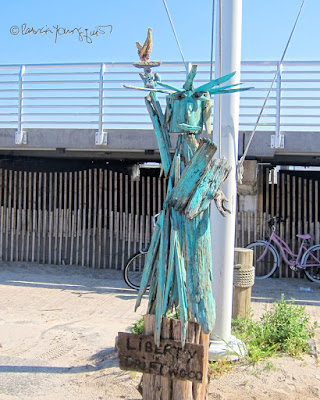 One can see Lady Liberty from a number of places in New York City, including Governor's Island, Staten Island, Manhattan, as well as from a pier in Red Hook (Brooklyn); evidenced in the following image. 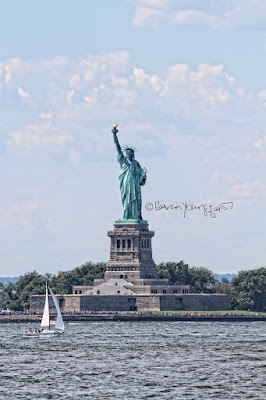 A copy of this particular photo is featured in volume three of my book series, Words In Our Beak.


Another replica (created by Paul Busse) inspired by points of interest within NYBG's Train Show's exhibition includes The Little Red Lighthouse as seen below. 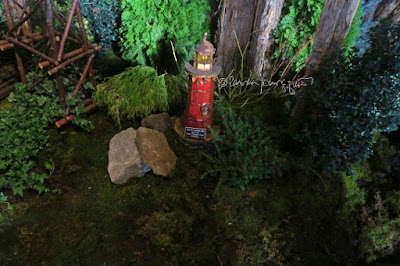 The actual Little Red Lighthouse (seen in the next image) has been discussed in a number of my blog entries and it is featured in volume one of my aforementioned book series. 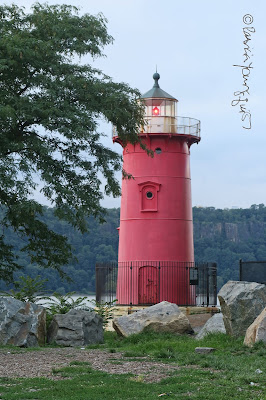 A replica of the main branch of The New York Public Library (NYPL) has also been created by Busse.
His rendition can be seen in the photos directly below, in the latter one of I've highlighted (with a square) NYPL's famous lions. 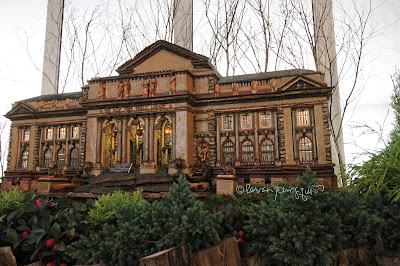 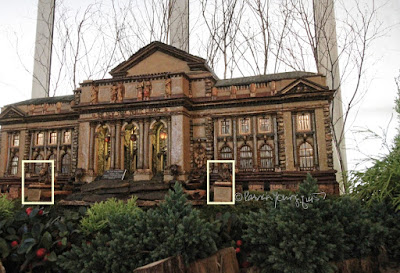 One of NYPL's real life sculptured lions (the one on the left) pictured below is featured in volume three of Words In Our Beak. 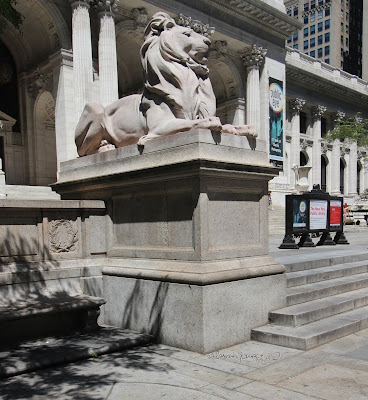 Several of Busse's other replicas are of places within Central Park that I've referenced here on Blogger such as Bow Bridge, Oak Bridge, the Belvedere Castle and The Swedish Cottage. 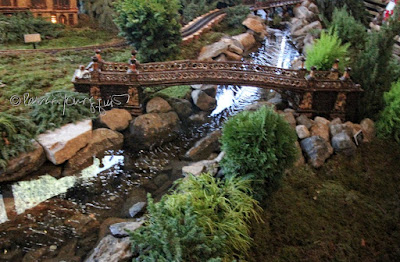 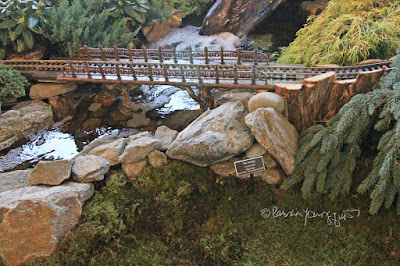 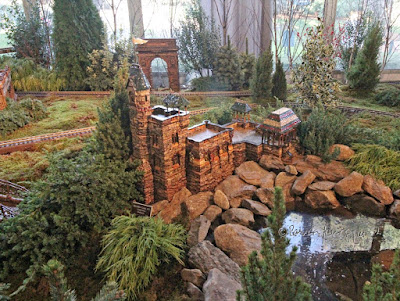 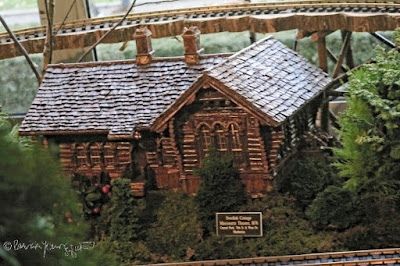 The images of the replicas of places which I've included within this entry were selected because I've referenced those spots in my books or cyber venues, but there is much, much more to see, and I highly encourage a visit to this exhibition, so mark your calendars, for it ends on 1/26/2020.
Posted by The Last Leaf Gardener