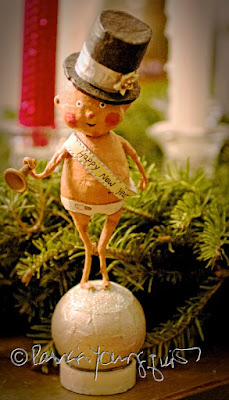 It's the first Wednesday in 2020 as well as my first blog post of the new year. My scantily dressed figurine and I are starting the day off by wishing you and yours all the best.

He is someone you might recognize from an article I wrote for iLovetheUpperWestside.

In any event, as I said in my entry for the eve of this year, I plan to be making a lot of changes to my blog during 2020; but for today I'm doing what I've done in bygone New Year's Days: sharing a few photographs of fireworks that occurred (in Central Park) at the stroke of midnight.

Before doing so I'd like to say that my sharing images of fireworks does not mean I endorse them, on the contrary, I'm very concerned re their effect on the environment, wildlife (particularly birds) and pets (especially dogs such as one seen in the following photograph whose handler brought him/her to the park to see the display). 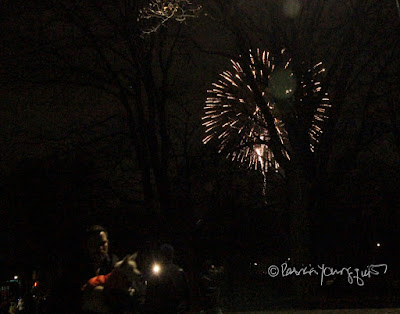 I know the noise hurts these animals ears and even frightens them —  often causing them to dash off — perhaps that's why the handler was holding his dog.
One might wonder why he brought his dog to the park in the first place and perhaps his reason is similar to why I attend the display.

I live in such close proximity that the surrounding buildings shake (and often light up inside) when the fireworks occur; so rather than fight the disturbance in my home I just go to the display.

The next series of photographs feature part of what I saw. 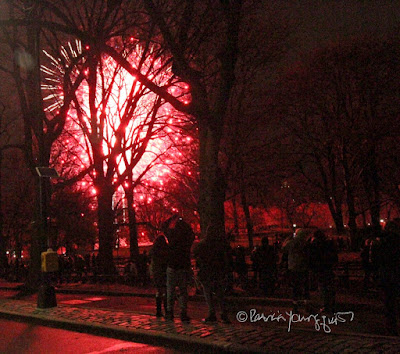 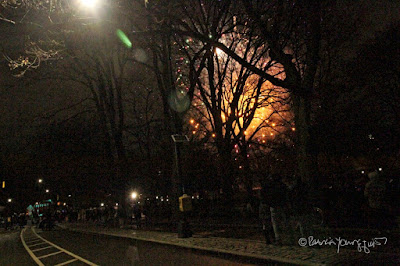 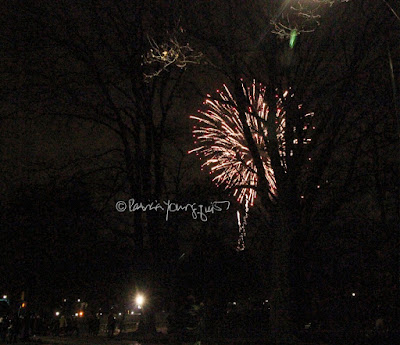 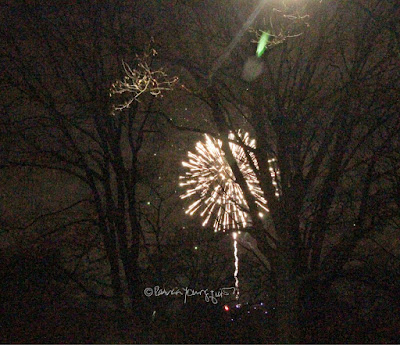 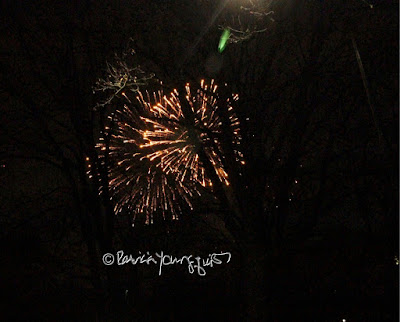 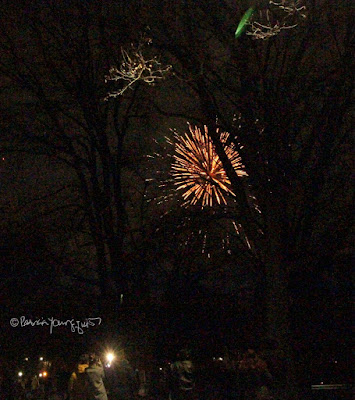 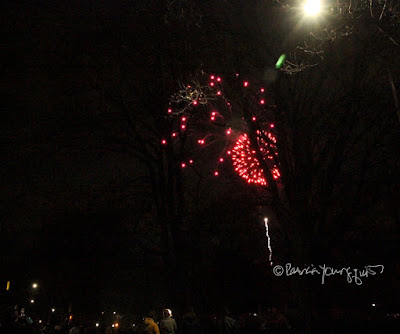 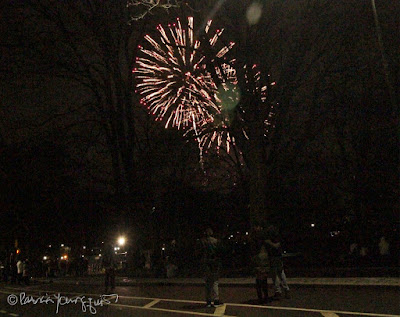 I'll leave it at that for today, dear reader, and look forward to seeing you as the year progresses.

The big changes I've had in mind for my blog have been put on hold due to my need to recover fully from an accident that I had on 1-18-2020 when I fell and broke my greater tuberosity.

Hopefully I will be able to move forward with my plans but at this time, I cannot predict when that will be.
Posted by The Last Leaf Gardener