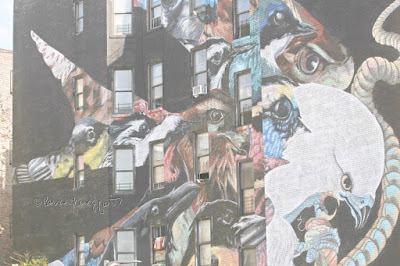 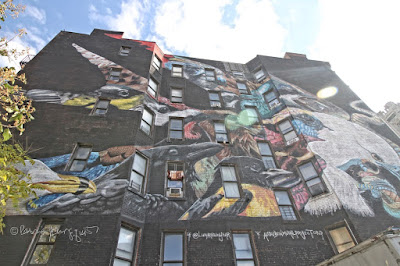 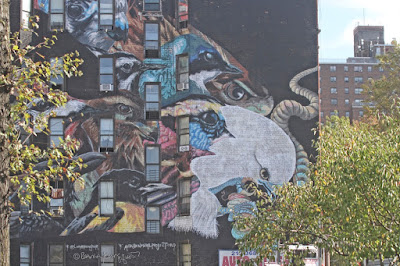 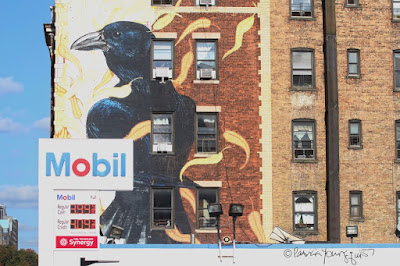 The Audubon Mural Project is a collaboration between the National Audubon Society and the NYC gallery known as "Gitler &_____" to create murals of climate-threatened birds throughout John James Audubon's old Harlem‐based neighborhood in New York City.

The project is inspired by the legacy of the great American bird artist and pioneering ornithologist and is energized by Audubon’s groundbreaking report "Survival By Degrees."

Audubon's scientists have found that climate change will threaten at least half of all North American birds with extinction, and that no bird will escape the impacts of climate-change-related hazards like increased wildfire and sea-level rise. The project commissions artists to paint murals to call attention to this problem, and it has been widely covered in the media.

The pictures atop this entry feature details from two murals located near 157th street in Manhattan.

Hmmm.. wonder what it was like for those living in the places whose windows we see here to witness this awesome project in the making?