The Fire Island Lighthouse is for the birds! (Wednesday's Wisdom) 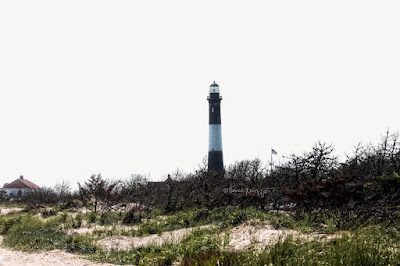 Many web-pages (including Punchbowl) concur, "Today is National Lighthouse Day! On this day in 1789, the United States Congress approved an Act 'for the establishment and support of lighthouses, beacons, buoys, and public piers.' This piece of legislation commissioned the first Federal lighthouse, which was constructed at the entrance of Chesapeake Bay. Two hundred years later, Congress designated August 7th as National Lighthouse Day to commemorate this important moment in history and to celebrate these beautiful structures.

For centuries, lighthouses have served as beacons of light, guiding ships safely to harbor through storms, fog, or dark of night. To celebrate National Lighthouse Day, visit a local lighthouse near you or donate to a lighthouse preservation society."

The lighthouse featured in the image atop this entry and directly below... 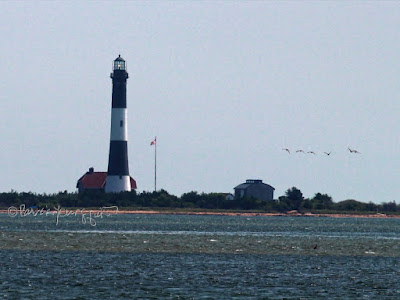 ... is The Fire Island Lighthouse, a lighthouse that has 182 steps which I've climbed in two occasions. 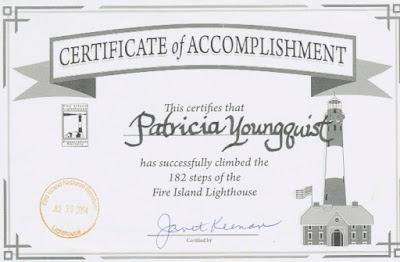 I hardly consider climbing 182 stairs accomplishment! I climb that amount of stairs on a regular basis because I live in an apartment that can only be accessed  by climbing 70 stairs which I do a few times a day!

But getting back to The Fire Island Lighthouse, if you look closely at the righthand side of my second picture of it, you will notice birds flying about. And because I have recently came upon information related to birds being trapped in the bright light from lighthouses (as seen in the web-picture directly below)...

... I became concerned about the fate of birds who are in the vicinity of The Fire Island Lighthouse.

This web-picture for the Gatteville Lighthouse in Normandy is accompanying by text which states "there is a forlorn French poem by Jaques Prévert about a lighthouse keeper who loved birds. It is based on a terrible fact; birds flying on cloudy nights can become hypnotized by a bright light, and if that light turns endlessly, the birds will follow it. Endlessly.

Lighthouse keepers were first to notice this phenomenon. On cloudy, foggy or rainy nights migrating birds (many prefer to migrate at night) would become trapped, circling in the constant sweeping light until they fell exhausted to their deaths. On clear nights they flew on by. Many thousands of birds were dying every year, drawn tragically to lighthouses across the world. The poem goes a little like this (translation).

After reading this information re birds and lighthouses, I contacted The Fire Island Lighthouse and was told that they never have had bird strikes nor have they seen any carcasses of avian creatures on the grounds. They attribute this to the fact that they keep the lights within their lighthouse off after dark, only the beacon of their lighthouse glows.

I'm not sure if I understand it correctly, but from the explanation I received, I'd say The Fire Island Lighthouse is for the birds (in a caring way)!
Posted by The Last Leaf Gardener