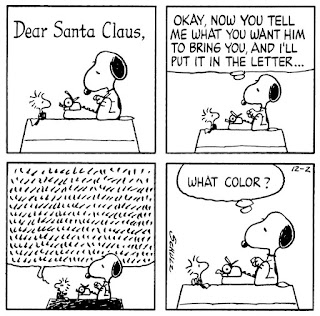 CONFESSION: I'm a hunt and peck typist which slowed me down in writing my three volume book series, Words In Our Beak.  If only I'd known Snoopy could type (as evidenced by the PEANUTS comic strip which is included with this posting and was published on this day of December 2nd in 1962); I might've asked him!

Woodstock knew who to ask re typing and Cam, a female cardinal who is the storyteller in the book series (pictured below) THOUGHT she knew who to ask when approaching me to type her musings; but she discovered that she is far better at pecking than I am.


Therefore, I more grateful than ever to have published the series, which could not have been done without the editing/formatting skills of Chris Deatherage​.

The series makes a great gift for the upcoming holidays and all occasion cards based on a few of the images included in the series also make a nice present.

They are available via Fine Art America (FAA) and an image featuring my card collection that is based on Words In Our Beak can be seen in the photo that is below.


Photographs of birds included in my book series are not the only fauna-themed item to be found in my FAA collections. I also have a series of images of the now famous Mandridan duck who has been spending a lot of his time in Central Park; all of of his images on FAA can also be printed on  a card, and one example can be seen below, others can be seen by clicking here.


My images of the Mandarin can also be printed on an array of surfaces for wall art and they also make great gifts for the upcoming holidays (and beyond), as evidenced in the following pics of samples:


FAA also can reproduce all of my Mandarin duck photos for everyday use such as tote-bags (one example can be seen below).


They can print all of them on a variety of surfaces for household items, including throw plllows.


Moreover, my kaleidoscopic photographs that have been featured in gallery exhibitions also make nice gifts and FAA can print them on to greeting cards and also in a number of ways for wall art.

The latter can be as seen in the following examples.


And as is the case with my images of the Mandarin duck, FAA can print all of my kaleidoscopic on an array of surfaces for life style items including a variety of totes. An example can be seen below.

Additionally, FAA is able to all of print my kaleidoscopic collection on a number of household items, including shower curtains, duvet covers and throw pillows.


As you can see, because of FAA, I can offer a number of options for gifts. Once gain the link to see more items and find pricing/shipping info is: https://bit.ly/2zmZwMV

AND here's the info re purchasing the Words In Our Beak book series: