"Saturday (January the 27th) in the Park" 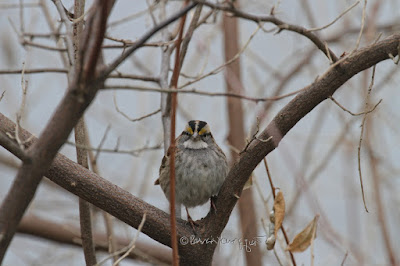 Yesterday, Saturday, January 27, 2017, I took a walk in Central Park with the intention of observing Mallard ducks on the eighth anniversary of J.D. Salinger's death, and, indeed, I did see a number of these birds.

However, I also came upon a lone White-throated sparrow who is featured in the photograph atop this entry. This bird type is included in a video produced by The Cornell Lab of Ornithology, which is included in one of my recent posts here on Blogger.

This page goes on to point out some "interesting facts" re this bird type: "The White-throated Sparrow was first described in 1789 by Johann Friedrich Gmelin, a German naturalist, botanist and entomologist. Individuals almost always mate with a bird of the opposite morph. Males of both color types prefer females with white stripes, and both kinds of females prefer tan-striped males.
It comes in two color forms: white-crowned and tan-crowned. The two color forms are determined by genetic differences, and are unique among birds."

I've often seen this creature in Central Park, but to my knowedge, this bird variety has only visited my rooftop garden on one occasion, which was a number of years (2012) ago during the aftermath of a hurricane often referred to as Super Storm Sandy.

Therefore, if I want to see White-throated sparrow, it seems I must go to Central Park. Here are a few more pictures of the one I saw yesterday: 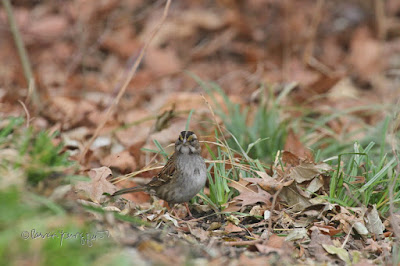 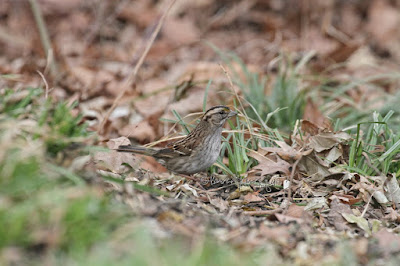 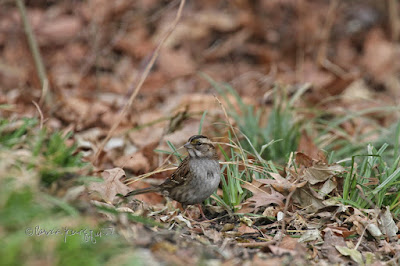 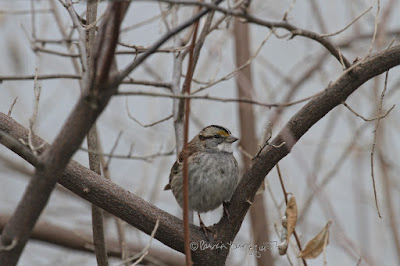 The Mallard ducks that I saw were enjoying parts of the lake (as evidenced in the following images) that are beginning to thaw, as if to answer the questions posed by Salinger's protagonist (in his novel The Catcher in the Rye) re what ducks that live Central Park do in the wintertime (in this case they seem to have spring fever once the lake starts to melt). 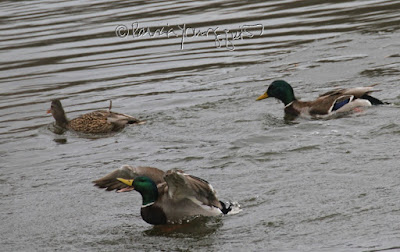 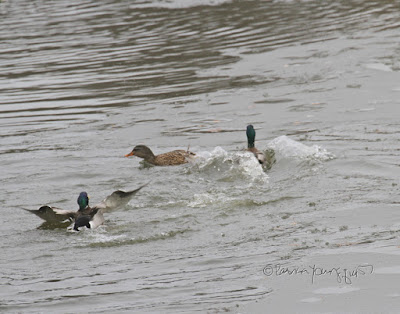 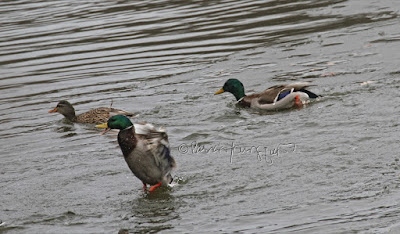 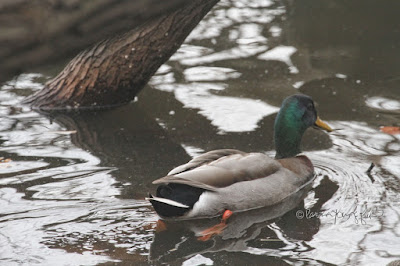