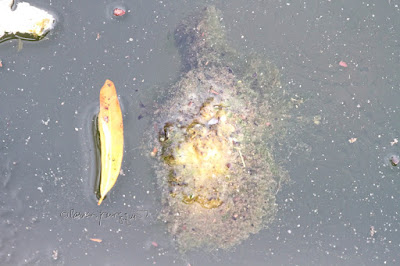 Seven years ago today, on January 27, 2010, the writer, J.D. Salinger died. He was was ninety-one years old. Salinger has been on my mind these days, especially fifteen days ago, January 12th, when I took a walk in NYC's Central Park. For on that day, I noticed that the lake which "serves" the area near to The Boat Basin was completely frozen. Normally there are a vast number of Canadian geese and ducks in that lake, but on this particular day, there were none in sight.

I made my way up to Turtle Pond to see if that area had thawed, but alas it had not. Turtles don't have problems when the bodies of water freeze over in Central Park, for they can survive under the frozen waters (as I discussed in a prior Blogger post); where they often nap, as evidenced in the image atop this entry, which was taken on that day. However, a lake freezing over is not good for the Canadian geese or ducks who spend so much time there. I found myself curious about what these bird types did on days like this (And no, they don't sing, "Mama told me there'd be days like this...)!

In any event, my thinking about the ducks on that day caused me to recall J.D. Salinger's writings! As you probably know, he is the author of many books, including The Catcher in the Rye. I've recently read that "in the 1970s, several U.S. high school teachers who assigned the book were fired or forced to resign." I was assigned to read the book as well as the novel, The Lord of the Flies (by William Golding) in the 1960's when I was in the seventh grade; and I recall hearing something about this rumor.

In any event, during those years, I was most unhappy: my father had moved out of the house, the growths from my Neurofibromatosis (NF) were becoming more obvious, and my eye-sight continued to decline. The consequences of having NF and poor eyesight were cause for me to be alienated from my peers; and my parents were too involved in their marital problems to offer much, if any moral support.

Therefore I was distracted in school and I recall, when assigned to read these books, I went to a number of book stores in Old Town in search of books titled The Catcher of the Flies, as well as one named The Lord of the Rye. It is only recently that I've confessed my faux pas, for it seems that if you didn't know The Catcher in the Rye inside out you were truly an outsider. How ironic, given the nature of Holden Caulfield.

But, I've digressed! As I was saying, the absence of geese and ducks on that day brought to mind what Holden Caulfield said in relation to the ducks in Central Park. The following passages of quotes are some examples:

In any event, like Holden Caulfield, I still don't have my answer to where the ducks (the ones who rely on the bodies of water in Central Park), go when those waters freeze, but perhaps they go to the Hudson River, which is nearby and takes longer to freeze?

Perhaps, I'll be able to find out, but for now, I'm pleased to report that when I returned to Central Park, a few days later, the lake was no longer frozen; and the ducks were back to business as usual; evidenced in the following pictures. 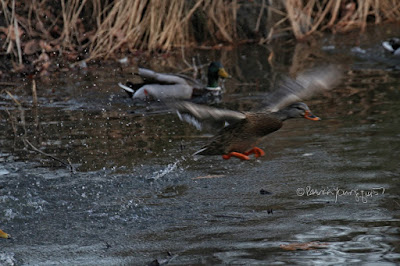 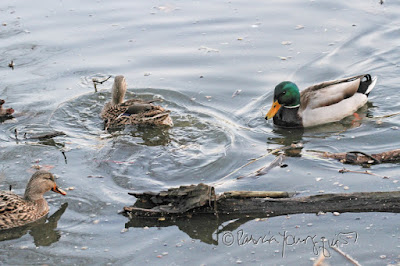 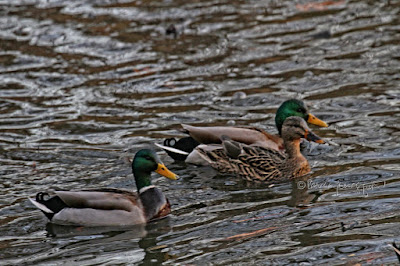 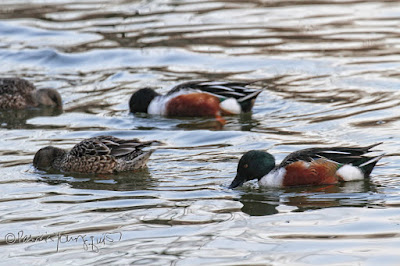 And so were the geese... 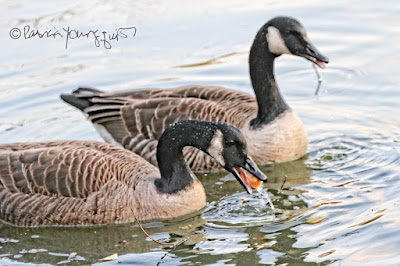 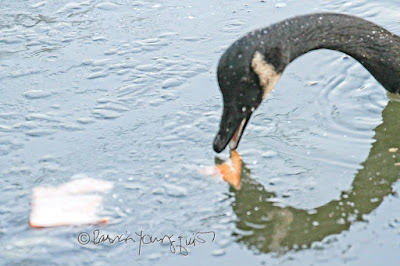 although I don't recall Holden questioning their well being!