To be ON LINE or IN LINE? That is the question! 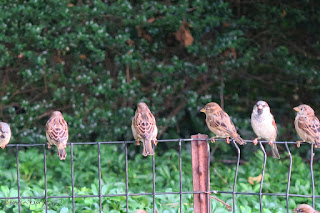 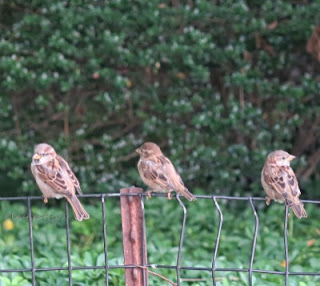 This past Tuesday, I came upon a number of house sparrows queuing up in NYC's Central Park, which showed what true New Yorkers they can be. After all, New Yorkers stand on line (as opposed to in line) for almost anything, and by most grammarian's standards, to say one is standing on line is legit. According to the Grammarphobia Blog, "standing on line" is "an accepted idiom in New York City to stand 'on line,' though it sounds odd to people from other parts of the country."

Grammarphobia explains that "somebody from Atlanta or Chicago or Omaha or Phoenix gets 'in line' and then stands 'in line'; somebody from New York gets 'on line' and then stands 'on line.' (Same idiom whether you’re getting in/on line or standing in/on it.) Similarly, New York shopkeepers and such will always say 'next on line!' instead of 'next in line!'"

They also state that "New Yorkers aren’t the only folks to stand on line. The Dialect Survey which maps North American speech patterns, found that the idiom was most prevalent in the New York metropolitan area, but that it occurred in pockets around the country, especially in the East."

Grammarphobia confesses that their "old employer, the New York Times, frowns on the usage", and Grammarphobia claims the following the Nw York Times attitude stating the following: "Here’s what the Times stylebook has to say on the subject: 'Few besides New Yorkers stand or wait on line. In most of the English-speaking world, people stand in line. Use that wording.' Well, is 'on line' proper English? When you’re in New York, it is (unless you work for the Times)."

The stand-in-line-stand-on-line controversy caused me to think of the song Something Stupid. Would Frank and Nancy Sinatra's stand on line until "some on had the time to spend an evening"? Take a look and give a listen to the YouTube video posted below.