Remembering Dr. Seuss on His Birthday

One hundred and twelve years ago, #DrSeuss was born on this day of March the second.
I have appreciated many of his writings as well as his illustrations, and I have written about his work on here on Blogger as well as tumblr. But its  #DrSeuss's perseverance with his first book, "And To Think I Saw It On Mulberry Street," 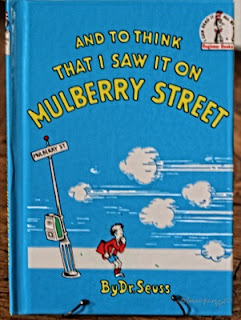 that keeps me going, as I try and promote — as well as sell —  the book I wrote with Cam, Words In Our Beak Volume One.

Mulberry Street is an actual street in Springfield Massachusetts where Seuss was born. And its street signs are not the ones featured in images below. Those pictures are of various street signs on Mulberry Street in Manhattan, and they have nothing to do with the setting for Seuss's story. 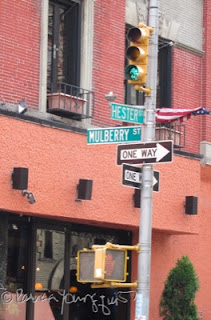 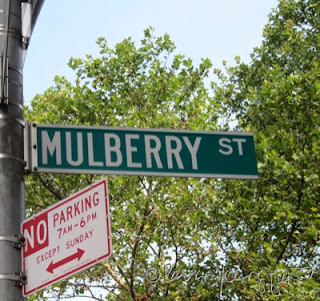 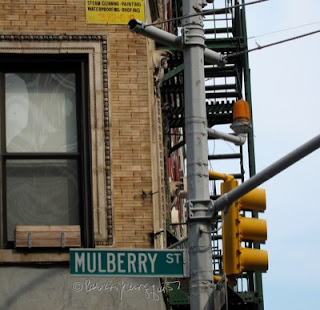 As a matter of fact, the original inspiration for "And To Think I Saw It On Mulberry Street," did not come from the street where he grew up. For as Seuss explained, “In the fall of 1936, while aboard the S.S. Kungsholm on a long rainy crossing of the Atlantic, I amused myself by putting words to the rhythm of the ship’s engines."*

Evidently, Seuss "started out by putting the words of 'The Night Before Christmas' to the same rhythm:

And the way Dr. Seuss finally found a publisher, is what I hinted at early on in this Fb entry, when I stated that his perseverance is what keeps me continuing on my mission with Words In Our Beak.

Here's the story of Dr. Seuss's finding a publisher (and I hope it also gives inspiration to @NancyMancini, author of "Gutsy Broads").

"After being rejected by 27 publishers Seuss was walking down a busy street in New York when he ran into an old Dartmouth classmate, Mike McClintock. McClintock had recently become a juvenile publisher at Vanguard Publishing. Seuss showed him the book and from there it was passed up to the President. The only thing that Seuss was asked to change was the title."

*My source for the all quoted information is from Seussblog. And with that dear reader, I'll leave you Seussblog's favorite Dr. Seuss quotation:

“I swung ’round the corner

And dashed up through the gate

I ran up the steps

I have to walk up 70 steps to get to my apartment and I don't think I've ever "dashed up the stairs and simply felt great," but if "Words In Our Beak," becomes a hit, I might try running up the stairs — a bit!