An Apple for the Teacher: Celebrating Apple's Variety of Gifts and One Spirit 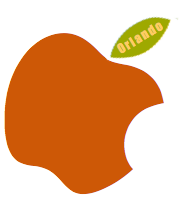 It has been written that there are "a variety of gifts but one spirit," and while, in this instance, it is the spiritual gifts from God that are being referred to, I would like to equate this passage with a place— a place where there are a variety of gifts and one spirit, and that place is the Apple Store on 67th and Broadway, in the Upper Westside of Manhattan, where the variety of gifts are from the talented people who work there, and from their common spirit which seems to be a willingness to share knowledge. Today I will be "celebrating" my anniversary of one-to-one sessions that I began taking at this location on March 22nd 2010. I heard about the one-to-one program from a man named Orlando whom I met (at that time he was an Apple 67 greeter), when I wandered into the store last March.

At that time I was a fairly new owner of a Mac Book Pro; however, my visit to the Apple store on 67th and Broadway was prompted by a suggestion of a colleague, who informed me that Apple had an array of classes as well as training opportunities. Had it not been for her suggestion, I might not have wandered into the glass structure, which I had perceived to be ominous, and my readers may recall this from a previous post, where I wrote about the Apple trainers involved in assisting me in the construction of my on-line brochure via iWeb (my "formal" presentation of my iWeb creation was discussed on this blog in October). Since that time, my learning experiences at Apple have continued to flourish, and I have met additional trainers that have truly taught me remarkable skills which would fill volumes — far too many things to mention in a blog post. I have expressed my sentiments about the 67th Street Apple Store in a prior post honoring Steve Jobs, but today, on my "anniversary," I will be honoring those who have taught me so many skills (as well as the greeters, genius-bar folks, security guards, and "cash wrappers") with a handmade card in my "signature" colors featuring the Apple symbol with the name of each individual on the "stem" (a sample bearing Orlando's name  — since he introduced me to the program — can be seen at the top of this post) symbolizing an apple for the teacher.