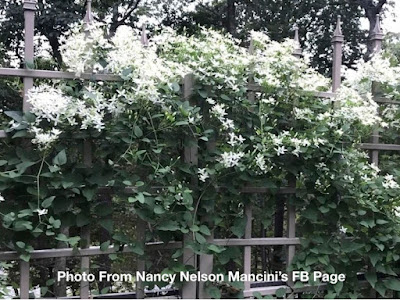 It has been eight months since my last post here on Blogger and that entry was just to let folks know my web-designer, Chris Deatherage, had made changes to my website.

Prior to that posting I had become very sporadic in publishing my blog posts which was out of characer for me. For after years of being very dedicated to regularly offering excellent written content that was accompanied by my photographs and or videos — I even received an award for my endeavors and an image of it can be found on my right sidebar — circumstances, upon circumstances beyond my control, interfered with my being able to produce content for this venue.

Those circumstances were mostly due to new and severe consequences of my battles with Neurofibromatosis (NF) a medical condition I've had since birth, which is discussed in one of my first blog posts as well as in many posts thereafter. (NF is also the subject of my book project, Imperfect Strangers.) A short video introducing the book can be viewed on Vimeo and/or You Tube. 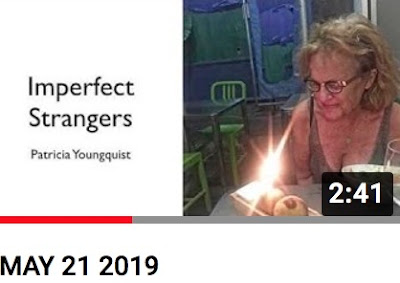 In any event, I won't go into details of my forced hiatus from blogging (at least not within this post) for it was my seeing Nancy Nelson Mancini's photograph of her Sweet Autumn Clematis (a copy of it is posted atop this posting) that brought back bittersweet memories of my own beloved Sweet Autumn Clematis vines that I got in either 2004 or 2005, and ultimately blogged about in 2010 in an entry where I described their back story, (which I encourage you to read it and check out the pictures included in that post).

Moreover, my Autumn Clematis vines were subsequently featured in my first garden-themed movie, The Kiwi Speaks! Fifteen Minutes of Fame... almost, which can be viewed on Vimeo and/or You Tube.

These vines ultimately survived being in two major garden upheavals (due to a couple of renovations ordered by my landlord) and one of those upheavls is discussed in volume two of my three hardcover book series, Words In Our Beak. 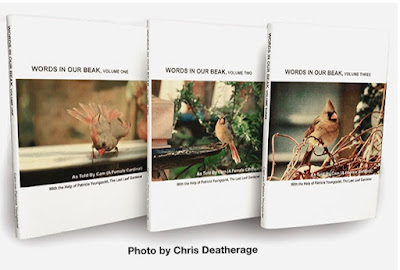 But getting back to NNM's image of her Autumn Clematis and my saying that seeing it evoked bittersweet memories, the reason for this is, as is that now, approximantely eighteen years of having these vines in my garden, they are gone.

I hadn't relized what a loss this has been for me until I saw NNM's image and recalled my memories of having Autumn Clematis vines which never did not well after being hacked by my lanlord in 2021. 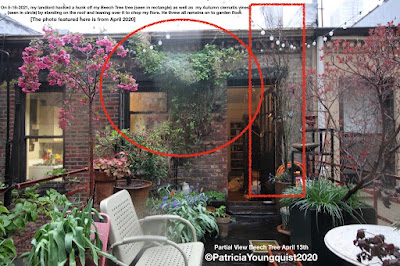 Moreover he had assaulted my Beech Tree, ruining her shape. the results of these violent actions are indicated in the red-bordered shapes that I've attached to the image directly above which is included in a post here on Blogger that I published at the time of the incident. It will still take quite sometime for the Beech Tree to regain her shape which she probably will, but the fate of my Autumn Clematis has not been good.

Initally Juan V was able to redirect the vines' path and nudge them to grow on a custom built trellis as seen in the two pictures directly below. 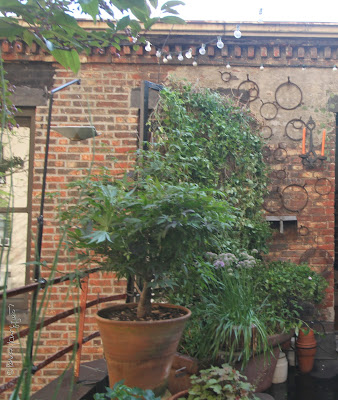 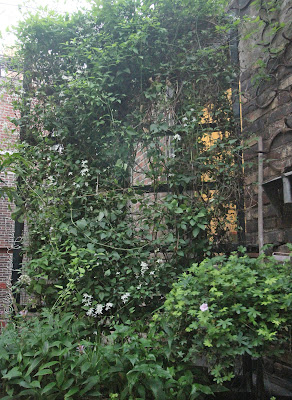 But unfortunately they were begining to pull on the string lights that provide a "canopy" over my garden. I was concerned that the vines, given their strength, could yank down my string lights... 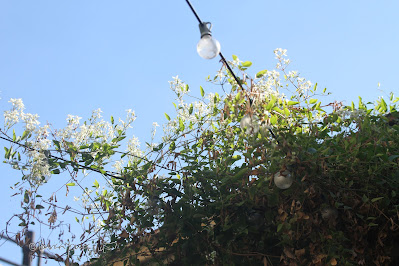 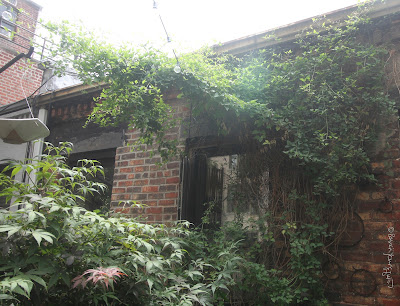 ... (which might cause a fire) and that fact, coupled with the truth that vines can harm brick and mortar, convinced me to have my Autumn Clematis vines (I had two) removed.

For now in their place, a Clematis tangutica (she is indicated by an arrow affixed to the next photo) has been planted. She is a much less agreesive vine but I feel she looks swallowed up by the big container and it will be quite some time before she eases into it.

A couple of Amsonia plants have been placed there to keep the new vine company (as also seen in the next picture where a circle has been drawn aeound them)... 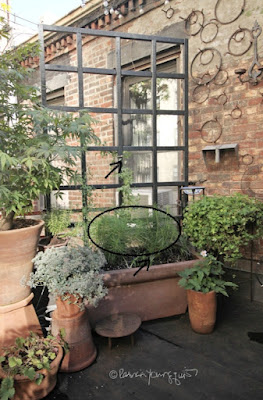 ... but I don't like the look of their foliage, so I may need to plant something else there.

Not having my Autumn clematis is a big loss, yet I realize that is what happens when one gardens. Over the years, I've learned it's best to appreciate the flora when they are around as I certainly do, by meeting their needs for water and fertilizer, as well as by helping them to tell their stories through  my blog posts, my movies and my books.

However, given my new battle with NF and the limitations this brings, it may be quite a while before I can tell my flora's stories. Plus I need to concentrate on raising awareness about NF which I hope to do through my book project, Imperfect Strangers.