When do my pictures say the words or when do my words paint a picture? 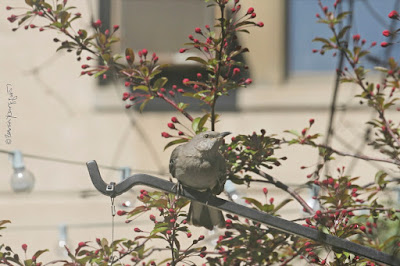 It is such an honor to have mockingbirds visit my garden (which one is doing in the image atop this entry), but today for my Wednesday Wisdom segment, I can't find the words to describe the feelings such visitors provoke in me.

Therefore, I will use the words that Henry David Thoreau used to describe when another bird type (a sparrow) how he felt visited his garden.

Here is what he said: “I once had a sparrow alight upon my shoulder for a moment, while I was hoeing in a village garden, and I felt that I was more distinguished by that circumstance than I should have been by any epaulet I could have worn.”

This quotation has been referenced in a number of my blog posts including one published on an anniversary of one of Thoreau's birthdays (July 12th 2017).

Usually I'm not one who is at a loss for words, which is a good thing since I'm a writer but today, when it comes to describing the feeling I had the other day upon seeing a lone mockingbird in my garden, I don't have much to say.

Perhaps I'm thinking that my words about this have all been said by me (in prior posts) or have been said by writers whom admire.

Another possibly for lack of words might be due to the fact that I've taken a picture of what  I saw and it might suffice due to it being one of those picture says a thousands words things.

According to a web-page, "the idea that a picture can convey what might take many words to express was voiced by a character in Ivan S. Turgenev's novel Fathers and Sons, 1862: 'The drawing shows me at one glance what might be spread over ten pages in a book.'"
The dilema for me is when do my pictures say the words or when do my words paint a picture? Can I really use both in one medium? Rather, can I continue to use both in one medium?

For now the answer is time will tell, and for now pleas let me share the following two pictures (without any explanation or description) of other recnt visitors to my place, an American robin and a male House finch. 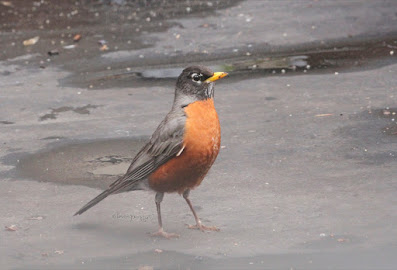 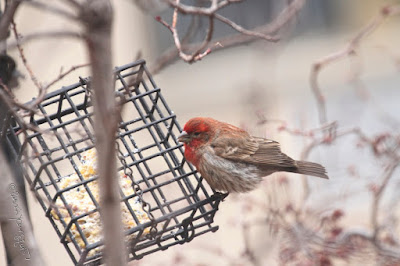 And also please allow me to share some very recent photographs I took of cardinals in Central Park (other images of these two birds are included in last Saturday's blog post). 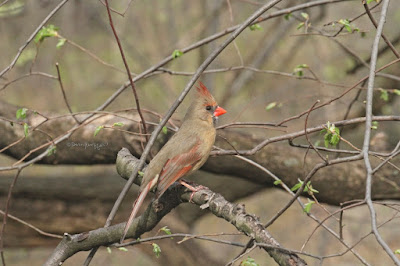 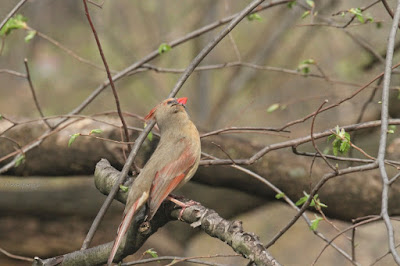 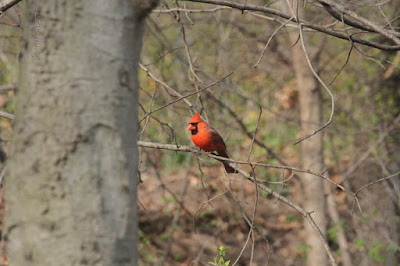 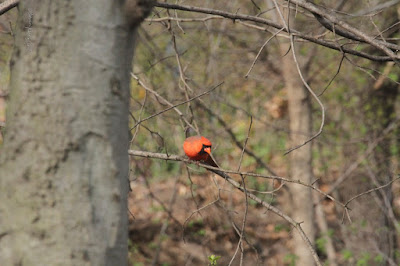 If you enjoy seeing the bird types featured in this blog entry you might be interested in my three volume book series, Words In Our Beak, which feature these bird types as well as many other avian varities.

The stories in these books are told from the perspective of a female cardinal named Cam. She apppears on the cover of each of the books, as evidenced in the next image.

This bird type is also the inspiration for two of my jigsaw puzzles and they are available in two sizes (500 pieces and 1,000 pieces) via Fine Art America (FAA).

Two of the puzzles in my collection,  A View From The Tree Tops and Cardinal Love 3, are based on cardinals who have  spent time in my roof extension gardnen and/or my building's courtyard. These products can be seen within the next sequnce of pictures.

Addditionally, FAA has also rendered my cardinal-themed images, Cardinal Love 3, on to a note-card.

FAA also has the capacity to render this picture on to an array of surfaces for wall art.

These surfaces include acrylic...
...canvas...

FAA also offers this image in a frame.

Northern cardinals seem to show how much they care for their spouse by feeding each other as evidenced in my cardinal themed image titled Cardinal Love 2.

This can as seen in the image directly below, which has been rendered on to a greeting card and is available via my shop that's located on Fine Art America's site.

FAA can also print this image on an array of surfaces for wall art, including acrylic...

... for varying sizes of wall art. FAA also offers this selection in a frame as evidenced directly below.
I'll conclude this posting with the next set of photos which feature works of art that are based based on my image Cardinal Love 1, and they show cardinals listening to each other.
As you can see, the colors of  the female (left) are muted giving them a protective camouflage. Deep red coloring in the males of this bird type indicates they are healthy and might make good partners and fathers to their children.

Perhaps this is what is on the mind of this female cardinal during her conversation with a potential mate that took place from atop a railing which surrounds my rooftop garden.

Whatever the case may be in this scenario, Cardinal Love1 when rendered on to a card makes a perfect salutation for the one near and dear to you.

This card is also available via Fine Art America .  They can also render this selection on to an array of surfaces for wall art, including acrylic...