This past Saturday was phase three of my extensive, complicated, much needed dental procedure which I initially mentioned here on Blogger back in February and since that time have posted updates, the last one was on 4-7-2021.

In any event, as I stated, my procedure this past Saturday was phase three of the ordeal and although my time in the chair was much shorter, the procedure was awkward because something is going on with my gums near the area of the affected teeth and my malfunctioning bridge which have been involved.

So I'm not done yet. I have to return to the chair which is disheartening on one level, but it's good on another. This turn of events gives me a bit (a very little bit) of time to scramble for paid assignments and spread the word about my fundraiser.

That being said, last Saturday's appointment left me with a feeling of discouragement as well as a huge headache, so I took a brief walk in nearby Central Park.

During my stroll, I came upon an egret who was carrying a live fish in his beak as he flew across the pond to eat the creature. The following sequence of photographs is a "play by play" of the transport I witnessed. 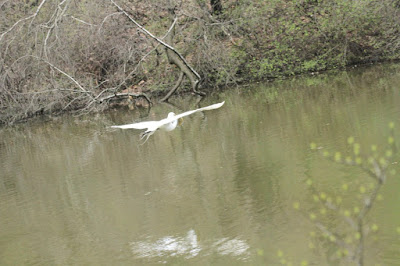 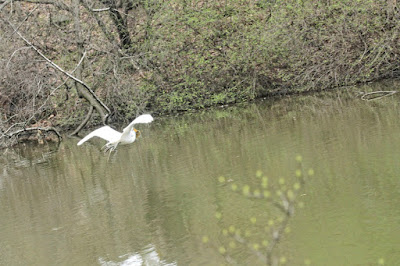 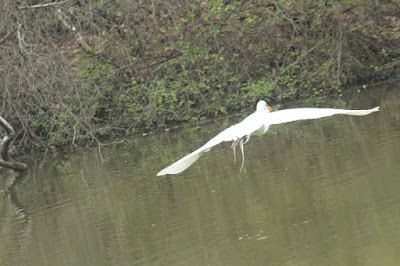 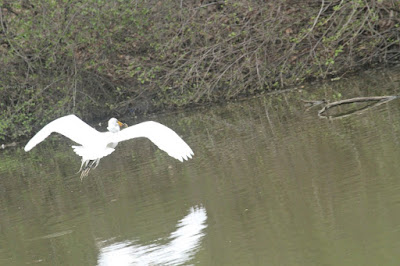 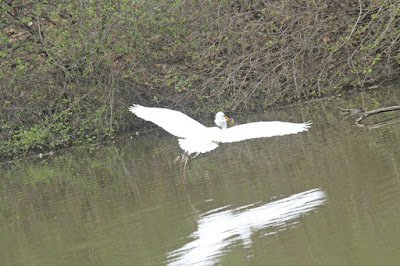 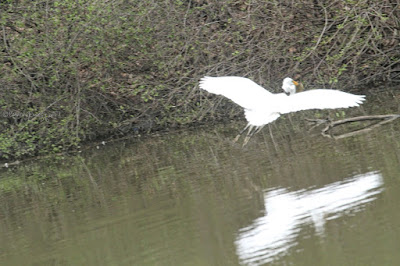 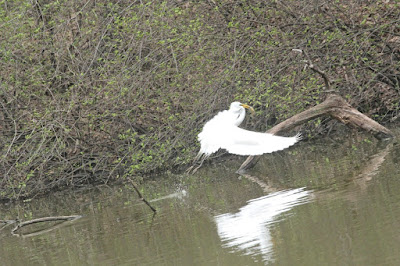 Upon my seeing this, I thought as bad as my day was going it was better than the fish who was in the grip of the egret's beak.
A short while after I returned home, I received a message that my  two flights downstairs stating: "Left you a goodie basket with Ratatouille, Acorn Squash Soup & Thyme Lemon Cake. Hope your feeling ok."
It really touched my heart to see the "goodie filled basket," which included a sweet bouquet of flowers and a bottle of wine. And she also left a bag of goodies (cardinal mix) for the avian creatures who visit my garden, as evidenced in the next image. 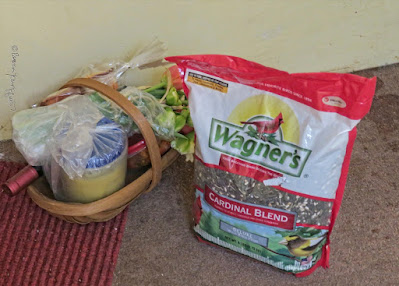 I'm really blessed to have such a thoughtful neighbor, especially during this dental ordeal and this is not the first time she has reached out to me for as some of you may recall, in a post on Facebook, I wrote about her leaving a care package when I had another phase of this aforementioned dental procedure.
My visiting birds and I are truly humbled by such kindness at this time of need.
Meanwhile I'm humiliated to say I still need help (either frompaid writing assignments and/or  book sales ("Words In Our Beak") and/or from sales from my work that is on Fine Art America and/or donations in order to complete this extensive procedure.
Many, many thanks to those who have been supportive of this endeavor, I know everyone is under strain from the pandemic which makes generosity from others all the more appreciated.
Posted by The Last Leaf Gardener