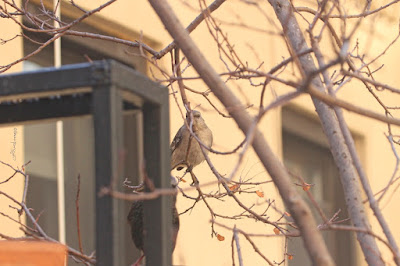 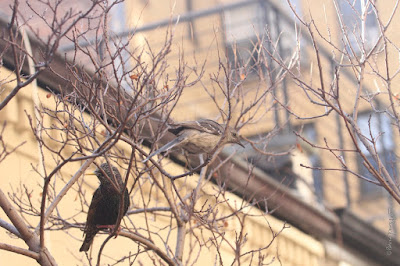 For this 208th segement of my Tuesday's Truths series, I'd like to tell you a behavior that the bird types (European starlings and Northern mockingbirds) featured in the photos atop this entry have in common.
If you follow this blog you might recall that both of them enjoy eating blueberries, as evidenced in the next sequence of images. 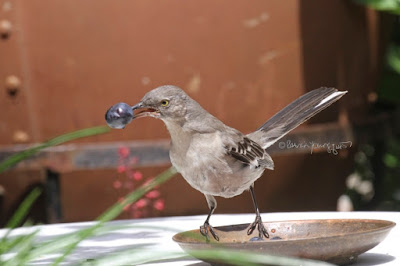 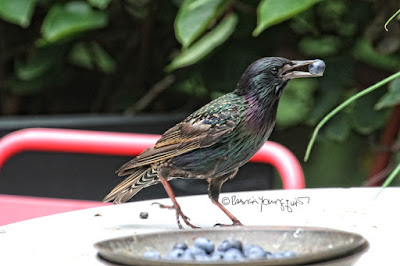 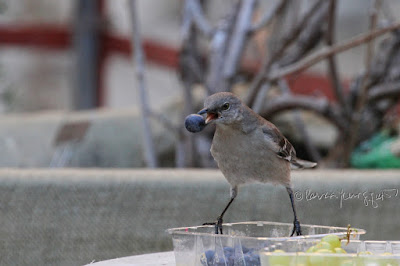 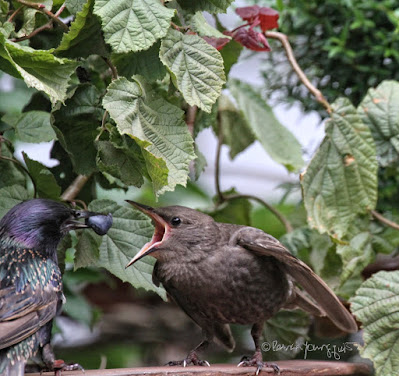 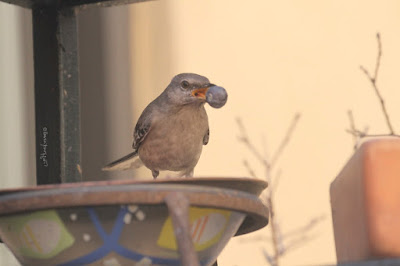 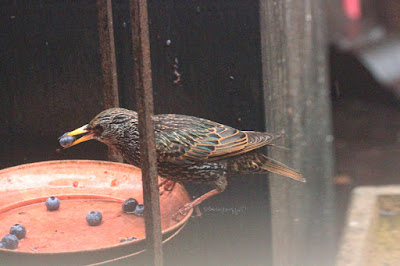 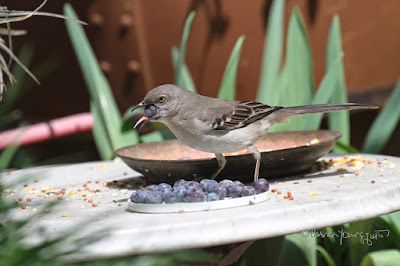 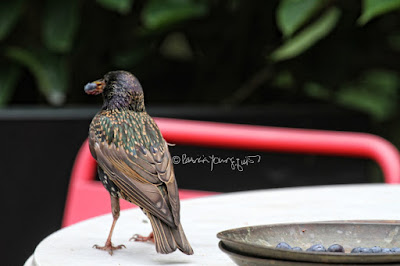 Another behavior that Northern mockingbirds and European starlings share is that they a  both known to be mimickers. In fact the Northern mockingbird's scientific name, Mimus polyglottos, means many-tongued mimic.
However, whenever a mockingbird hss visited me, they visit me they are always quiet... 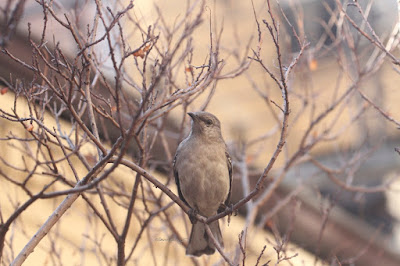 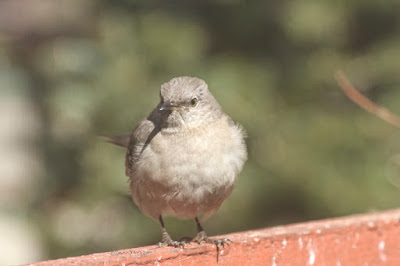 ... as I've discussed in a number of prior blog posts, including one in 2017 where I featured a poem by Mary Oliver which offers insight into the times a mockingbird is silent. In another poem, Oliver offers insight into the noisy aspects of starlings, however, as far as I know she doesn't speak about the fact that starlings, just like mockingbirds are  known for their ability to mimic.
A web-page for Bird Note states: The searing cry of a Red-tailed Hawk pierces the air. The distinctive scream is coming from a tree nearby. But when you scan the tree for the form of a hawk, you see only a small, speckled, black bird. You’ve been fooled. It’s a starling giving voice to the hawk’s cry. The European Starling — the continent’s most abundant non-native bird — is an accomplished mimic. Starlings are especially astute imitators of bird sounds that have a whistled feel — like the sound of a Killdeer or quail. They can duplicate a car alarm or phone ring, too.
I thought of Bird Note's observation the other day when I was certain I heard the scream of a Red-Tailed hawk, a bird type who spends considerable time in the branches of the Ailanthus trees in my courtyard as evidenced in the following photographs. 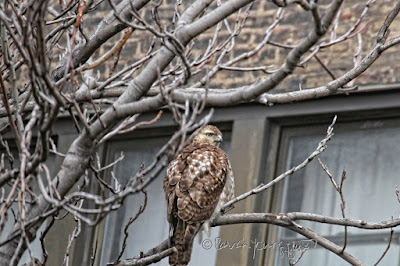 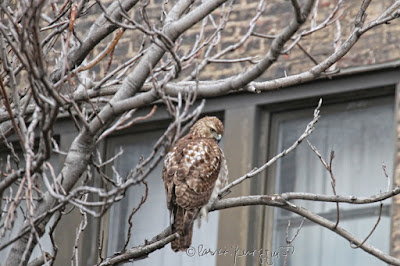 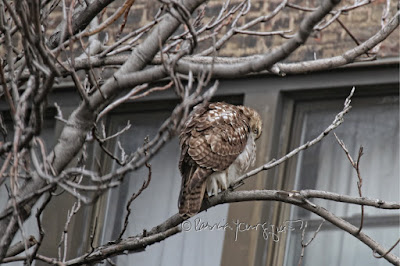 However, like the author of the aforementioned Bird Note passage, when I looked to see where the hawk's vocalizing was coming from, the only creature I saw was a European starling with his beak wide-open (which is documented in the next photo-ops) and he was singing his heart-felt song. 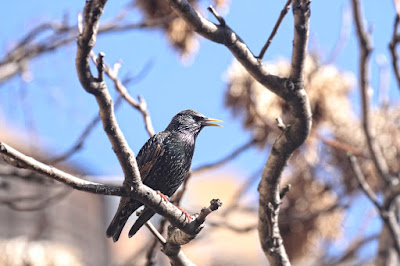 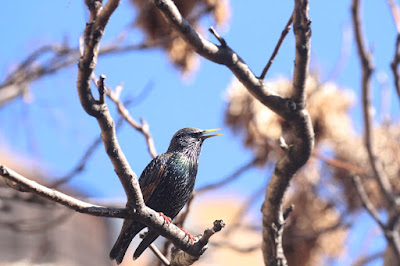 Northern mockingbirds, European starlings and a Red-tailed hawk are featured in volume three of my hard-cover boook series, Words In Our Beak.
The goal of these books is to open readers to a simple understanding of the winged world and their environment. Set in a rooftop urban garden (mine) in New York City, my story is told in the voice of Cam, a female cardinal, who visits it. Words In Our Beak is directed to children and adults who are curious about birds, and want to learn about them from a unique perspective.
The books make a perfect gift for someone who may be in quarantine or lockdown due to consequences of the coronavirus because the stories in them can bring the outdoors into the homes of those who cannot go out and about.
Posted by The Last Leaf Gardener