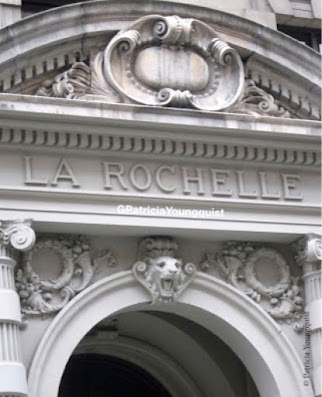 I don't want this day to pass without acknowledging the fact that eight years ago, October 25th 2012, Mr. and Mrs. Krim's two little children were murderd in their apartment which was located in the La Rochelle (on NYC's UWS).

They were killed by their nanny and I wrote about the incident on  this blog at that time.

I pass the building where the horrific event occured on countless occasions and I always think of Mr. and Mrs. Krim as well as their other little daugher who lost her siblings to that horrific crime.

Mr. and Mrs. Krim have had two more children since that time and are actively involved in a foundation set up as a way of honoring the memory of daughter (Lulu) and their son (Leo) who were killed in cold blood by their nanny.

I admire (understatement) how the Krim family has carried on with their lives and this posting is an offering of sorts to acknowedge that I also have never forgotten where I was and what I was doing on the day of 10/25/2012.

Email ThisBlogThis!Share to TwitterShare to FacebookShare to Pinterest
Labels: NYC, The Krims, UWS