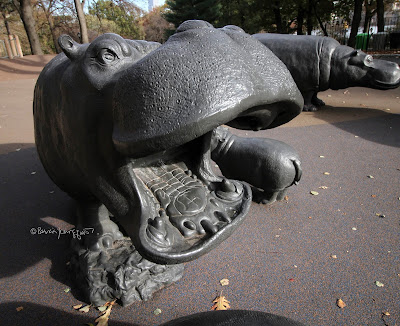 Today, February 15th, marks the celebration of Hippo Day and I'm once again honoring it by giving a shout out to this amazing animal! According to a number of sources (including my 2/15/2018 blog post), hippopotamuses love water, which is why the Greeks named them the river horse.

Why do I say this?

For one thing, sculptures depicting this animal type of animal can be found within a playground in Central Park known as Safari Play Ground. A picture of one of these works of art is featured in the set of photographs atop this entry.


Other hippo sculoptures found there can be seen in the phtos directly below. The latter of these pictures is one I included in a quiz that I composed when I was writing for an on-line publication (iLovetheUpperWestside). 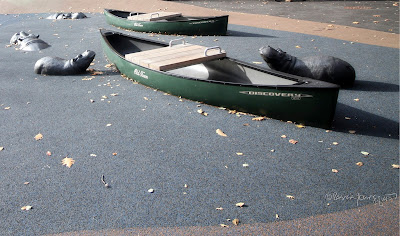 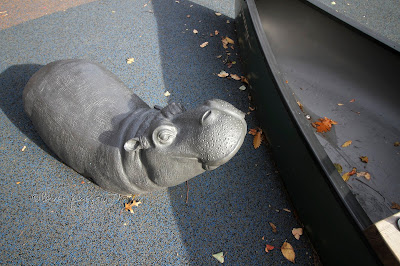 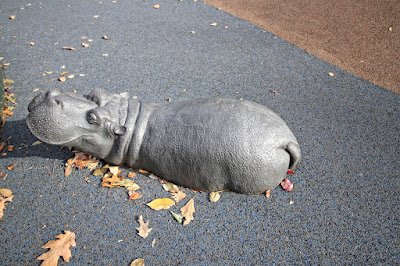 Another NYC hippo includes the one that can be found near The Children's Zoo as he/she is part of the array of animals featured in the Delacorte Clock's animal sculptures. Photo-ops the clock's hippo as he/she makes his/her around the top of the (counter clock wise) the clock (while playing a violin) can be seen directly below, where his/her positioning is indicated by a pink square. 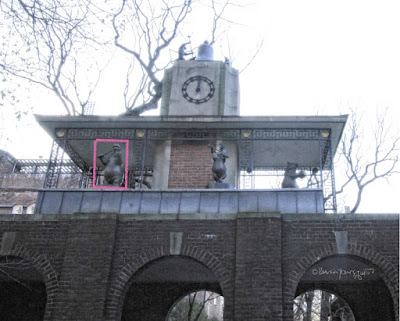 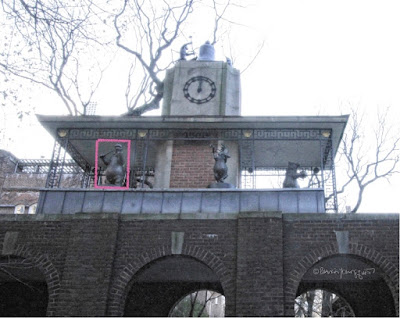 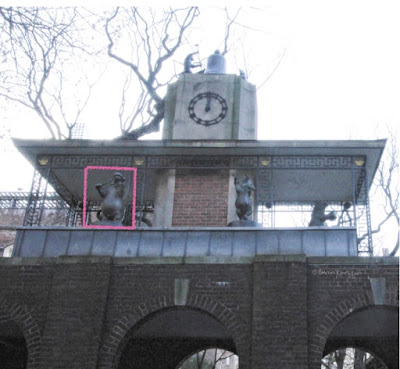 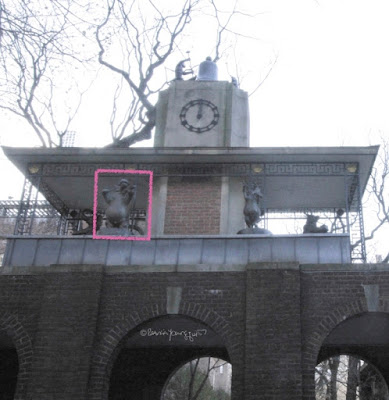 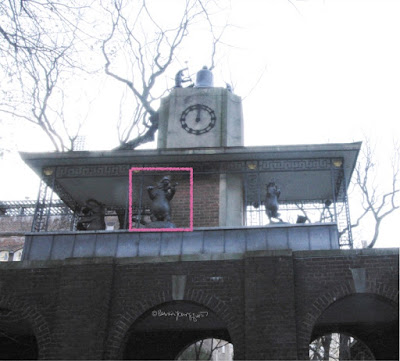 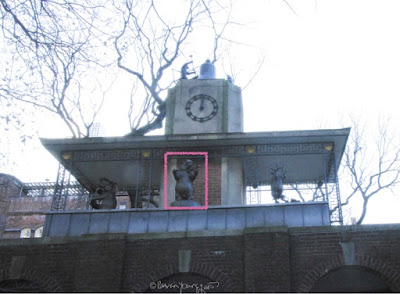 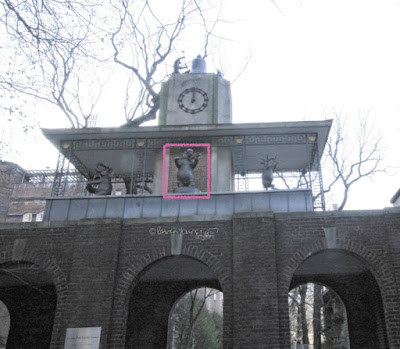 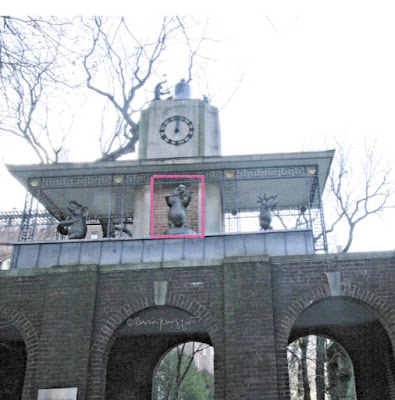 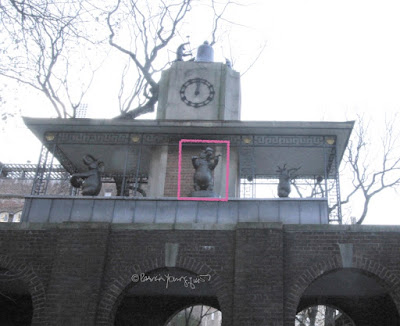 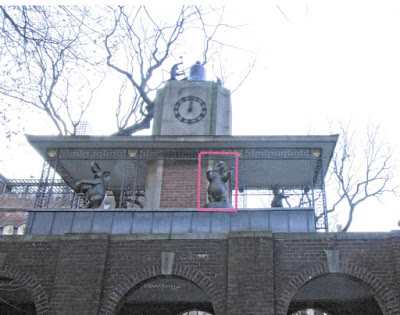 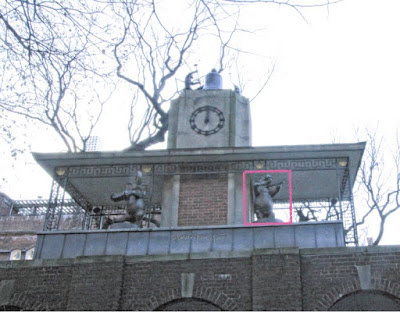 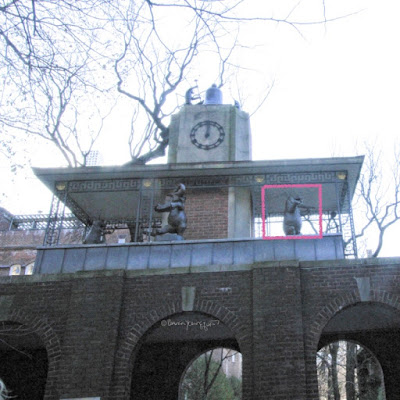 The following image show the clock's hippo in close-up format. 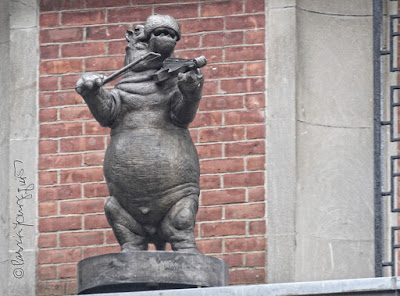 In addition to being the inspiration for Central Park sculptures other artists have also based their works on this creature.

An example of this can be seen in a Christmas tree ornament (seen below) created by artist, Patience Brewster, which I gave to my sister's family a few years ago. 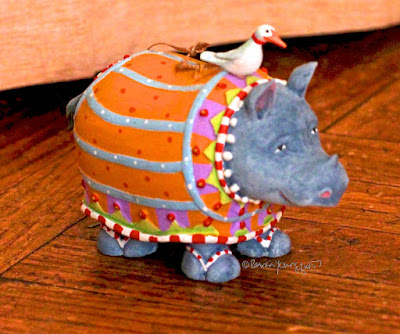 Additionally, a hippo serves as a muse for Bjørn Okholm Skaarup's Hippo Ballerina, who has been featured in at least one prior post here on Blogger, 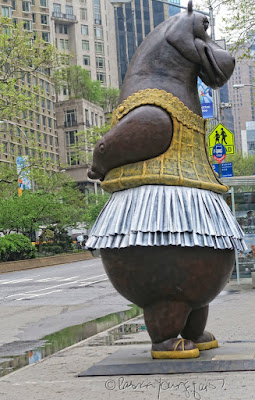 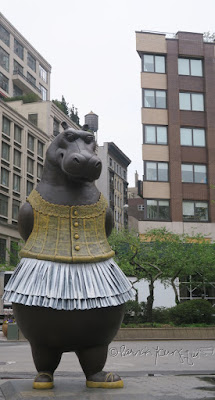 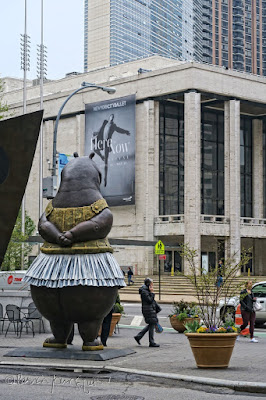 Moreover, this the likeness of a hippopotamus has also been rendered into a ballon for the annual Macy's Thanksgiving Parade! Depending on the winds, he/she has "marched" at various heights over the years. 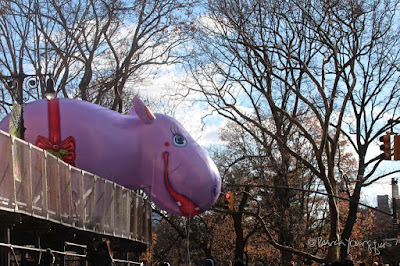 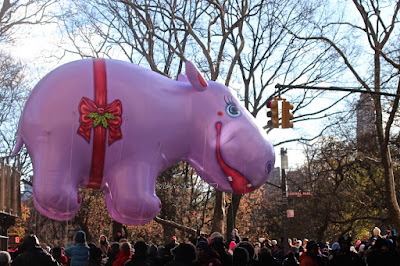 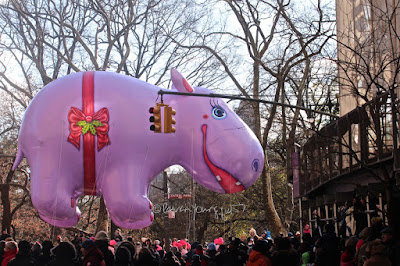 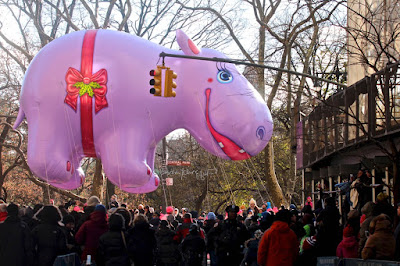 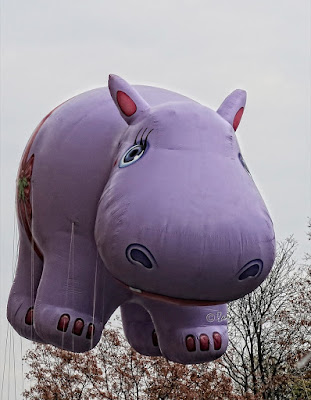 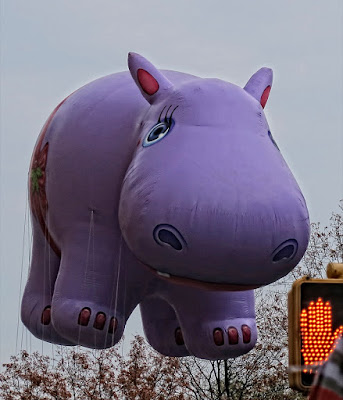 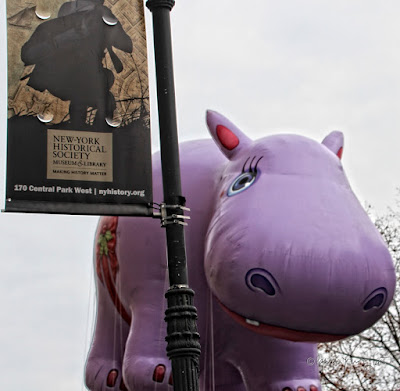 He/she has even stopped to peer into the windows of a posh building on CPW! 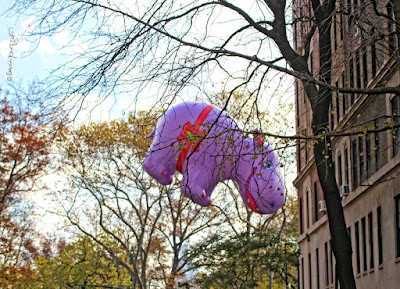 And there you have it dear reader, info re the various ways folks have revered this animal through artistic means.

As for facts about hippos and not folks or places who draw their inspiration, please permit me to leave you with these points of interest (found in an array of sources on the web including this one as well as this one ).

1. Hippos Love Grass and lots of it, they can consume upto 35 kg per evening, and can sleep up to 16 hours per day.

2. They are the third-largest type of land mammal after elephants and rhinoceros. These mammals can be identified with wide-opening mouths revealing large canine tusks, nearly hairless bodies and large size weighing the average of 1,500 kg.

3. The hippopotamus is aggressive, unpredictable and has attacked humans before.

4. They are poached for their meat and ivory canine teeth.

5. Hippos bask on the shoreline and secrete an oily red substance, which gave rise to the myth that they sweat blood. The liquid is actually a skin moistener and sunblock that may also provide protection against germs.
Posted by The Last Leaf Gardener