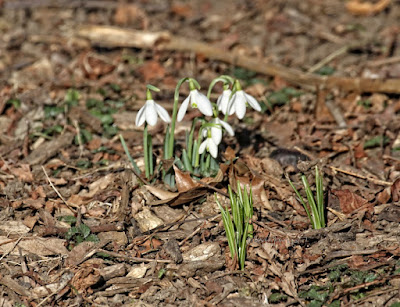 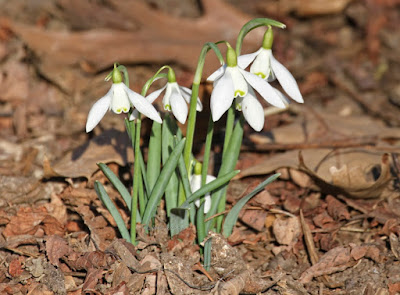 Hear Ye! Hear Ye! The Snow Drops AKA Galanthus nivalis are starting to show their blooms from the grounds in Central Park (they are the white flowers featured in these photos) and the crocuses are beginning to awake from winter slumber.

This is evidenced by the pin-striped foliage in the foreground of the image directly above this entry. 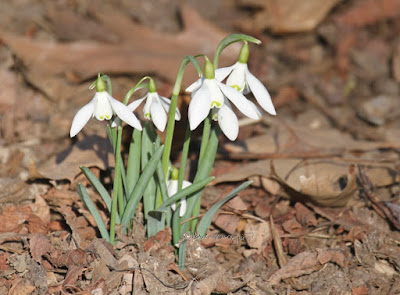 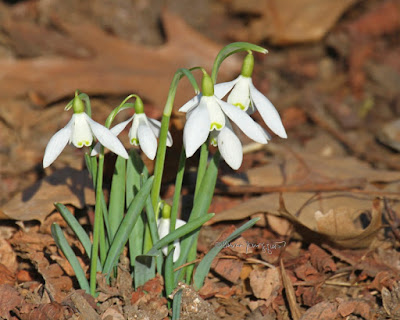 According to The Spruce, Snow Drops "are one of the first of all spring flowers to bloom; depending on region, they appear in February and March" and they caution one should "remember that these are poisonous plants for humans, dogs, and cats alike."

As for crocuses, they are also one of the first early blooming springtime flora varieties to appear — depending on region in late February and early March.

During this morning post dawn hours in my rooftop garden, the foliage from my crocuses are in their early stages of looking up through the mulch (indicated in the next two photos). 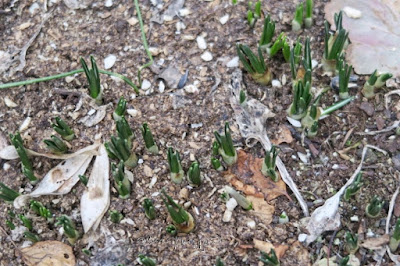 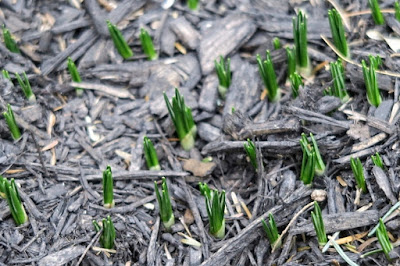 In bygone years, I've had crocuses who are purple, saffron and white as seen in the next set of pictures. 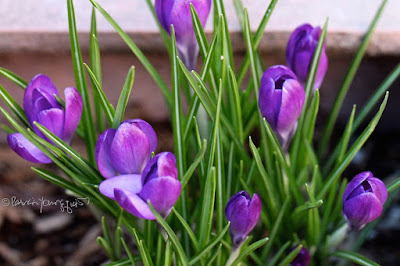 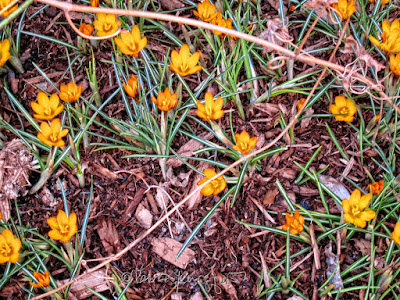 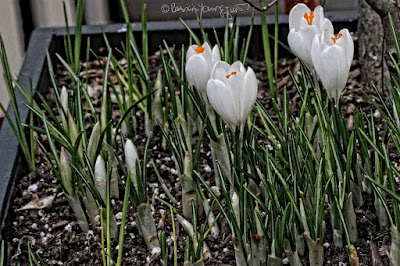 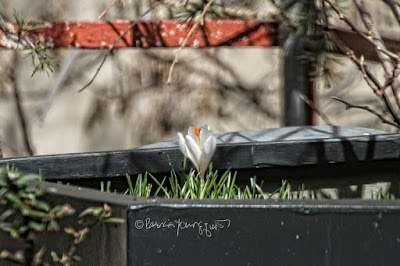 Moreover, I feature the crocuses that grow in my place within volume one of my three volume book series, Words In Our Beak.

These books make a nice gift for the garden and or bird lover in your life and with spring 2020 officially beginning next month, it's the perfect time to order copies of these books to have on hand once the season begins.
Posted by The Last Leaf Gardener