"To fully appreciate mallards, and to be better neighbors, it is important that we understand them and their behaviors." (Wednesday's Wisdom) 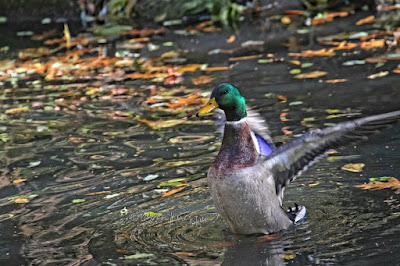 This past Saturday was a much colder one than usual for this time of year in NYC but I didn't let the frigid temperatures stop me from taking a walk in Central Park and going about my business as usual. I wasn't alone in my not letting cold weather stop me from enjoying my day and I was not alone for there were a number of people roaming about and there were a number of Mallard ducks enjoying the pond near Fifty-Ninth Street, which is something you might surmise, dear reader, upon looking at the photo atop this entry.

And also by looking at the next series of pictures where a male Mallard looks to be conducting an orchestra. 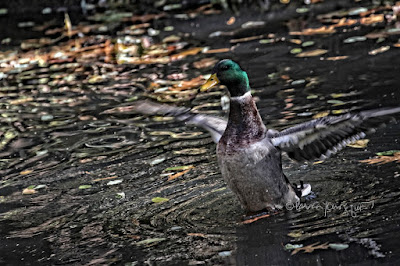 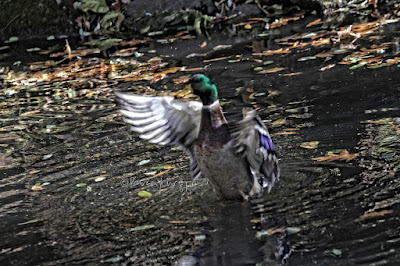 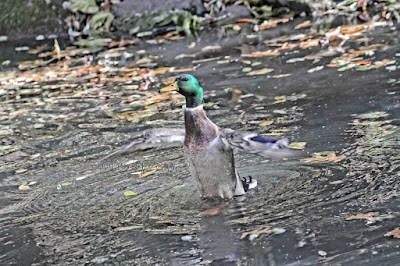 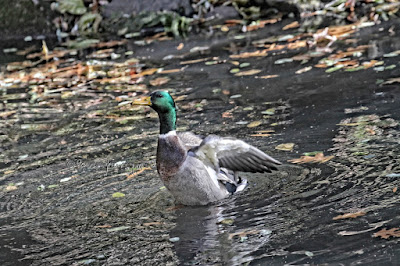 "Where do the ducks go in the winter," is a frequently asked question by visitors to Central Park and is one that Holden Caulfield famously obsessed over in the classic J.D. Salinger novel, Catcher in the Rye.

Salinger's use of Mallards in his novel is something I have discussed in a number of entries here on Blogger, including a post I published on the ninth anniversary of his death, January 27th, 2019.

The question,"Where do the ducks go in the winter," is also referenced in a WildlifeNYC article, in which an uncredited author points out, "...watching (ducks) glide across the Harlem Meer or Prospect Park Lake is a relaxing and enjoyable experience, and a favorite pastime of many New Yorkers. But despite the vibrancy these waterfowl add to New York City’s public spaces, few people know much about them beyond what they look and sound like. To fully appreciate mallards, and to be better neighbors, it is important that we understand them and their behaviors."

This article goes on to say, "It can be hard to stand out in a city as big as New York. Male mallards, called drakes, try their best though. Their trademark metallic green heads are eye-catching, especially when paired with their yellow, black-tipped bills, brown chests, and gray bodies. These bright, varied colors give them a better chance of attracting a female."

It is certainly true that "Their trademark metallic green heads are eye-catching, especially when paired with their yellow, black-tipped bills, brown chests, and gray bodies." as evidenced in the next pictures which I also took this past Saturday. 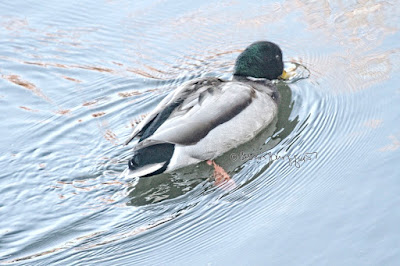 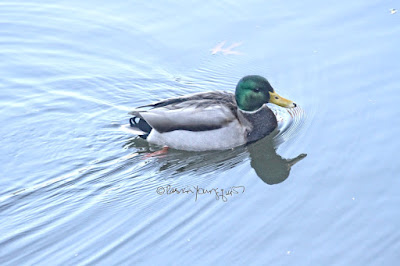 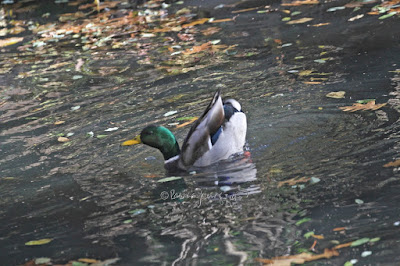 ... "Female mallards— or hens—," as the article points out, "sport a more muted look. They are generally a mottled brown color throughout, with an orange bill that is sometimes speckled with black. These colors provide good camouflage for them while they nest. Both sexes have violet metallic patches on their wings which are bordered with white. These patches are known as 'speculums.'”

The article's description of female Mallards is spot on as evidenced by my photograph of one who is swimming alone... 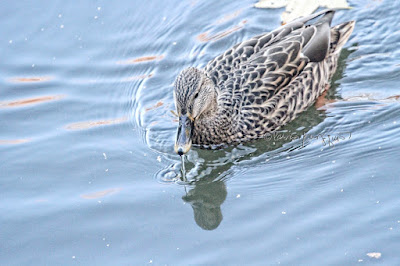 ... and one who is swimming alongside her mate. 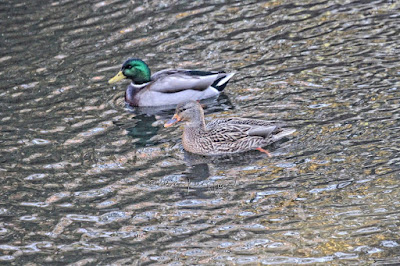 As I write this entry, I'm grateful to have come upon such a well written article and because today is Wednesday, a day for wisdom, I encourage you to read their full narrative.
Posted by The Last Leaf Gardener