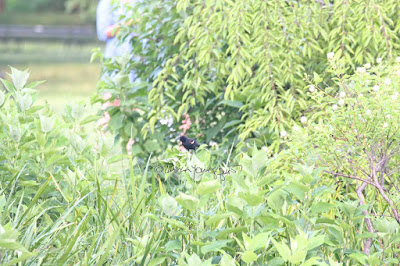 Last evening while walking home through Central Park, I stopped by the deck near the Delacorte  Theatre in hopes of seeing a Great Egret whom I've noticed at this location often (which I've blogged about in prior entries) but he/she was not there.

However, thanks to the long lens of my camera, I was able to notice a male Red-Winged Blackbird alighting on the dense foliage (as evidenced in the photo atop this entry) so I decided to head in that direction to see if I could get a closer look at him.

By the time I got to where I had seen this creature, he was not there, but I did hear a bird singing within that dense foliage and was able to take pictures of the songster. My images can be seen directly below. 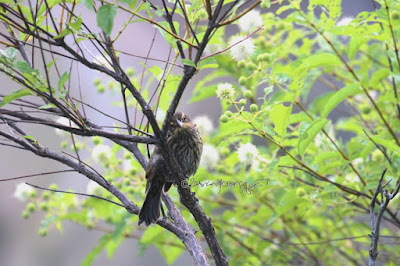 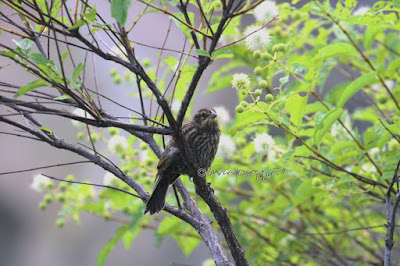 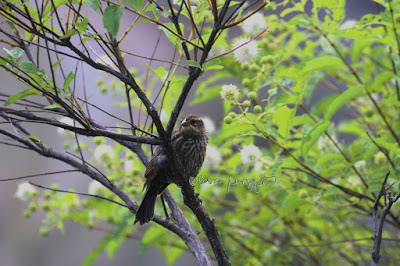 As I was heading down a path I noticed a man looking through binoculars and I assumed he was observing birds so I showed him the pictures I had just taken in hopes that he might help me ID the creature I'd just seen.

The male stranger informed me I had encountered a Song Sparrow and congratulated me on my "find" but I wasn't convinced I had found a Song Sparrow! I've seen Song Sparrows in the park before and upon closer examination of my other pictures (seen in the following series)... 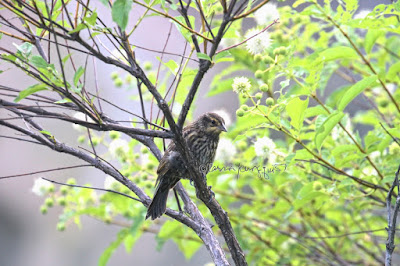 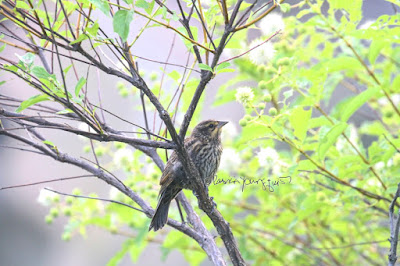 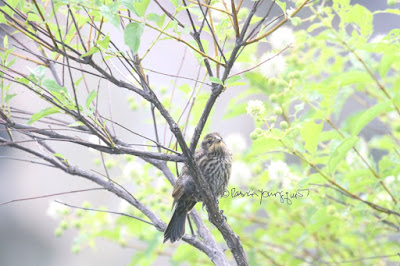 ... I suspected of my "find" was not a Song Sparrow and was tempted to reach out to Amanda Remsberg as I had done last Wednesday when I had a bird ID question, but I felt shy to ask her an ID question  again so I emailed my question to Robert DeCandido PhD, a man who leads bird walks in the park.

Up until last night I had never seen a female Red-Winged Blackbird but I've now learned from an e-bird web-page, "females are streaked brown and often confused with sparrows. Look for long, sharply pointed bill."

A couple of years ago, when I first encountered a male Red-Winged Blackbird in Central Park, I read "Red-winged Blackbirds display marked sexual dimorphism."

This fact ("marked") seems like an understatement as evidenced in the next images of a female and male Red-Winged Blackbird,  wouldn't you agree, dear reader? 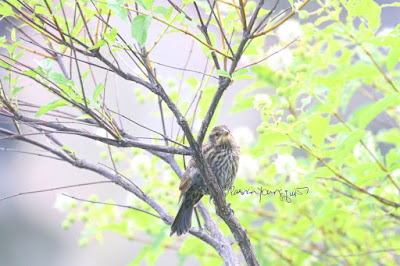 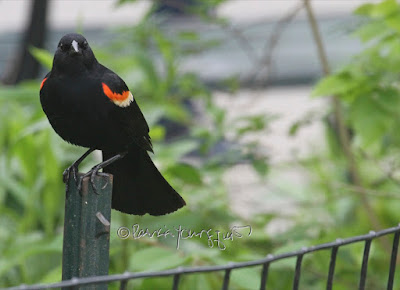