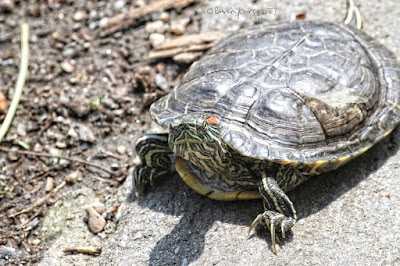 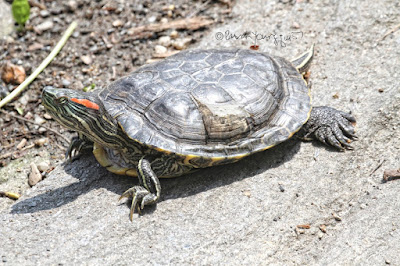 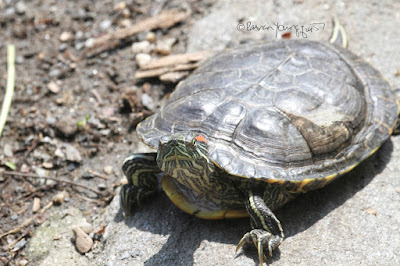 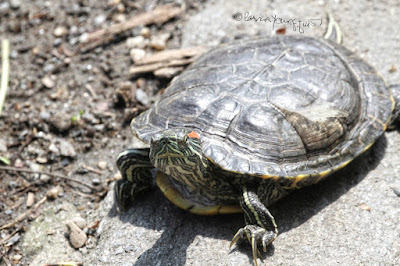 Today's post is dedicated to World Turtle Day, which is a holiday that has been celebrated on the twenty-third day of May since 2000. According to Wiki it is sponsored by American Tortoise Rescue and this event "is celebrated around the globe in a variety of ways, from dressing up as turtles or wearing green summer dresses, to saving turtles caught on highways, to research activities. Turtle Day lesson plans and craft projects encourage teaching about turtles in classrooms."

I've written about World Turtle Day in prior entries here on Blogger, including posts you may reference by clicking here. This year I am honoring the day with the photographs atop this entry featuring turtles who appears to be drumming their nails on a sidewalk in Central Park.

Their nails seemed unusually long to me, but I have learned that turtles (unlike humans) do not need to have regular man/pedis —  at least the ones in CP.

Pet turtles will require having their nails trimmed but in the wild, turtles and tortoises walk or exercise enough that their nails will naturally wear themselves down to a manageable length.

Seeing what looked like drumming, prompted me to research the activity of drumming one's nails and the web has a lot to say about this including a page called Changing Minds, where the following is proclaimed.

Drumming or tapping the fingers can indicate frustration, for example when another person is speaking and the person wants to interrupt. It may also mean that the person drumming wants to leave.

Non-verbal noise sends an audible interrupt signal to the other person. The louder the noise and faster the drumming, the greater the tension the person is feeling. Drumming with the nails makes an even louder noise and hence sends a more urgent signal.

Drumming can also indicate that the person is thinking, and that the frustration is with internal thoughts and perhaps that an easy solution cannot be found.

Something else I observed when visiting the turtles in Central Park was how they carry their young, they don't need a baby sling or baby carrier (a piece of cloth that supports an infant or other small child from a carer's body) as you can notice in the next picture. 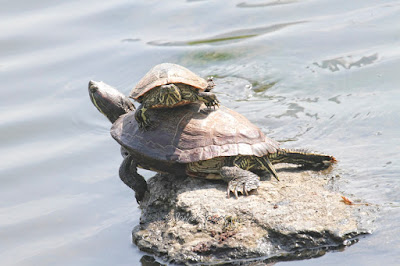 Every time I see a turtle in the park, I am introduced to a habit of theirs which should not come as a surprise to you, dear reader. For as I've said in a number of my postings here on Blogger, the shells of turtles are the inspiration for my kaleidoscopic photographic print titled Turtle Pond, which is pictured below...


... and is available in many sizes via Fine Art America (or FAA) who can print wall art on an array of surfaces (wood, canvas, acrylic, metal and more.

FAA can also render them on items for the home (including pillows and duvet covers), plus they can print images on for personal use (such as tote bags and greeting cards).

And with that dear reader, I encourage you to take advantage of World Turtle Day.
Posted by The Last Leaf Gardener