Yesterday wasn't a good one for a fish in CP! 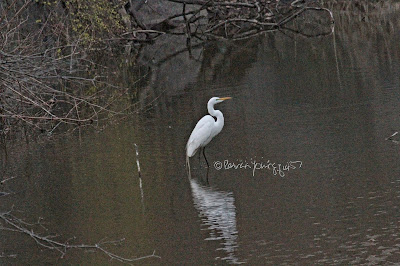 As I was crossing Oak Bridge in Central Park in the early evening yesterday, it was especially peaceful because the guy who normally disrupts the sound of birds singing by playing show tunes on his loud instrument (while sitting on this bridge) was not there. I was blessed to spot a lone Great Egret (who can be seen in the image directly above) making his/her way in a seemingly methodical manner as he/she walked across the lake.

[According to Deborah Allen, expert re avian creatures), male and female Egrets are the same in their appearance so I will continue to refer to them as he/she.]

I have a feeling this creature was the same Egret who I saw last Friday when I was at Turtle Pond (which is a place that has inspired my art work — please see "footnote" one below the conclusion of this post for details) and, as always, I was awestruck by the grace and purpose this bird shows when walking through bodies of water... 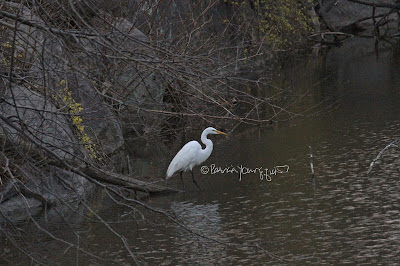 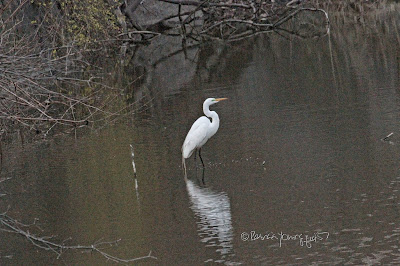 ... as well as when walking on on nearby grassy areas. 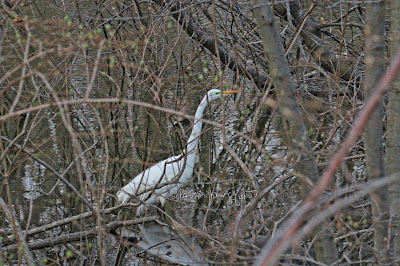 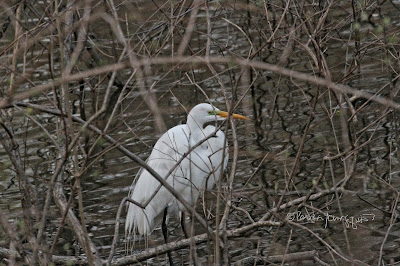 When the Egret makes these moves, it causes me to think of a stanza in a Mary Oliver poem (Egrets):


... Even half-asleep they had
such faith in the world
that had made them - - -
tilting through the water,
unruffled, sure,
by the laws
of their faith not logic,
they opened their wings
softly and stepped
over every dark thing.

And last evening, it was so interesting to see the Egret's reflection in the lake. 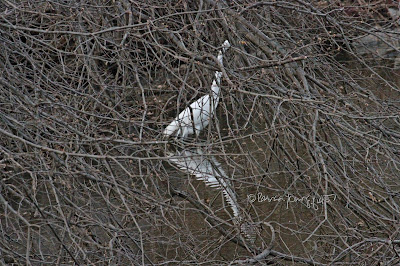 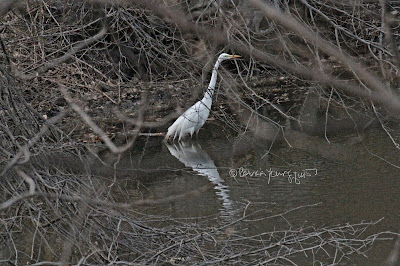 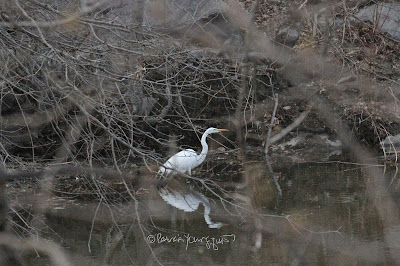 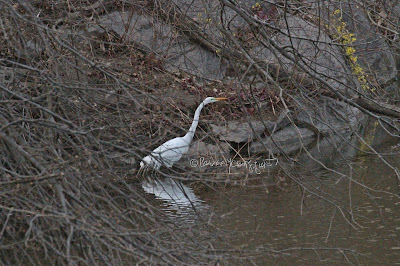 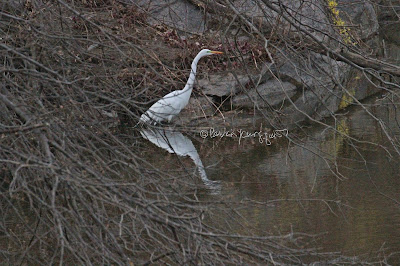 I have seen a number of avian creatures (both in Central Park and at the Hudson River) who appear to be looking at their reflection; as evidenced in the following photographs featuring an American coot... 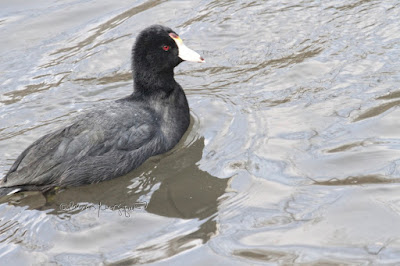 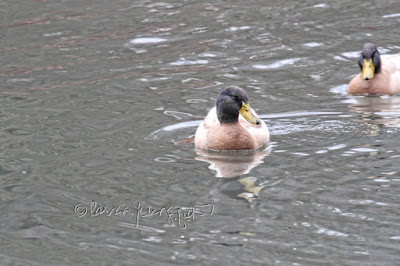 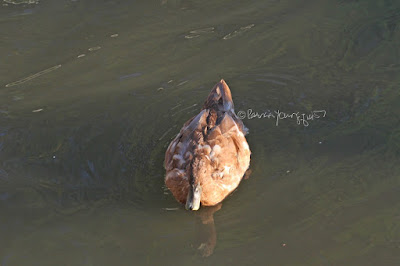 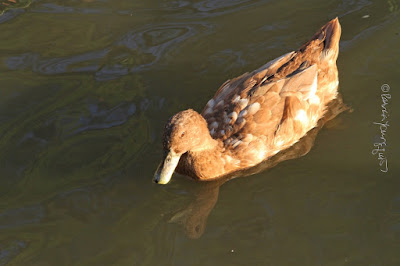 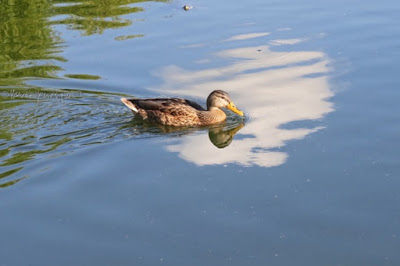 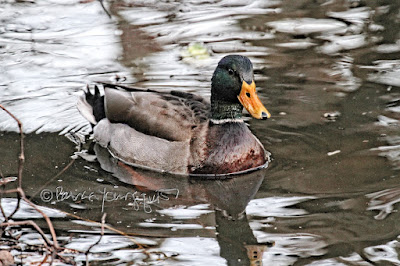 ... the "famous" Mandarin (who has inspired some of the work I have on Fine Art America. Please see "footnote" two below the conclusion of this post for details)...


... the lone Muscovy (who is featured in one of my books, please see "footnote" three below the conclusion of this post for details)... 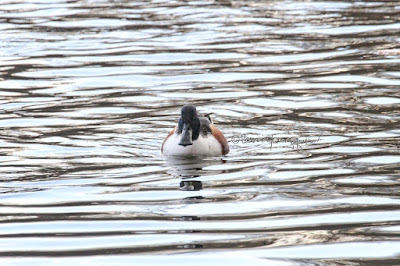 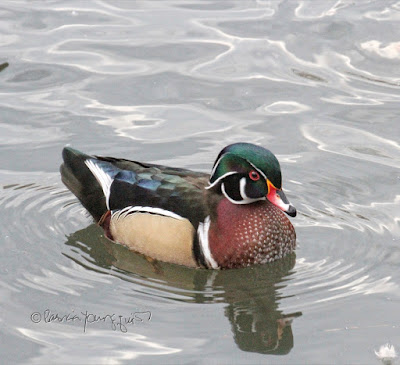 I've also seen shorebirds (at Long Beach) who give the sense that they are looking at their reflections; such as the Ring-billed Seagull... 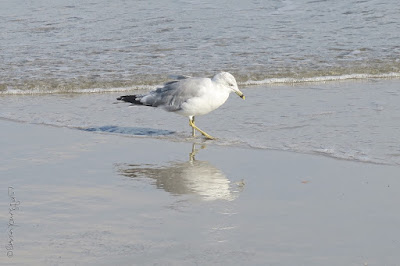 ... and the American Oystercatcher...

... who are members of a bird type feature in volume two of my book series, Words In Our Beak. 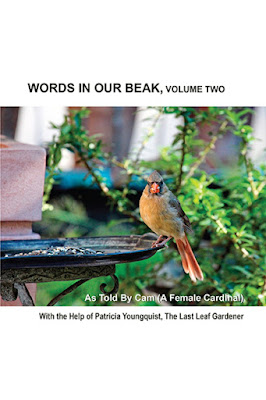 In the case of these oystercatchers, they probably are not looking at their reflection rather they were looking beyond them and using their beaks to "drill for food" (shell fish).

And looking beyond a reflection may have been the case with the Great Egret whom I saw yesterday, for he/she caught a fish and walked away with it to have as an early dinner... 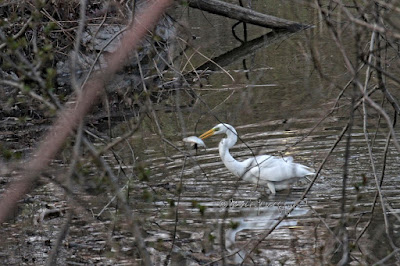 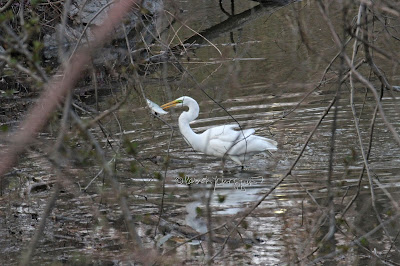 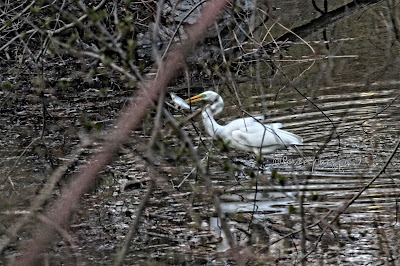 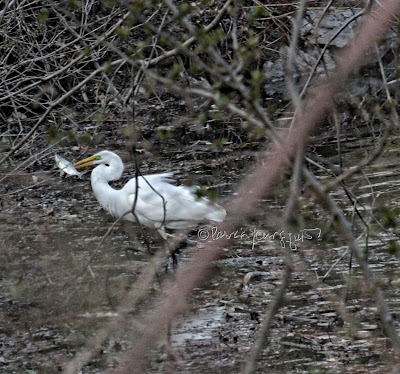 ...which is why I mentioned (in today's title) that yesterday wasn't a good day to be a fish in Central Park.

FOOT NOTES FOR THIS POSTING:

1. Turtle Pond: This place is the subject of my kaleidoscopic photographs, Turtle Pond...


...that can be found in a gallery on my web-site, patriciayoungquist.com... 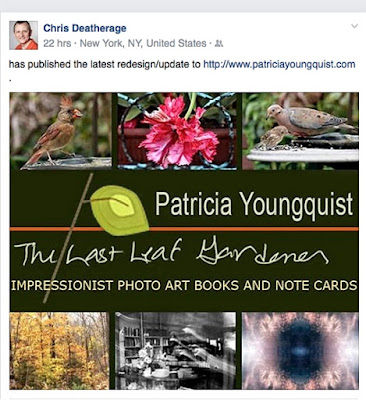 ...which was designed by Chris Deatherage who is the editor and formatter of my Words In Our Beak book series).

This image can also be found in one of my collections on Fine Art America (FAA) and they can print them on an array of surfaces for wall art (examples can be found in the following set of  screen shots).

2. Mandarin duck: A number of my photos of this bird can also be found in one of my collections on Fine Art America (FAA) and they can also print them on an array of surfaces for wall art, a couple of examples can be seen below.


Moreover, FAA can also print my Mandarin duck images on a variety of surfaces for home decor including duvet covers, shower curtains, and throw pillows. The next set of pictures are examples of this.


Additionally, FAA can print my pictures of the Mandarin in Central Park on surfaces for personal use items, including greeting cards (a sample can be seen below)...

Plus, FAA can reproduce images on to a T shirt and/or spiral notebooks. Samples posted below.

3. Muscovy duck, a bird type feature in volume three of my book series, Words In Our Beak.

And that's it for today, dear reader, I'll say bye for now but not before sharing one more picture from my sighting of the Egret yesterday. 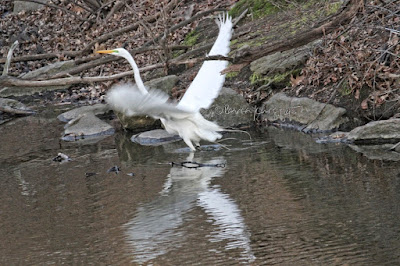