Saturday in the Park (S) 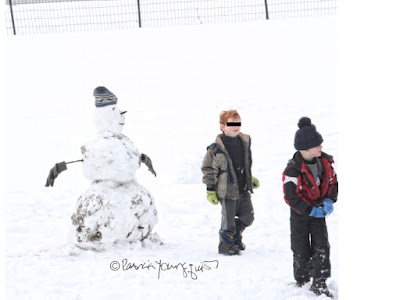 Usually anytime that I'm in a park on a Saturday, I find myself thinking of the golden oldie ("Saturday In The Park") performed by the band, Chicago. This past Saturday was no exception, except it wasn't a "Saturday in the park," rather it was a Saturday in the parks. The first one being Riverside Park, where I was moved by a "scene" I observed soon after I arrived: Two young boys were just leaving the site of a snowman that they had been creating.

One turned back to give their "sculpture" a final goodbye... 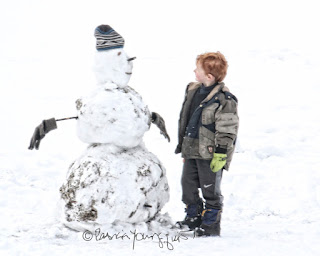 ... then their creation was left to himself and/or for passers-by to enjoy... 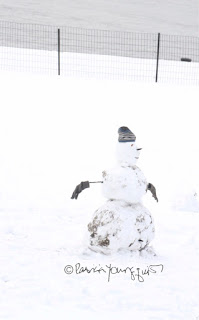 ... before the snowman would inevitably melt away and be gone forever!

Later that afternoon I came upon a coquettish looking snow-woman... 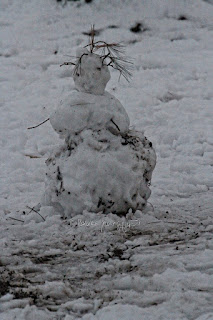 ... in another park (Central Park ) with no evidence of her creators in sight; but there she stood, waiting to meet her inevitable fate once the sun came out in full force.
Posted by The Last Leaf Gardener