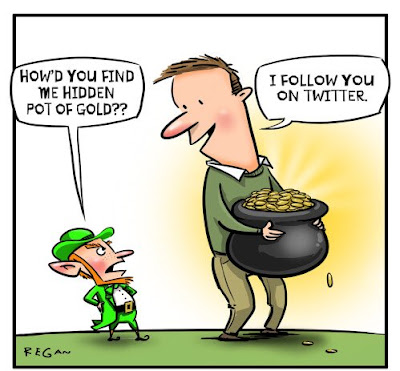 Happy Saint Patrick's Day, dear reader! As you can see, I'm honoring it with a cartoon by Dan Regan, that's posted atop this entry and was sent to me in bygone years.

It's good to be reminded that people do find things/info on Twitter since that's where I post updates re my three volume hardcover book series, Words In Our Beak.*

Hopefully at some point, my tweets to people who give radio and/or interviews to authors will be picked up too, just like the man in the cartoon did with the leprechaun's pot of gold.

As you may know, I publish a lot of information about birds and I now confess that avian creatures who have green on their bodies are coming to my mind today, such as certain male ducks who have green coloring on their heads, like the Mallard and Wood variety (seen below  — respectively — where they are swimming in The Pond that's located in Central Park). 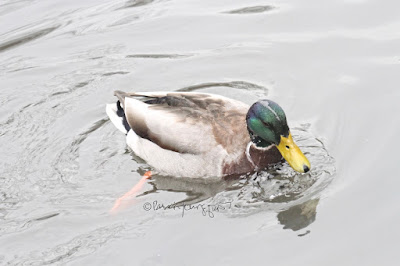 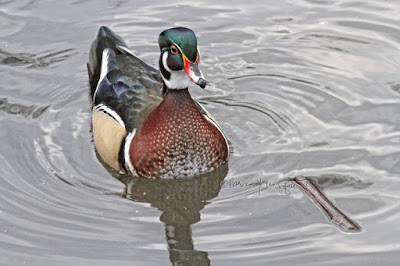 There is another bird with green body parts, a water fowl, who is a frequent visitor to The Pond and that is an avian creature known as an American coot. He/she can be seen in the next picture, and if you look closely you should be able to see his/her green legs and feet. 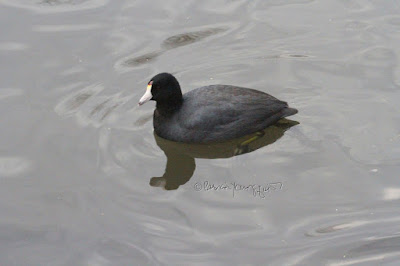 Another fauna type known by the name European starlings (who just celebrated their bird type's 129th anniversary of being in NYC yesterday), will have green coloring in their feathers during certain times of the year, as evidenced in the next set of images which were all taken in my garden.

By the way, my garden is where most of the stories within the Words In Our Beak* book series are set and European starlings have their own "chapter" within volume three.

I'll leave at that for today, dear reader, but not before once again, wishing you a Happy Saint Patrick's Day from my visiting figurines and me. They are now in my indoor succulent garden...