The Tenth Day of Christmas and other Stuff


The web-page, 12 Birds Of Christmas, has this to say re The Tenth Day of Christmas: "We sing the song with the ten lords a-leaping, but originally it was ten pipers piping, at least in England. In earliest known variant found in North America, on the Tenth Day of Christmas, the true love sent ten Cocks A-Crowing. It's all the same, however. Cocks and sandpipers were both legendary for being noisy, excitable, vain and arrogant, feisty, and sexually aggressive  It was shortly after the broadside was published that the word 'rooster' replaced 'cock' in polite company in North America. That may help explain why we don't hear that version today..."

In honor of the gift of pipers piping on this Tenth Day of Christmas, I've posted an illustration by  Roberta Baird, whose whose other bird illustration I included in yesterday's post here on Blogger.

As for piper my images (found directly below), they are of some Least Sandpipers whom I came upon a few years ago when I visited the Jersey Shore. 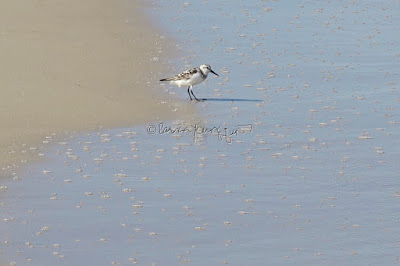 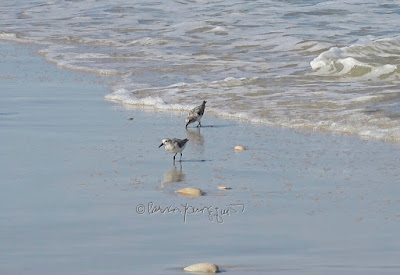 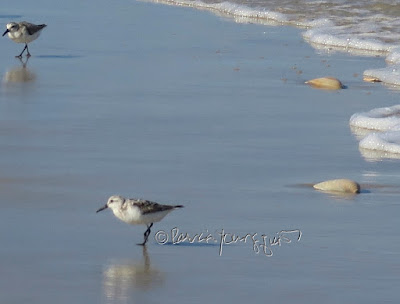 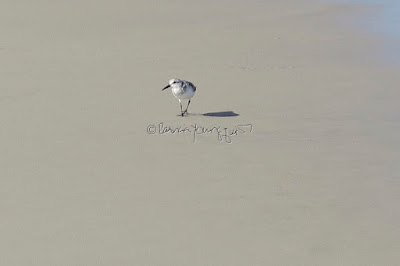 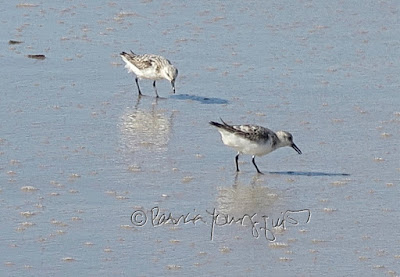 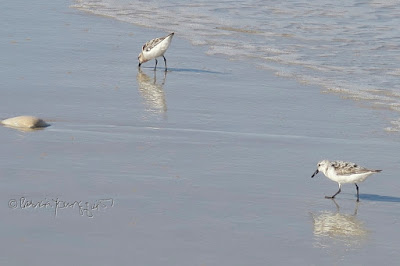 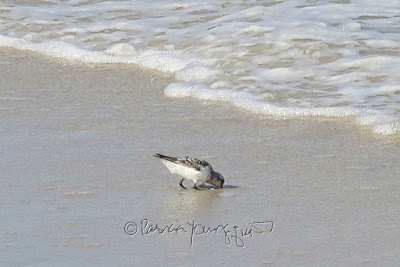 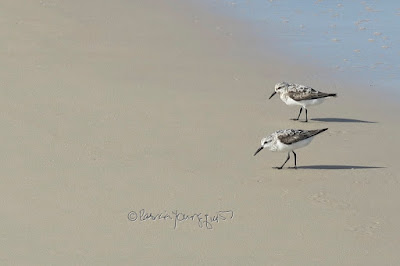 And on another note, I can hardly let this Tenth Day of Christmas pass without mentioning my dearly departed Aunt Grace, who was born on the day of January 3rd. She is pictured below with her siblings which include my maternal grandmother. 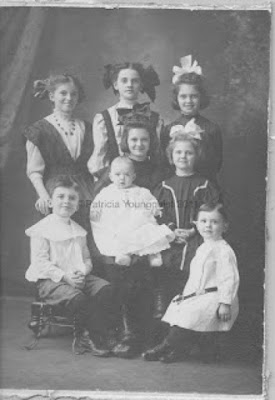 In this photograph, Grace is standing in the middle of the back row. My grandmother is standing at Grace's left. I've written about my Aunt Grace in a number of blog entries. including a post which you may refer to by clicking here. Meanwhile, I hope you are enjoying your Tenth Day of Christmas!
Addendum:
It seems the caption on Ms. Baird's illustration may be wrong. A number of resources discussing "The Twelve Days of Christmas," state that on the Tenth Day of Christmas, someone gave their true love lords a leaping along with other gifts but it was on the eleventh day that the gift of piper's piping was given (eleven of them) along with other presents.
Posted by The Last Leaf Gardener