Monday's Memo: It's the Festum Asinorum (AKA asinariafesta) AKA Fête de l'âne AKA "The Feast of the Ass" 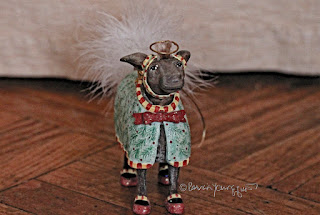 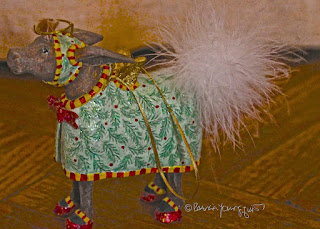 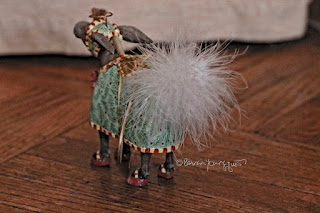 The donkey figurine seen in the pictures here is all dressed up in honor of today's holiday: The Feast of The Ass, known as Festum Asinorum (or asinariafesta) in Latin and Fête de l'âne in French.

This event is always celebrated on January the fourteenth!

According to checkiday.com, "The Feast of the Ass was a Christian feast during medieval times, which was mainly celebrated in France. It celebrated all of the donkeys of the Bible, especially the one that was believed to have brought Jesus and his family into Egypt after Jesus' birth, during what is known as the Flight into Egypt. At that time, the family was fleeing the killing of young boys by Herod the Great. Another example of a donkey in the Bible is the one that Jesus rode on into Jerusalem on Palm Sunday. It is also believed that a donkey was in the stable in which Jesus was born. First celebrated during the eleventh century, the holiday is connected to the Feast of Fools, and was inspired by the pagan Roman festival Cervulus..."

Please join me, dear reader, in wishing my sweet figurine well on her holiday!
Posted by The Last Leaf Gardener

Email ThisBlogThis!Share to TwitterShare to FacebookShare to Pinterest
Labels: Figurines