The First Day of Christmas 2018 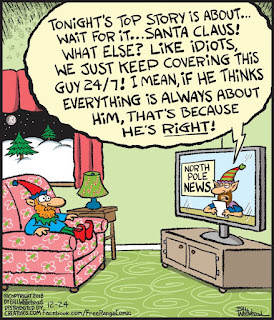 Upon seeing this Bill Whitehead cartoon, I thought of the Mandarin duck who has been visiting Central Park and can be seen in the next set of pictures.


For just like the newsmaker (Santa Claus) in Whitehead's cartoon, IF this duck thinks everything is about him, he's right.

Just a reminder, dear reader, please don't forget to get my Mandarin-themed products (via Fine Art America) for your true love during these upcoming 12 days of Christmas; the first of the twelve days is today!

I'm sure your true love will like my Mandarin items as much as — if not better than — a partridge in a pear tree, two turtle doves, three French hens, four calling birds, five golden rings, six geese a laying, seven swans a swimming, eight maids a milking, nine ladies dancing, ten lords a leaping, eleven pipers piping, and twelve drummers drumming!

As for Whitehead's holiday cartoon, here's another...

.... this one caused me to think of seeing the Jolly Green Giant in Macy's 2017 Thanksgiving Parade... 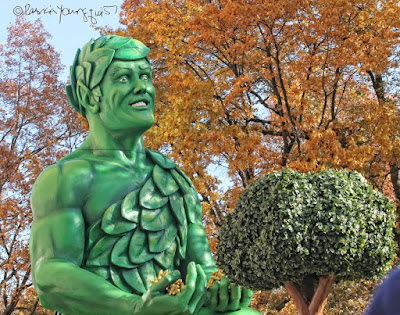 ... where spectators took advantage of the medicine in laughter and shouted, "HO! HO! HO!"