Has the Mandarin has gotten out of Dodge?

I saw this You Tube video in my newsfeed and wanted to share it with you, dear reader, especially since I've blogged about the unusual avian visitor featured in this clip.

I'm very thankful that I got to see the now famous Mandarin duck while he was visiting Central Park, especially since it appears he is gone. If you'd like to read about my experiences seeing this duck pls chk out my blog posts where you will also find a number of photographs of this amazing bird.

Now in his likely permanent absence, I'm trying to heed the wisdom in a quote of Dr. Seuss, “Don't cry because it's over, smile because it happened.”

ADDENDUM: Nearly a little over eight hours after publishing this entry, I'm happy to report that the video included here may have been unintentionally broadcasting fake news — or premature news — for I received a notification that the Mandarin duck has once again been seen spending time in Central Park!

The image directly below is a screenshot of a tweet from Manhattan Bird Alert re this wonderful news. 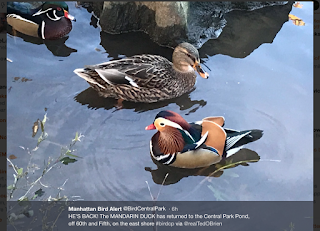 Accompanying their image of this Mandarin duck was text that read "HE'S BACK! The MANDARIN DUCK has returned to the Central Park Pond..."

SOO.... after I dropped off a packet with a query (re my upcoming presentation at NYSEC as well as re the press releases for my book series, Words In Our Beak)...


...  to a television program, I headed to the park and encountered the famous Mandarin again.


And of course, because the body of water where I saw him was a pond, the Mandarin WASN'T swimming with dolphins as humans are known to do; BUT, he was swimming with Mallards and "the Wood duck in residence!" 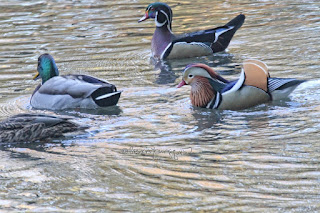 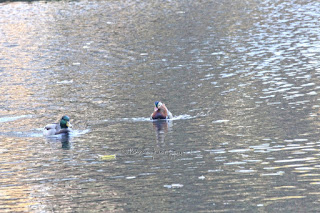 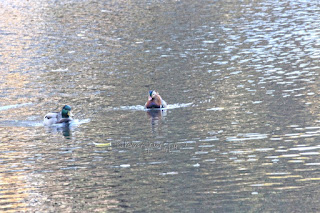 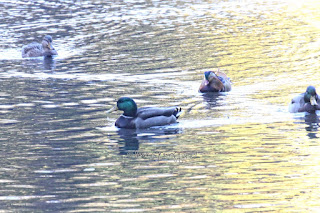 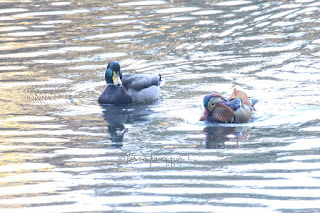 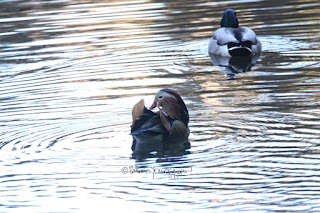 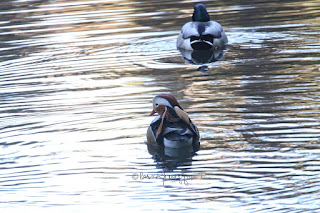 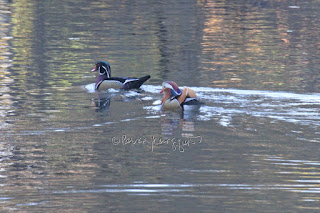 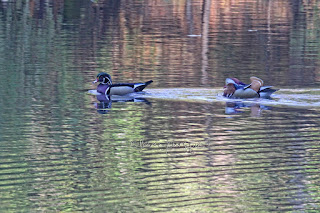 I'm feeling very blessed to have witnessed this scene! AND I'll feel more blessed if my query to the television program leads to coverage of my endeavors.
Posted by The Last Leaf Gardener