.... this strip was published on this day of September 10th in 1982. But Charlie Brown is wrong, Summer is never over on September 10th! The official ending of the season for summer in my hemisphere takes place around September 22nd — twelve days after the tenth, CB!

In any event, as of this posting I was only to get to the beach on two occasions (once in May and once  in August to Long Beach and once in to the beach in The Rockaways).

I had hoped to see a few American Oystercatchers at Long Beach (the bird variety pictured below in an image taken during bygone years during my times ) ...

... this awesome bird variety is included in volume two of my book series, Words In Our Beak, as evidenced in the photo directly below, where Chris Deatherage, the book series formatter/editor, is "referencing" the American Oystercatcher's place within that volume.


But alas, I did not see any members of this bird variety. I did see other shorebirds, members of the seagull family, who included Ring-billed seagulls, Laughing Gulls and young seagulls, all pictured below, respectively. 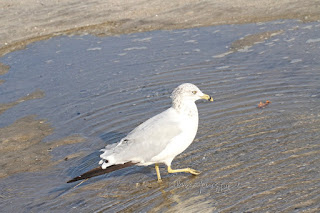 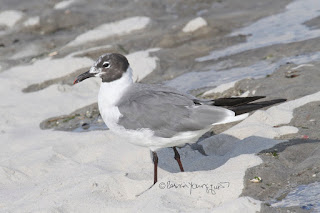 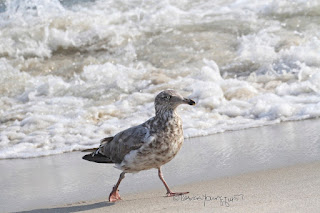 In any event, I always appreciate the chance to see any bird as evidenced in volumes one and two of my book series ...


as well as in volume three which is due to be released this fall...