Tuesday's Truth's: The Ninetieth Segment: Another Day in the Life of Having NF-1 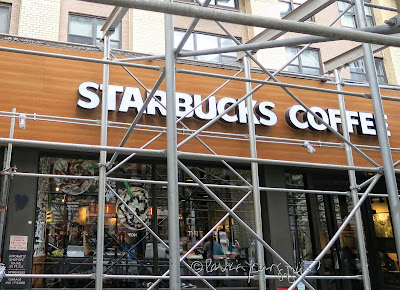 This is my ninetieth post within my Tuesday's Truths series here on Blogger and I'm using it as an opportunity to share a recent experience that I had when I was at a Starbucks on the the UWS of NYC, but first let me ask you a quick question:

Have you ever found yourself nonchalantly walking down the street, going about your every day business of living, when suddenly — from out of nowhere — a stranger calls out to you, points to a perceived “flaw” in your overall physical appearance and asks you, “What is that?”

I hope, for your sake, such an occurrence has not happened to you.

However, this type of scenario has been a fairly regular occurrence in my life because I was born with the neurological condition known as Neurofibromatosis Type One (NF-1) resulting in my having a bumpy appearance.

Unfortunately, many people fear the condition is contagious (it is not) which has caused me to be in uncomfortable situations, such as total strangers stopping me to ask why I look the way I do and it happened recently — just the other week!

During one of the tremendously hot and humid summer days that we have had this summer in NYC, I went to a Starbucks on the UWS (featured in the picture atop this entry) for a cup of courtesy (free of charge no purchase necessary) water, which is served in a cup accompanied by a straw (both of which I can reuse over and over again) as seen directly below. 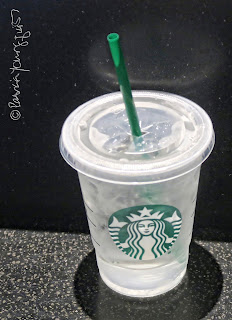 As I was picking up my cup of water, a young man approached me an pointed to my arm stating, "What is THAT?"

He was referring to the "bumps" (growths) on my arms (which are also all over my body and face) that are known as neurofibromas.

These neurofibromas are a consequence of my having Neurofibromatosis Type One (NF-1), which I have had since birth and the type of encounter that I had at Starbucks has been a reoccurring scenario throughout my life.

Never a very pleasant situation, but the experience of them (countless times) has influenced my writing.

In volume one of my Words In Our Beak book series (featured in the next image)...


... I state the following (Cam is a female cardinal who is the protagonist in my book series):

"... Since that time I have seen Cam on many occasions, have met her husband, Mac and their children. I have also listened to her concerns about the plight of being a female cardinal. One time, she explained that 'folks often dismiss me due to my — what some ornithologists have called — ‘dull coloring’, and focus on the bright red males (cardinals).' I can identify with Cam feeling dismissed by others for her physical characteristics (but I think she is gorgeous and would hardly call her 'dull' in appearance). When she has told me how the attitudes folks have expressed (regarding her appearance) have impacted her life, I was very moved."

My experiences with Cam also prompted me to examine my own perceived unattractiveness, and I began my study of the lives of an array of wild birds.

I found many similarities between the behavior of birds and we as human beings which is I discussed in a presentation that I made to school this past June.