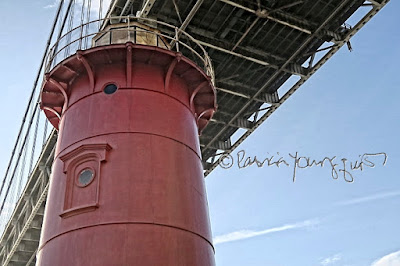 This past Tuesday in honor of the beginning of the month of May for 2018, I posted an entry here on Blogger, reminding readers that this month is Gifts from the Garden Month.

However the month of May is associated with many holidays and observations, not just gardening, and one of the things recognized in May is that it is National Bike Month.

On evening of the first of May, but not necessarily in honor of this fact, my bike captain and I took our second tandem ride for 2018. The temperatures were much warmer than when we took our first ride for the year of 2018 (which I wrote about in a prior entry here on Blogger).

In any event, this past Tuesday, we did one of our "standard" rides which is cycling up the westside greenway (it  runs parallel to the Hudson River) to the lighthouse AKA The Little Red Lighthouse).

A partial view of it (with a partial view of The George Washington Bridge) can be seen in the photo atop this entry. I have published many entries here on Blogger that feature a more complete view of these structures and if you'd like to see these particular posts, please click here as well as here.

Usually when we cycle to The Little Red Lighthouse, we have a picnic on the grounds and enjoy the sunset. However, it was rather crowded with boisterous people and there wasn't an available picnic table.

Aside from the loud conditions that were occurring at our usual picnic spot, ZW (my captain) made the smart executive decision to have our picnic in an area known as Hudson River Park.

Under "normal" conditions for the Westside Greenway at the location of Hudson River Park, cyclists and pedestrians are separated in order for all persons to enjoy their given activities of choice in a safe manner.

However, because a portion of the Westside Greenway is being renovated, cyclists as well as runners and pedestrians were "forced" to share a path.

This particular path is very familiar to me, as I've been there on countless occasions when walking alone, or spending time with friends, or when entertaining guests from out of town; but it is one where ZW rarely gets a chance to spend her time.

To give you a sense of these normally split paths, I've posted a photo directly below. 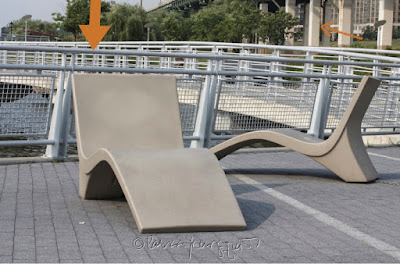 The small stout arrow (left) is referencing a concrete path that is usually off limits to cyclists and is often filled with runners and pedestrians. The arrow at the right is indicating a path which is under the WestSide Highway (hence the pillars) that is designated for cyclists.

For a few years, the grassy area between the pedestrian/runner path and the cyclists path, has been a "home" to sculptures/monuments created by members of The Art Students League. A selection from their Model to Monument installation during the years 2012, 2013 and 2014 can be seen in the next set of pictures. 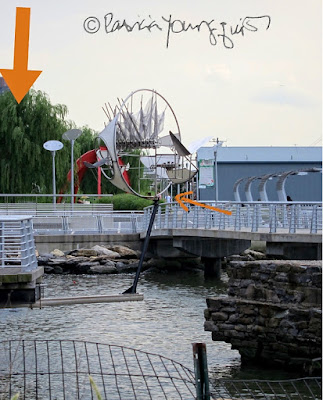 The image directly above, is a sailing-themed sculpture which was in Hudson River Park in 2012.

The stout arrow in the upper lefthand corner indicates where the cyclist's path is located (behind the weeping willows).  The arrow at the right is referencing the pedestrian/runner path (which is to the immediate right of the steel railing).

As you can see, this was a much better path to be on if one wanted to see this sculpture, but as you might surmise, it is very narrow when having to be shared with cyclists.

In 2013, pedestrians and runners got a great view of another sculpture — a ballerina.

She's named A Frolicking Stray and was created by John N. Erianne), but cyclists probably did not see her so clearly. The arrow to the right in the photo directly above is referring to the path for cyclists, while the arrow in the lower left hand corner indicates the location (off camera) of the pedestrian/runner path. 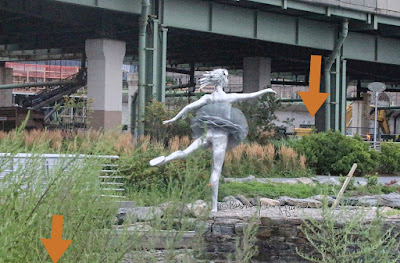 And in terms of sculpture viewing, the same was true for people being able to view a couple of 2014 sculptures featured in the next photo. 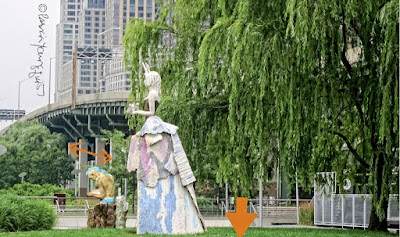 The double-sided arrow (at the left) indicates the path for cyclists, and the stout arrow (right) is referencing the location (off camera) of the pedestrian/runner path.

Besides being able to view sculptures from a path, pedestrians and runners have opportunities to picnic at unique areas in Hudson River Park.

In addition to the standard picnic tables, there are a number of "counter" style table tops with stools that swivel to be found along the pedestrian/runner path. An example of this can be found in the following image. 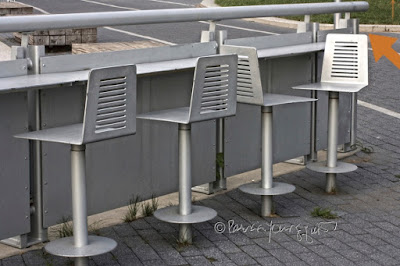 The arrow to the right shows the aforementioned path and there are several of these "counter" style table tops to be had. They are all attached to mini piers along the river.

One of these dining areas is quite familiar to me, for I celebrated a number of of my birthdays there with my dearly departed friend Donna De Solis. She can be seen waving in the next photograph, which is included in a memorial DVD that I created in her honor. 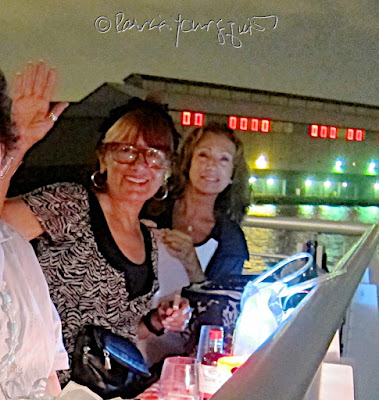 Another dining area adjacent to this one is under a weeping willow tree and is also a spot where Donna enjoyed spending time as evidenced in the next images. 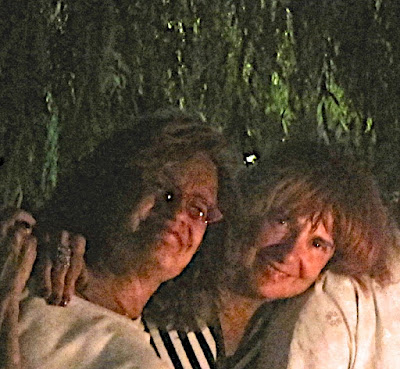 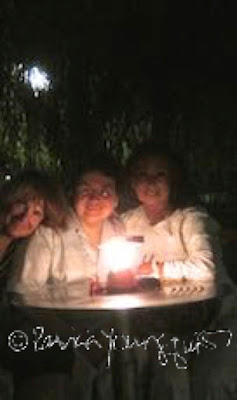 And it was at one of Donna's favorite tables that  ZW (who can be seen in the photo below) and I parked her tandem and enjoyed our picnic. 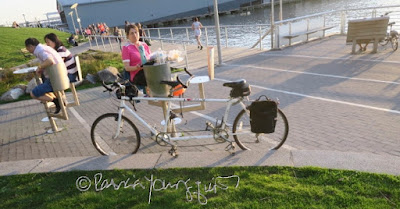 My memories of Donna, seeing others enjoy a peaceful sunset, watching a traveling barge as well as a lone kayaker making his/her way north up the Hudson River, made it a great second tandem outing for the year 2018. 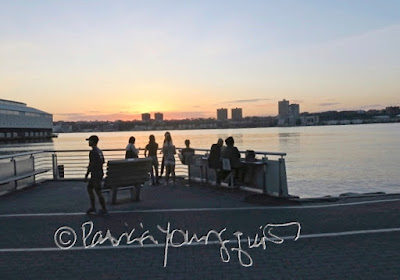 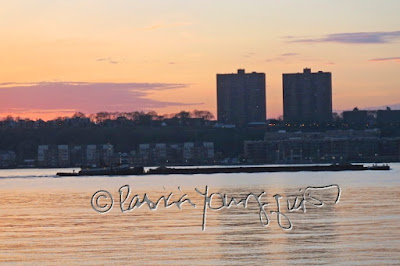 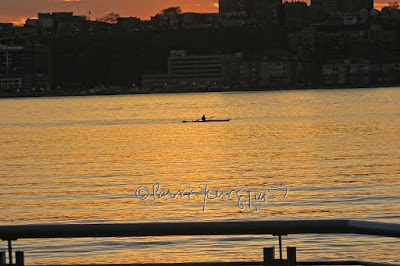