The Feast of the Epiphany 2018 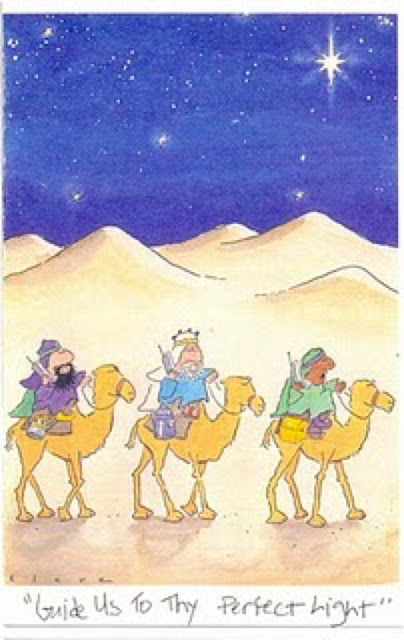 Today is The Feast of the Epiphany. According to a web-page on Holiday Insights, "Caspar, Melchior and Balthasar were the three kings (also known as the Three Wise Men) who saw the star over Bethlehem when Christ was born. They followed it to find the Christ child on January 6th. They brought the Christ child gold, frankincense and myrrh." —  And they did it without mobile phones, contrary to what the cartoon atop this entry suggests.

Last year in honor of The Feast of the Three Kings (Epiphany), I attended a parade, which has been an annual event in NYC for forty-one years, but it was the first time I'd ever seen it since I moved to Manhattan in the 1980's.

I wrote about the experience in a 2017 blog post, which you may reference by clicking here.  I was truly fortunate to have seen it, because this year, the event was cancelled, due to the weather conditions which were brought on by the "bomb cyclone," (a winter storm) that hit the city this past Thursday.

Be that as it may, it has been my routine to have friends over on, or near this feast day of The Three Kings, to enjoy a Three Kings cake made by a local bakery. I present it to them with the help of some figurines, as evidenced in the next picture. 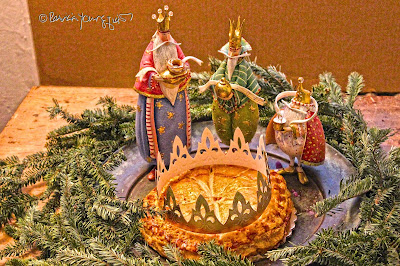 The bakery who makes the cake, includes a crown with the cake, and it can also be seen in the aforementioned photograph. Either last year or the year before, when I served this special cake to friends, one of whom had a chow chow dog (named Uli), we gave the crown to the sweet canine, as seen in the image below. 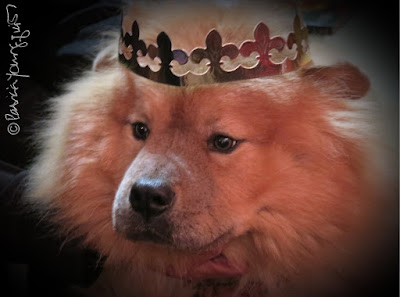 But this is the year that Uli should truly gloat in wearing a crown, for in a few week's time, it will be the start of the Chinese New Year, and this time, it's The Year of the Dog! Stay tuned for more info, and, meanwhile, I hope you enjoy your Feast of the Epiphany.