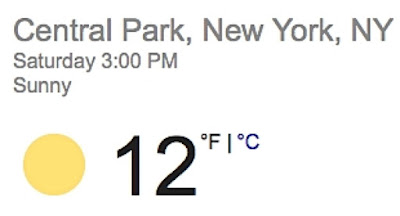 I've just returned home from taking a walk in Central Park, where it is currently twelve degrees, and the real feel is less than that. However, these cold temperatures did not deter a number of folks, who like yours truly, often heed the wisdom found in the lyric lines of the song, Saturday in the Park, by the band called Chicago.

For indeed it was a very funny day in the park! Even a lone squirrel was attempting to make a snow angel, as evidenced in the image below. 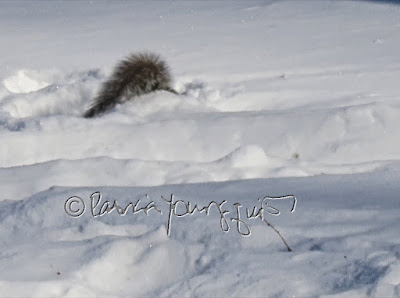 And a couple of other squirrels proved they were New Yorkers because they were "wearing" black as seen in the next set of pictures. 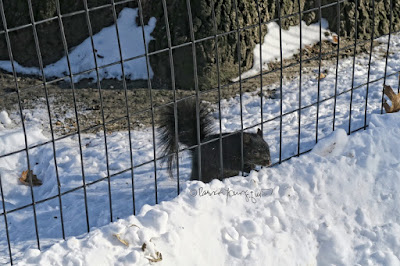 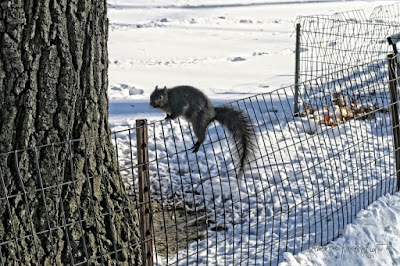 A web-page for hercampus.com has this to say as to why us folks who live in NYC wear black: "Wearing black is our way of letting the world know that we are not guests of New York making our way through the city like any other transient visitor. We are the inhabitants of the infamously uninhabitable– survivalists in the place that reveals who has what it takes. New Yorkers wear black as a symbol of pride, a badge of honor, an indication that this is the city to which we belong."

Even though I mostly wear black, I'm not sure about this observation, I think it's a little precious sounding, but one thing that I am pretty sure about is this: If today were February second, (which is Ground Hog Day), NYC dwellers would probably be looking at six more weeks of winter, for as you can see (in the middle photo above), this little creature saw his/her shadow!
Posted by The Last Leaf Gardener