At an entrance to Riverside Park located at 72nd Street and Riverside Drive in NYC, there is a statue of Eleanor Roosevelt, which I've featured in prior entries here on Blogger.* I passed it again today as I made my way down to the Hudson River to watch this evening's winter solstice sunset.

If one enters the park from the statue, a short walk down a sidewalk takes you to a dog run where I happened upon a lone ghost holding a Jack-O-Lantern (as seen in the image directly below). 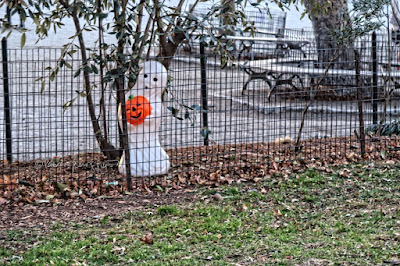 I came to the conclusion that this ghost had not gotten the memo that Halloween was over, or, that he/she may be the ghost of Christmas past, awaiting the holiday, which is (as of this posting) now only four days away. But whatever this ghost's circumstances were, I may never know, for I did not stop to ask him/her.
Instead I made my way west a few yards where there is an arch that one must pass under (seen in the image below) in order to go down to see the Hudson River. 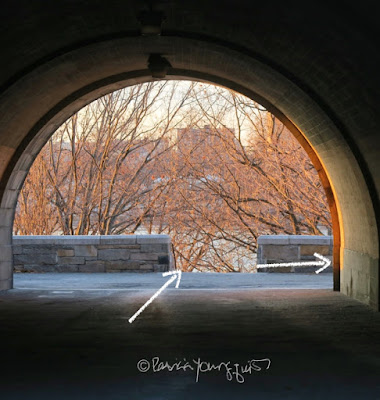 If you go straight (left arrow), there is a long staircase to descend and if you go right (right arrow) there is a steep ramp (shared by pedestrians and cyclists) that leads to the river. I usually opt to take the stairs to avoid cyclists.

In any event, upon descending the stairs, I reached the greenway which runs parallel to the river (as I've mentioned in previous posts, including the entry that I made this past Monday) and I headed north towards the boat basin where I hoped to see Jewel, a Muscovy duck, who spends her time year round in NYC.

I was so blessed to find her there, standing on one of the river's piers (as seen below).

She soon flew to a higher point, one of the rocks alongside the river, where she spent time with Mallard ducks observing other Mallard ducks, as evidenced in the photographs below.

She almost looked like a lifeguard as she perched there and watched the Mallards as well as the Canadian geese swimming in the river (below her vantage point).

Meanwhile, on the lawn that is situated to the east of the river — parallel to the greenway — squirrels munched on snacks (as seen below). 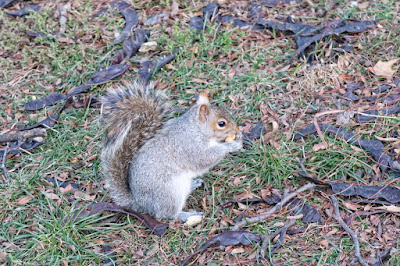 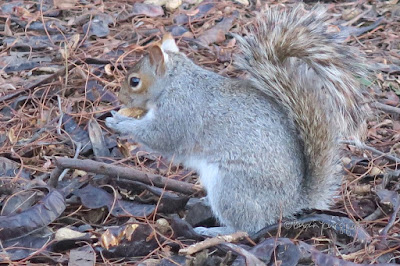 But as much as I loved seeing all this wildlife, I had to cut my visit short as the sun was setting early; a view of the winter's solstice sunset over the Hudson in NYC can be seen in the next image. 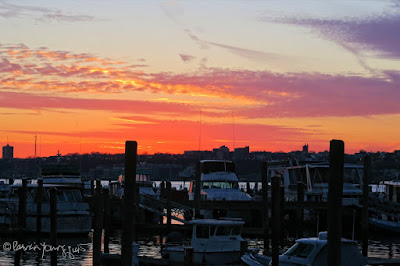 Be that as it may, how was your winter solstice, dear reader?

*REFERENCE: Eleanor Roosevelt's statue is featured in all of the versions of the book (pictured below), Words In Our Beak Volume One. This is because Cam (the cardinal who is the book's author) is a great admirer of Ms. Roosevelt.

The digital versions of Volume One within the Words In Our Beak book series that are mentioned in this entry may only remain available for a limited time, but hardcover versions of volume one, two and three can now be found wherever books are sold.