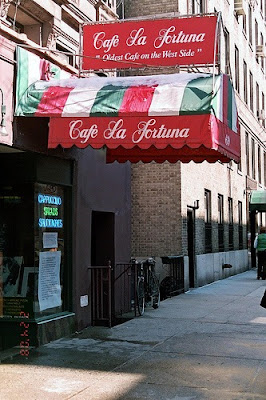 If John Lennon had not been shot and killed on this day in 1980, he would be seventy-seven years old. When Lennon lived in NYC, he and his wife frequented a number of places on the UWS, including Cafe´La Fortuna, whose storefront can be seen in the image top this post. I lived above Cafe´La Fortuna, on the top floor in an apartment where the toilet was in my clothes closet (as seen in the photo below). 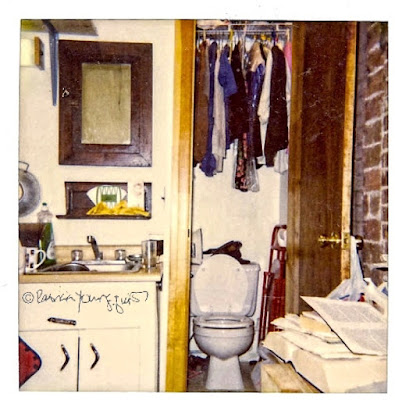 This image was featured within one of my very first entries here on Blogger back in 2010. In any event, the studio that I lived in above Cafe´La Fortuna, had no window, except for a small skylight that did not completely open.

I was very fortunate to move to a place where the toilet is in the bathroom and where I have three windows, one of those being a window on the backdoor that leads to my rooftop garden.

The following image features one of my last aerial views of it. which was taken this past October by Juan V and featured in an entry here on Blogger at that time. 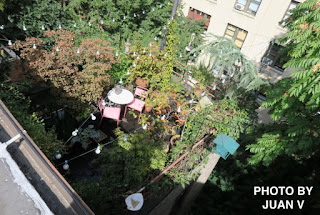 But getting back to John Lennon, I have featured him within a few posts on Blogger in bygone years, and in honor of this anniversary of his death, I invite you to read them by clicking here.
Posted by The Last Leaf Gardener