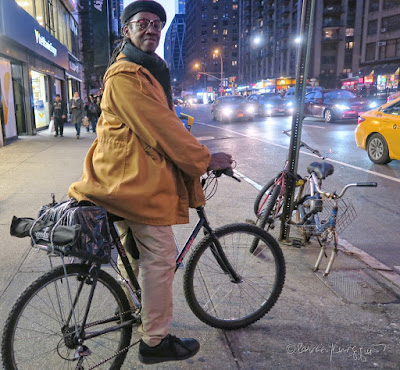 It's a few minutes after midnight Eastern Standard Time and I am just now composing my entry for Sunday, November the 12th 2017, as it is my first opportunity to write a blog post for that day.

The image above, as well as the text directly below, were published on Facebook late this afternoon.

"My good friend, Donna DeSolis (DD), who died in June of 2015, is always on my mind, and even more so lately. After she passed from this life, her son Bryan De Solis, asked me to compose a memorial DVD in her honor of her life. This is something I've mentioned before in prior posts on FB as well as in entries here on Blogger.

The DVD that I produced in memory of DD, features Édith Piaf singing, 'La vie en rose.' I gave copies of my video to some folks who attended a reception after Donna's memorial service, but I've also posted it on my You Tube Channel.

It was a very emotional experience compiling the video, and a few days after I completed the project, a friend and I made a trip to see our dear friend Victor, who had worked with Donna. I arranged with the friend who was driving me there to pick me up at a street corner on the UWS.

While I was waiting for her, a cyclist came by, playing loud music, and the song on his boom box (which was attached to the bike) was 'La vie en rose.' I've seen him a handful of times since, and each time he passed on his bicycle, 'La vie en rose' was playing loudly.

A few months later, I happened to encounter the music-playing cyclist (who identified himself as Frank) because he was stopped at a traffic light. I called out to him and told him my story of DD and 'La vie en rose.' Then last November, I encountered him again and I called out to him so that I could take his picture, which is featured with this post.

In any event, since I'm going through some rough medical issues and have been living on the edge due to the monies spent to resolve them; as well as monies spent in producing the soft and hard cover versions of my book (Words In Our Beak Volume One), I found myself thinking about DD, who happened to believe that I had talent.

And I said to myself I could sure use seeing Frank, the cyclist again, but I imagined that I probably would not, because the temperatures are very cold for cycling, or for doing much of anything else.

Moreover, I've been quite chilled due to a malfunctioning window, and had to spend my entire morning dressed in layers of cycling clothes (they seal in body heat during cold temps) while I waited for someone to come attend to my window.

Therefore, I was unable to go take my compost to the greenmarket this morning, as is my Sunday standard. But when I was finally able to have the window temporarily fixed, I went out, and in the distance I heard  'La vie en rose' playing. It was coming from Frank's boom box.

I'd like to think that this means DD is still with me. She knew I appreciated an opportunity to cycle whenever I could, and I knew she loved 'La vie en rose.'"

In any event, after getting my window fixed and publishing that post on FB a, I spent time with someone who had her dog (Jazz) euthanized (due to the fact that he was having kidney failure). I've featured images of Jazz in a prior post here on Blogger, but in honor of his passing, I'm including the pictures again (directly below). 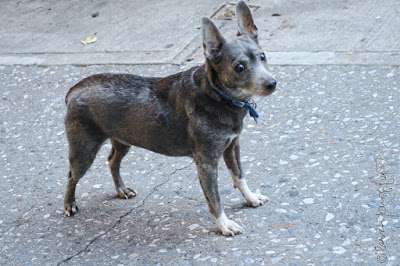 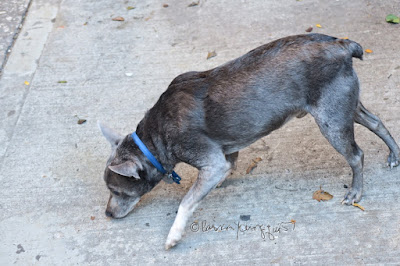 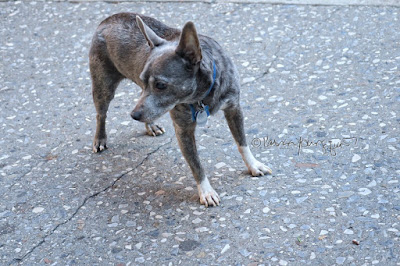 Then this evening I had to attend a memorial event for Emil Botti (seen in the next photo). 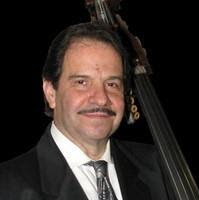 Emil was my tandem cycling captain's boyfriend. Botti passed away this past August. The following is his obituary, which was published in The New York Times.

Mr. Botti was born in Brooklyn, NY in 1951 and raised on Long Island in Lakeview, NY. His early studies were with Walter Botti (no relation), former bassist in the New York Philharmonic. He received his B.M. from The Manhattan School of Music, where he studied with Orin O'Brien (currently in the Philharmonic), and his M.M. from The Juilliard School, as a student of John Schaeffer (formerly in the Philharmonic).

Mr. Botti leaves behind a legacy of kindness and generosity which is valued and shared among a large community of devoted friends, students and musician colleagues.

A memorial service is being planned for the fall."

Forgive me, dear reader, for posting an entry that's a play by play of my Sunday, instead of providing my "usual" content, I'll be back up to speed for my Tuesday's Truths series on November 14th 2017.
Posted by The Last Leaf Gardener