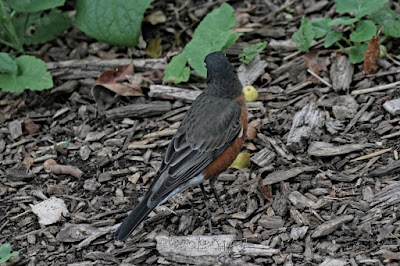 Hello, and welcome to the fifty-eighth week of my Tuesday's Truths series, which is being dedicated to the American robin's eye placement.

Here's the deal, a few days ago, to avoid Central Park's congestion (the powers that be were setting up barricades for a huge event), I made my way west to Riverside Park (RSP) so that I could go down by the Hudson River side.

As I passed through RSP, I was delighted to encounter a lone American robin (seen in the image atop this entry), especially since this bird type has not been to my rooftop garden for a number of days.

With his/her back to me, I was able to appreciate the creature's profile, which showed me, up close, what I've read: "American robins use their eyes individually as they tilt their head from side to side. It's known as monocular vision, and is how they, and many other birds, locate their food, primarily worms and grubs."

I confess that I was mesmerized by this robin's eye placement. 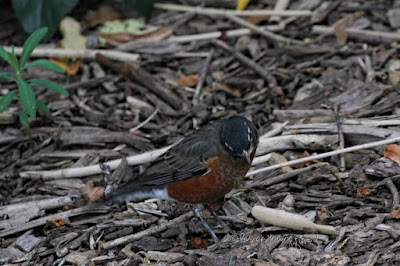 And, I admit that it was difficult to assume what this lovely creature was observing. Was he/she looking for friends or family as I wondered when I saw the gaze featured in the next set of images? 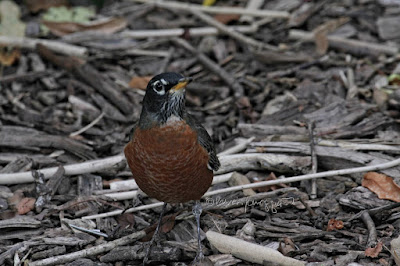 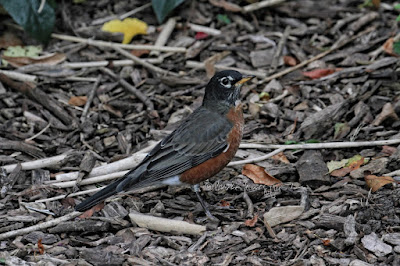 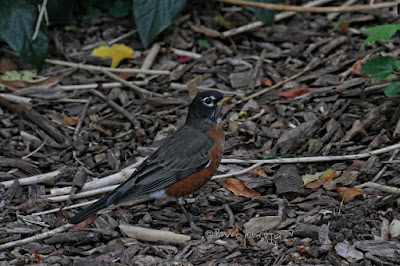 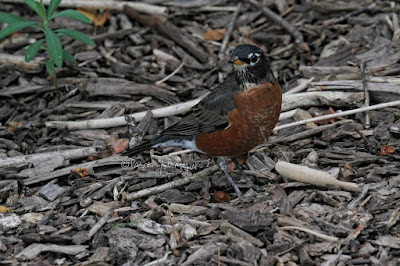 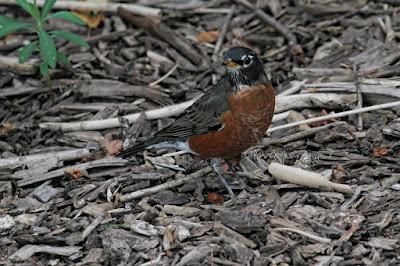 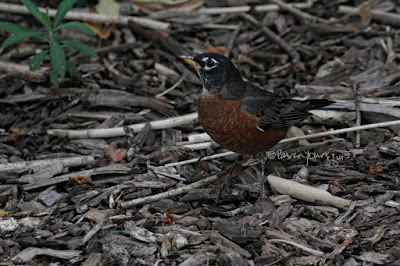 And also was he/she observing yours truly? 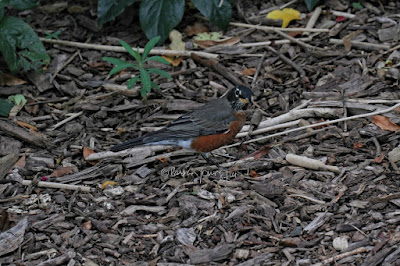 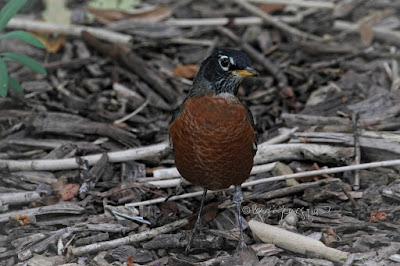 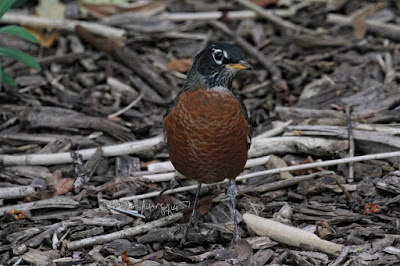 It's hard to say what a given bird is watching. Perhaps members of the avian community, feel the same way about a person's gaze, as evidenced by the bird featured in the Mutts comic strip posted directly below.