It's beginning to look a lot like Halloween... (at least that's the case in my armoire) 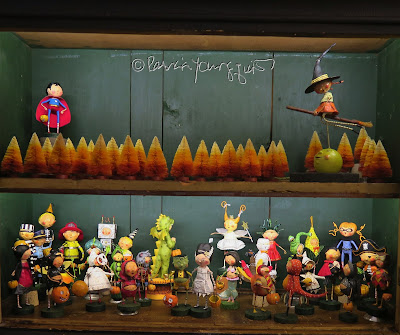 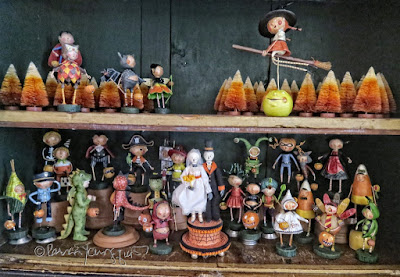 Once again, it's beginning to look a lot like Halloween in my armoire. My costume clad figurines have returned in honor of Halloween 2017. These whimsical characters can be seen in the first image atop this blog entry, where they are participating in a dress rehearsal for yet another vow renewal ceremony, for which guests have been told to wear their Halloween costumes. I say "yet another," because last year there was a different vow renewal ceremony that occurred here.
The second image atop this entry is from that time, and it is included in an entry which I where I also posted cool facts re the occasion here on Blogger.

In any event, if you look closely at both images, you'll see the bride and groom for each ceremony, but, I've also drawn a circle around the loving couples within copies of the pictures, to make it easier for you to find them. All of this can be seen in the next two images. 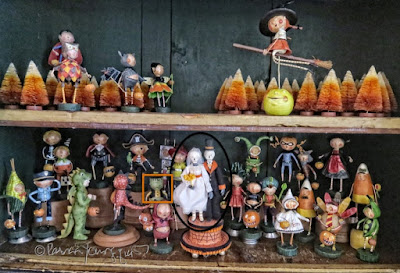 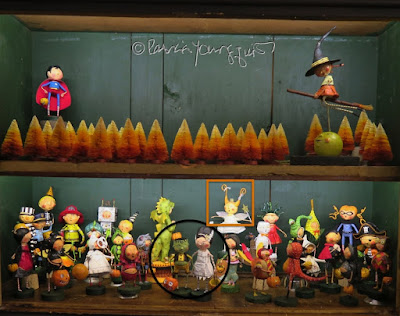 As you can see, I've also drawn an orange square around a single figurine in both images. In the first one the orange-lined square square indicates where Frankenstein is standing. In the second image, he can be seen within the circle with bride, The Bride of Frankenstein.

The orange-lined square in the image I've just referenced, indicates my figurine who always dresses as a Tooth Fairy. 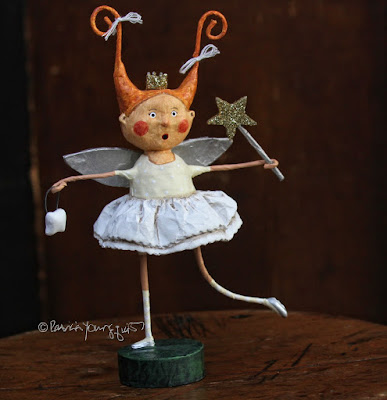 She has been featured in prior posts here on Blogger, but came to the dress rehearsal for Frankenstein and his bride, as she wanted to calculate how much money she might need to put under pillows, in the event my guests eat too much Halloween candy and lose teeth.

The Bride of Frankenstein, pictured below, 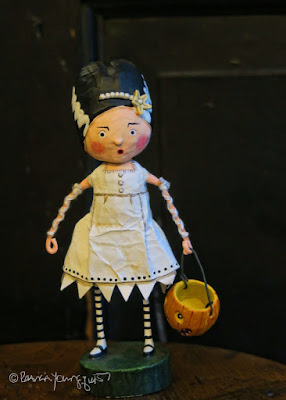 is the only newcomer to my armoire for this Halloween season, the rest of these characters who are featured in both group-shot images, have been coming to my place for years.

Frankenstein is thrilled to be reunited his bride, especially since tomorrow, October 29, 2017, is his holiday, Frankenstein Friday, tune in tomorrow for a blog post discussing facts around this particular holiday.